This fall, The Frick Collection presents a focused exhibition on two important Renaissance paintings by the celebrated artist Paolo Veronese (1528– 1588), St. Jerome in the Wilderness and St. Agatha Visited in Prison by St. Peter.  These two rarely seen  canvases left Italy for the first time since their creation, over 450 years ago. 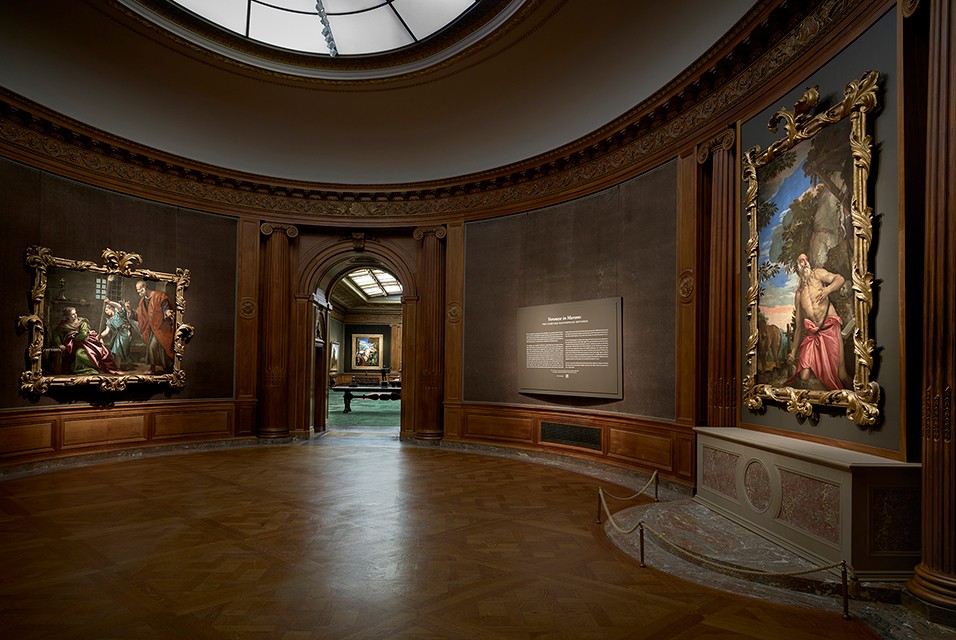 And thanks to Venetian Heritage and the sponsorship of BVLGARI, they have been fully restored and returned to their original glory. Veronese in Murano: Two Venetian Renaissance Masterpieces Restored, on view October 25, 2017, through March 25, 2018, provides a unique opportunity for an international audience to discover these two masterpieces in the Frick’s unique setting. The exhibition is organized by the Frick’s Peter Jay Sharp Chief Curator Xavier F. Salomon, an eminent Veronese scholar, and Venetian Heritage.

The first of these two works depicts St. Jerome, who lived between the fourth and fifth century in Dalmatia and is known primarily for having translated the Hebrew and Greek versions of the Bible into Latin. Jerome spent substantial time in the desert, probably in Syria, where he led an ascetic life.

While living as a monk in Bethlehem, Jerome was visited by what was to become one of his most frequent iconographic symbols. As he and the other monks were reading the Scriptures, a lion limped into the monastery. The men fled in terror, but Jerome realized that the animal was injured. He asked his fellow monks to help him remove the thorn that tormented the animal’s paw, then dressed the wound.

Veronese portrays Jerome in the desert, with trees framing the composition. On the right, wooden beams held together by ropes and covered by a roof of leaves indicate a rudimentary hut, a shelter from the elements. Underneath this structure is a still life of objects traditionally associated with Jerome: a crucifix, an hourglass, a skull, and two open books. The hourglass and skull refer to the transience of life, while the volumes allude to Jerome’s translation of the Bible. The saint is an isolated figure in this landscape, alone in his grueling devotion. His muscular body is tense, covered only by a red cloth secured by a cord. Toothless and haggard, his face is transfixed as he focuses his tear-filled eyes on the crucifix, while beating his chest with a rock. The bruised ribs are visible, and drops of blood testify to his self-punishment. A divine wind rustles the saint’s graying beard, an extraordinary passage of bravura painting. The faithful lion on the left is the only witness to his frenzied state.

The second Murano canvas depicts a less typical narrative: St. Agatha Visited in Prison by St. Peter. Agatha was a third-century martyr from Sicily who lived in Catania at the time of the Christian persecution under the Roman emperor Decius. Of noble origin, she had pledged her chastity to God and therefore would not yield to the advances of Quintianus, a Roman consul, who was enticed by her beauty.

Veronese sets the scene in Agatha’s dark prison cell, which he describes in detail. A high, barred window and a door to the right are the only portals to the outside world. Below the window is a bed, a simple wooden frame covered by a thin mattres, underneath it is a chamber pot. A candle at left illuminates a wood shelf where Veronese has created a modest, yet exquisite, still life: a glass pitcher with red wine, a bowl, and a loaf of bread. Agatha has been interrupted during her prayers in the semi-darkness. She is clothed in a green dress and clutches a pink drapery around her. A heavy chain below the bench makes clear that Agatha is a prisoner in this room. With her left hand, she draws a white, blood-stained cloth to her wounded breasts. She steadies herself against the bench, surprised by the two visitors that have burst into her cell. A glorious blond angel dressed in light blue holds a long taper, bringing light into the shadowy room. He precedes St. Peter, who stands by the open door, monumentally dominating the right part of the picture. The saint is dressed in blue and burnt orange. In his left hand, he holds the keys to heaven (one gold, one silver), his standard attribute. With his right hand, he gestures upward, referring at once to his celestial mission and to Agatha’s imminent healing, and possibly to her death and heavenly reward. 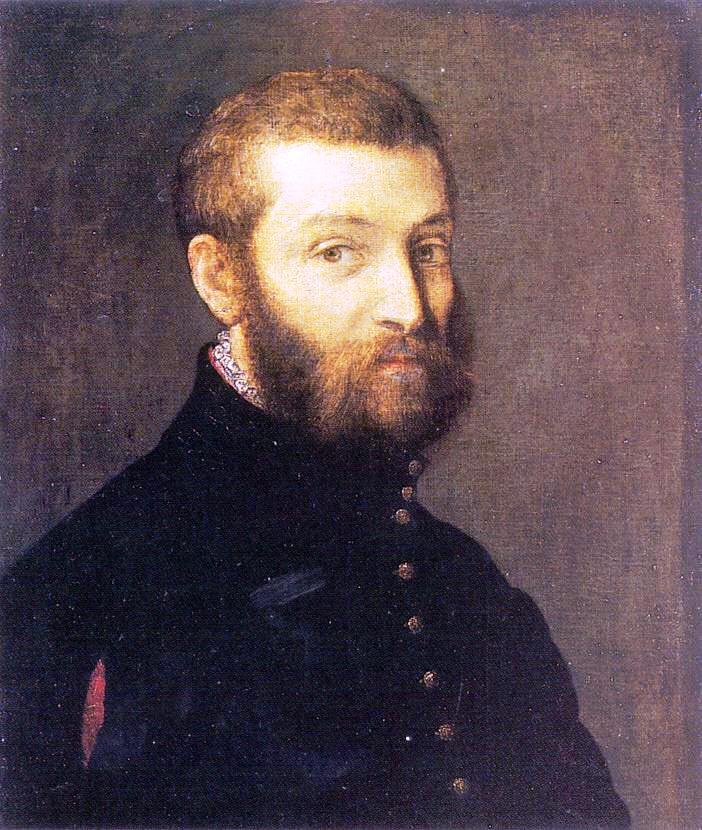 Paolo Caliari, known as Paolo Veronese (1528–1588), was an Italian Renaissance painter, based in Venice, known for large-format history paintings of religion and mythology, such as The Wedding at Cana (1563) and The Feast in the House of Levi (1573). Known as a supreme colorist, and after an early period with Mannerism, Paolo Veronese developed a naturalist style of painting, influenced by Titian.His most famous works are elaborate narrative cycles, executed in a dramatic and colorful style, full of majestic architectural settings and glittering pageantry.

His large paintings of biblical feasts, crowded with figures, painted for the refectories of monasteries in Venice and Verona are especially famous, and he was also the leading Venetian painter of ceilings. Most of these works remain in situ, or at least in Venice, and his representation in most museums is mainly composed of smaller works such as portraits that do not always show him at his best or most typical.