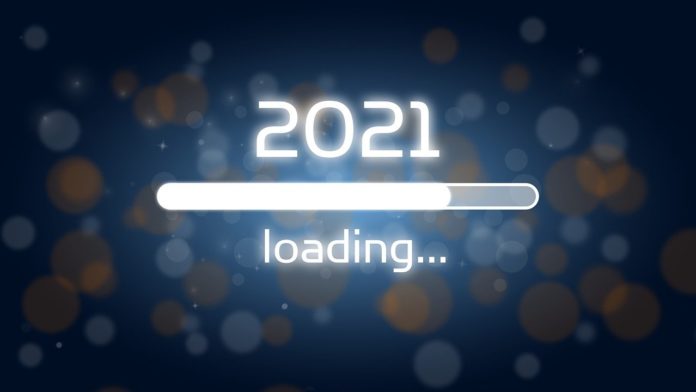 The past year has been more than turbulent, with countless crises surrounding the global pandemic as well as social and political rifts that have changed almost every aspect of everyday life. Over time, this has influenced the art world: there is movement in museums, galleries, biennials, fairs, auction houses, and in places where artists live and work.

The first – from January 25 – to close Chinese, Korean, and then Japanese museums. In March, it was the turn of the European ones – they stopped receiving visitors in almost all countries of the European Union. Two weeks later, the New York Metropolitan was closed, followed by other American museums. At first, museums assumed that they would be closed for several weeks, then the opening date was postponed indefinitely – according to circumstances.

The duration of the museum retreat turned out to be different. In most European countries, it was equal to three to four months. The Metropolitan Museum was closed the longest – five and a half months.

The organizers of Art Basel Hong Kong, scheduled for March 19-21, were among the first to react to the pandemic; they informed in advance about its cancellation. One after another, reports began to appear about the cancellation or postponement of other art fairs – large and small, local and international.

To recall a year that seems to have lasted much longer than 12 months, the overview below presents the most significant art events of 2020 and major art exhibitions 2020.

The controversy over the new Los Angeles County Museum of Art, designed by Pritzker Prize-winning architect Peter Zumthor, has divided the city community, with local art and architecture activists and critics on the one hand, and museum workers and movie stars on the other.

The proposal that the museum would stretch across Wilshire Boulevard was one of the points of contention; Another was the mystery of Zumthor’s plans for the galleries inside, which had been largely unrevealed until this year.

In September, LACMA finally unveiled interior views of its newly named Geffen Galleries building. In these galleries, exhibits from the museum’s holdings in its 17 curatorial departments – from contemporary art to religious images from different cultures – will gain equal prominence, thanks to a gesture that will help reimagine art history and museum exposition – and offer a model for other institutions in the process.

The pandemic stopped the world, and the art exhibitions 2020 were forced to significantly change their work.

Joining the list of affected businesses, which included the Venice Biennale, Gwangju Biennale, Whitney Biennale, and many more, the Sao Paulo Biennale under the direction of Jacopo Crivelli Visconti was slated to host one of the largest dating events ever.

But in July, its organizers announced that they would postpone the event to September 2021 and forever change the order of the second oldest biennial in the world. Now, the releases are held in odd years. The new schedule for the Biennale bears witness to the long-term impact of the pandemic.

In November, when Mostafa Vaziri, secretary-general of Egypt’s Supreme Council of Antiquities, called it “the biggest discovery of 2020,” archaeologists uncovered a cache of more than 100 painted coffins in a necropolis in Saqqara, south of Cairo. The coffins, which were found sealed and intact, were found with burial masks, jugs, and statues and date from the late Egyptian period and the Ptolemy period (664–30 BC).

The discovery will be split between four Egyptian museums.

In March 1884, a painting by Vincent van Gogh was stolen from the Singer Laren Museum in the Netherlands, while the institution was temporarily closed as part of its isolation from the pandemic.

While no theft during the Covid era was as prominent as the Singer Laren theft, other museums faced the types of vandalism that resulted from weakened security when the museums were closed.

David Adjaye announces plans for a museum in Benin City

While the Edo Museum of West African Art is still on offer, it could be more than a suitable home for Benin bronzes and other artifacts looted or displaced around the world in questionable ways.

Portland art space donates its land to an indigenous-led organization

Yale Union, an art organization based in Portland, Oregon, was not a place that tends to get high profile programs, but it got into the spotlight this July when it transferred ownership of its land and building. Indigenous Arts and Culture Foundation, an indigenous-led organization that works to bring together and promote indigenous artists and creative groups across the country.

Art Basel Hong Kong faced opposition from curators of art exhibitions 2020. They called for the fair to cancel this year’s exhibition because of ongoing protests and the outbreak of the pandemic.

Art Basel admitted that Covid-19 had changed the city. And the art exhibitions 2020 were canceled. Art Basel organizers have pledged to reimburse 271 participating galleries for 75 percent of their booth value and quickly rolled out an online version to replace the live fair.

The Hong Kong fair was one of the first major art exhibitions 2020 in the world to be canceled due to the pandemic. But far from the last – both sister fairs in Switzerland and Miami Beach were also forced to abandon their personal meetings, events this year, as well as two issues Frieze, Art Cologne, FIAC, and many others.

The drama surrounding all kinds of premature closings and false starts intensified significantly (at least in the context of the insane art world) when TEFAF turned off its high-profile event in March, which was already taking place in Maastricht, the Netherlands.

After the official opening on Saturday, March 7th, news came on Wednesday that the TEFAF (European Fine Arts Fair) was over with four more days left. The announcement caused a lot of alarm – especially among the thousands of worldwide visitors to the Armory Show in New York. The event had ended just days before. 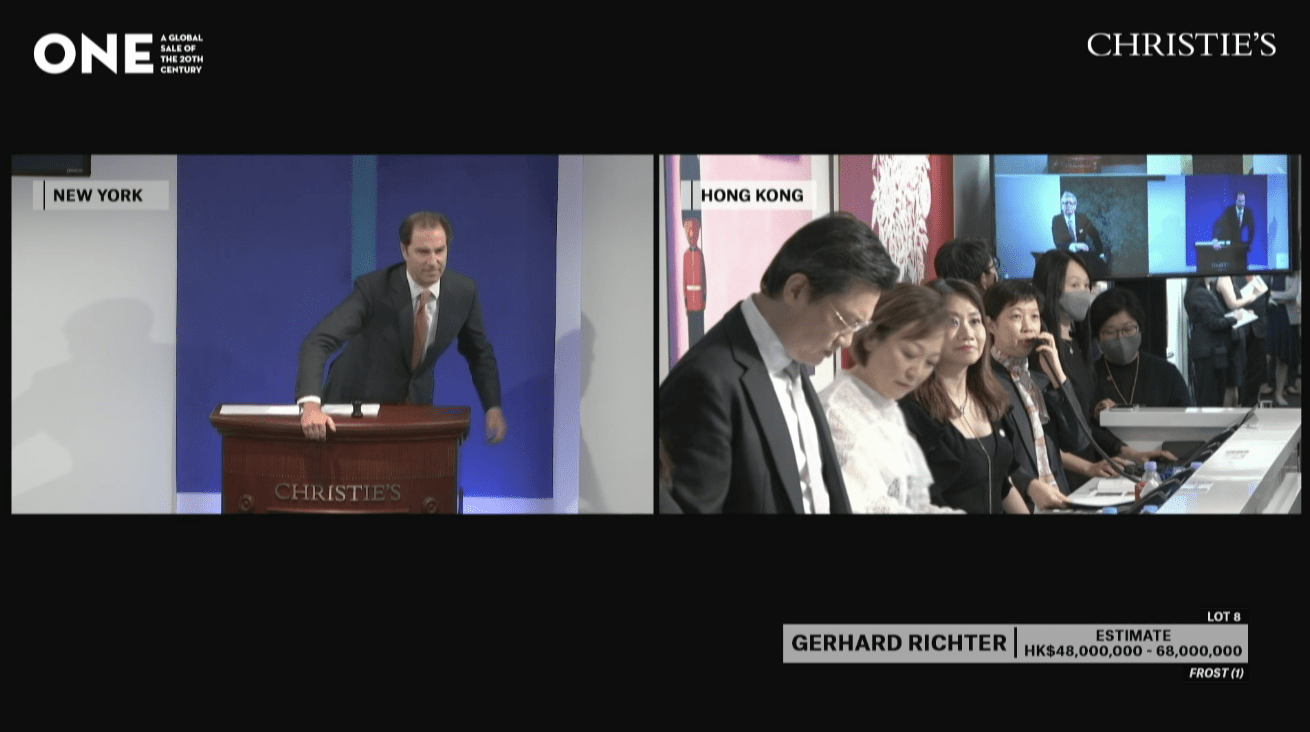 Following the cancellation of direct sales, rounds of layoffs, and the financial crisis, leading auction houses Christie’s and Sotheby’s were forced to quickly reconfigure their traditional major auctions.

The result was a blockbuster auction of sorts: live night sales across multiple categories, combining bidding from multiple cities, watched by tens of thousands of remote audiences. Sotheby’s first tried out the novel format at its five-hour evening sales on June 29th.

It was titled $ 85 million triptychs by Francis Bacon and grossed a total of $ 363.2 million. The evening was broadcast on the media platform Cheddar, another company owned by Sotheby’s owner Patrick Drahi.

Christie’s held a relay-style “ONE” auction in July in Hong Kong, London, Paris, and New York for a total of $ 420 million. In the first half of 2020, many speculated that the top of the market might be in jeopardy, but summer sales have shown that auction houses can thrive even in the worst of times.

In October, Nancy Spector left the institution. And it means that an era has come to an end at New York’s Guggenheim Museum.

This came after the museum announced the results of a three-month investigation into allegations of racism. Many of these were made by Chedria LaBouvier, who was among the first black curators to run the Guggenheim exhibition.

She claimed that when she organized the Jean-Michel Basquiat exhibition for the institution, she was mistreated on the basis of her race, although the museum’s investigation did not reveal any evidence of racism.

The Guggenheim may have been the most prominent U.S. institution, shaken by controversy in 2020, but it was not the only one. In June, Jill Snyder, 23, director of the Cleveland Museum of Modern Art, resigned two weeks after publicly apologizing to artist Sean Leonardo, whose exhibition of charcoal drawings of black and Latin victims of police brutality she canceled after local activists raised concerns. It was one of the major art exhibitions 2020.

In July, the board of the Detroit Museum of Modern Art fired Elysia Borovy-Reeder, its chief curator and executive director, after employees complained of a toxic work environment. In the same month, longtime curator of the San Francisco Museum of Modern Art, Gary Garrels, resigned after statements that museum staff deemed discriminatory.

After the assassination of George Floyd by police, many museums turned to social media to speak out, and just as many were prosecuted for their statements.

The Getty Museum of Los Angeles was one of the first to be summoned, and commentators condemned the institution for not accounting, in favor of more general messages, specific mention of Black Lives Matter, as well as Floyd, Breonna Taylor, Ahmoud Arbury, David McEntee and other figures whose names needed to be named.

In August, in a late summer filled with protest in the streets, the Whitney Museum in New York announced plans to host an art exhibition 2020 of photographs, posters, prints, and more sold to support charities linked to Black Lives Matter and related issues during the pandemic.

But controversy erupted when critics questioned whether the museum directly supported any of the participating artists when it acquired their work.

One of the most shocking news was the postponement of the world’s oldest Venice Biennale – now its (architectural) opening is expected next year, and the art one is planned only in 2022. Naturally, museums that have been preparing their art exhibitions 2020 for a long time tried to prolong them.

For example, “Raphael. 1520-1483 “in the Scuderia del Quirinale in Rome, for which 77 thousand tickets were previously sold, was preparing for three years and worked for three days. It was reopened on June 2 and closed on August 30.

The entrance was strictly regulated, in the halls, it was allowed to be present only for a few minutes. Museum staff took many efforts to prolong any of the art exhibitions 2020.