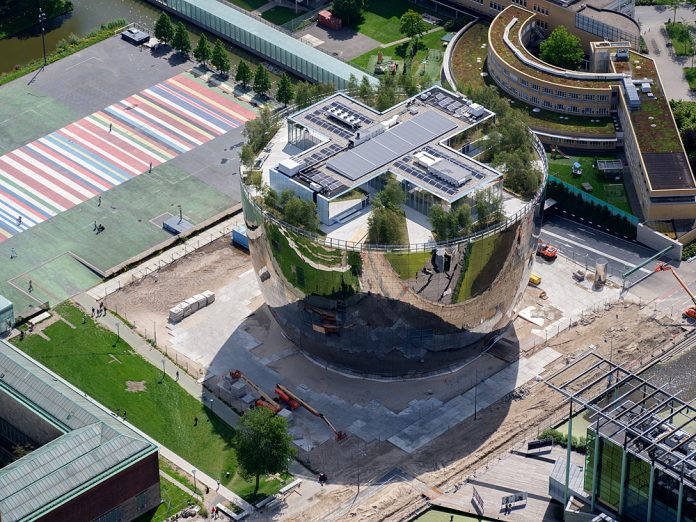 The largest Museum Boijmans van Beuningen in the Netherlands, the collection of which includes works by Bosch, Rubens, Kandinsky, and Hockney, is expanding. For its collection of 151,000 exhibits, the famous architectural bureau MVRDV designed the Depot Boijmans Van Beuningen building. Thanks to its progressive design and spectacularity, it claims to be a symbol of Rotterdam.

An almost 40-meter long structure with a birch grove on the roof dissolves in the space of the museum park. This effect is created by the facade cladding with mirror panels reflecting the cityscape and sky. Inside there are five climate zones, where the exhibits are placed depending on the storage needs. And they are displayed according to the same principle: something will be exhibited in 13 giant showcases in the atrium, which is cut through staircases in the spirit of Piranesi, something will be hidden in the cabinets, and fragile items such as engravings and drawings, for which it is dangerous to be constantly in the light, will be issued on request.

“Museums around the world usually show 6 to 10% of their collections, with the remaining 90+ hidden in a vault. We change this tradition and are the first in the world to show our entire collection. Depot visitors will immerse themselves in the world behind the scenes and learn what it really means to maintain and care for an invaluable collection of art,” says at the museum. 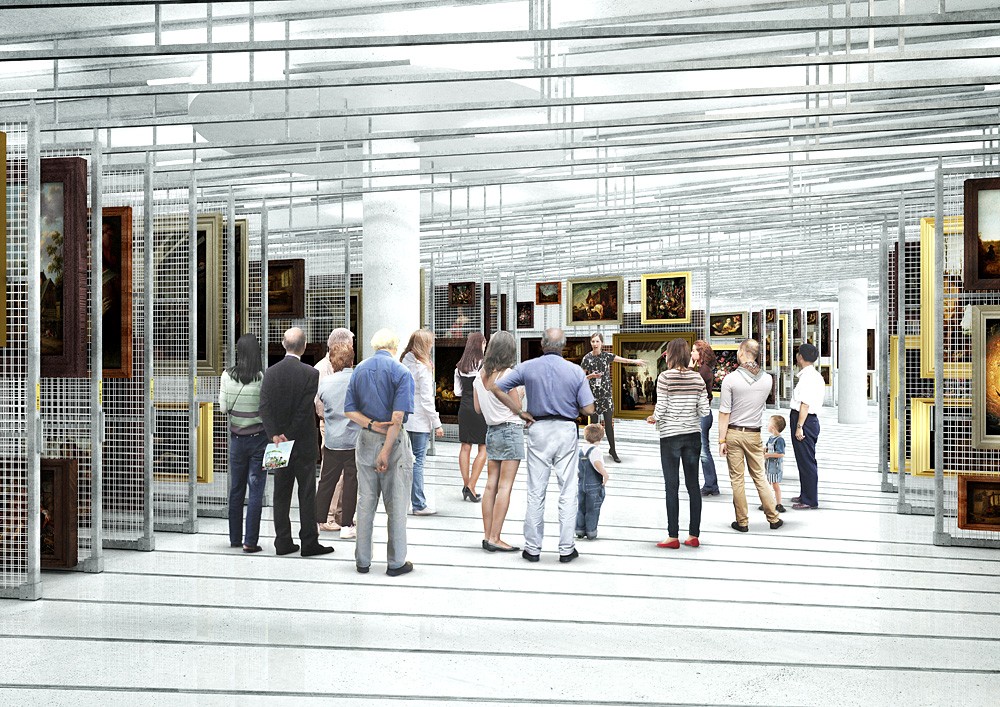 The project will be presented to the public on September 25-27, and as a museum space, Depot will start working in a year.

At the same time, the Mecanoo project is reconstructing a historic building from 1935, where the Boijmans van Beuningen Museum was previously located, which is morally and physically outdated and unsafe for visitors due to asbestos used in construction. It is planned to open in 2026. Whether the main exhibits of the collection will return it is not yet announced.