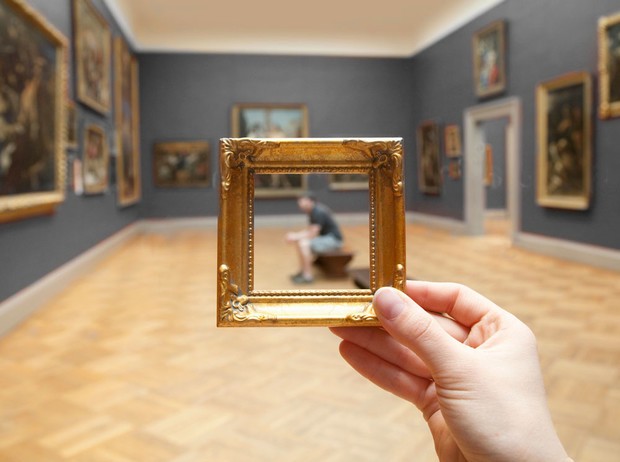 We extend the boundaries of self-isolation with virtual adventures: admire the tapestries of Raphael in the Vatican, explore the life of astronauts in the NASA Museum, and look for inspiration for your closet in the Valentino Palace. What else to do in the cultural digital space – we tell you in our story.

Because of quarantine, almost all of the famous museums have moved “online”. A virtual exhibition is not only a collection of interesting exhibits and texts. It is an opportunity to travel between cities and countries, to erase geographical, social, and economic borders. The opportunity to see unique exhibits around the world: from paintings by Raphael, Rembrandt, and Claude Monet in the National British Gallery to the iconic outfits of the founder of the Valentino fashion house, exhibited in a luxurious virtual palace. Especially for Marie Claire readers, we have prepared a selection of the world’s most interesting online exhibitions that are worthy of your attention.

One of the largest Russian art museums in the world opens its “online doors” to all comers. The Tretyakov Gallery’s virtual exhibition features more than 150 exhibits, including famous paintings by Vasily Surikov, Alexander Ivanov, Valentin Serov, Ivan Shishkin, Ilya Repin, and Viktor Vasnetsov. To fully immerse yourself in the great art of the masters, the museum used the Street View technology from Google, which allows you to move from one hall to another – almost as if it were in real life. 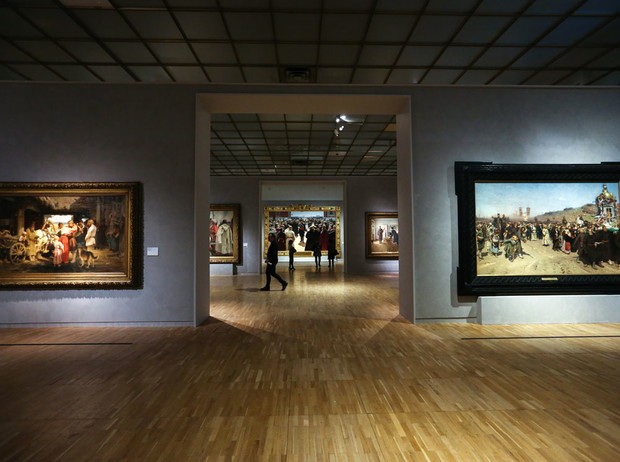 British National Gallery, London
The patron of the National British Gallery, the Duchess of Cambridge, has spoken repeatedly of the museum as a unique place that captures the spirit of Britain. Take a virtual tour of the gallery’s rooms and enjoy Renaissance masterpieces, including works by Titian, Veronese, Holbein, Raphael, Leonardo da Vinci and Rembrandt. The gallery has also launched a unique project, created on the innovative Matterport 3D platform, which is a virtual walk through the Sainsbury’s Wing using cutting-edge technology. You can “walk” through the halls on your computer screen, smartphone and even with a virtual reality headset. To see detailed information about an exhibit, walk up close to it and click on the red circle next to it.

The NASA Museum is a unique place where you can see firsthand how interplanetary spacecraft and astronaut life work from the inside out. Space has never been as close as it is today when the J.G. Glenn Research Center has moved “online. Would you like to see a recreated lunar surface or peek into a vacuum chamber that simulates weightlessness conditions? Or maybe you are more interested to visit the hangar and “sit” at the steering wheel of the aircraft? You can do all this on the official website of the project.

About ten million people visit the Louvre each year, and the collections of this famous museum cover vast geographical and temporal spaces. With virtual tours, you can explore the Ancient Egyptian works of art on display in the east wing of the Salle and the incredible works in the Galerie d’Apollon, whose centerpiece is Eugène Delacroix’s painting of Apollo Killing the Serpent Python on the ceiling. And of course, don’t miss the opportunity to learn more about the history of the Louvre building: on a unique virtual tour you can walk around the original perimeter of the fortress built by the French King Philippe Auguste, which later became home to masterpieces of world art.

Mr. Valentino Garavani, the legendary Italian designer and founder of the Valentino fashion house, several years ago thought of opening his own museum and did so in a virtual space. Especially for this project there was created a 3D model of the luxurious palace, where there are thousands of iconic dresses created by the famous couturier in different years. If you, for whatever reason, have not heard about Valentino Garavani Virtual Museum before, or have been putting off your “virtual visit”, now is the time to make up for it. Firstly, you’ll get a huge aesthetic pleasure. Secondly, you’ll learn a lot about the history of Italian and world fashion.

The Pushkin State Museum of Fine Arts launched the online program #OnlinewithPushkin, in which it combined all of its online projects and presented new formats of interaction with the audience while the museum is closed to the public. The virtual museum is being created literally before our eyes, expanding its exhibitions. For example, today you can already visit the online exhibition “Tattoo,” which is dedicated to the art of tattooing and is a joint project of the Pushkin State Museum of Fine Arts and the Jacques Chirac Museum on the Quai Branly in Paris. And of course, pay attention to the virtual exhibition “From Dürer to Matisse,” which covers five centuries of European drawing history – from the end of the 15th to the mid-20th century. It was supposed to open at the end of March 2020, but the self-isolation regime made its adjustments, so the organizers decided to present it in a virtual format. It is a special pleasure to “travel” through the famous museum with the help of VR (virtual reality) glasses with an immersive effect and audio guides.

The Metropolitan Museum of Art is known for its large-scale art collections, from antiquity to the present. It was founded by a group of businessmen and art lovers in the second half of the 19th century and today is the third most visited museum in the world. The Metropolitan Museum of Art presents about 400,000 exhibits, videos of artists’ work, lectures, and master classes. To start exploring the platform, start with the interactive project Met 360°, which has won a series of prestigious awards. You can not only walk around the virtual exhibitions but also “fly” past the colonnades and up to the ceiling, where you can enjoy a fantastic view of the stairs and the Great Hall. And if you want, you can go even higher and enjoy a bird’s-eye view of the Hudson River.

While we sit in self-isolation, bored with travel, the 360Stories service comes to our aid, allowing us to stroll through the world’s landmarks and view the wonders of nature online. Start the day on the grass at the Eiffel Tower, explore the Arabian desert, and finish the day at Hawaii’s waterfalls. Of course, it’s no substitute for a real trip, but it will help take your mind off the routine. And remember, quarantine will end sooner or later, so start making your travel plans for the future with inspiration from 360Stories.

One of the most curious and stylish contemporary art museums in the City of Angels has also gone “online. At the end of 2019, Japanese artist Yayoi Kusama created a special mirror installation for this gallery, which became part of her famous Infinity Mirror Rooms series. The artwork, dubbed the Infinity Mirror Room, is a dark space filled with twinkling stars that immerse visitors in a hypnotic state of peace and contemplation. Initially, the “session” of a visit to the room was supposed to be 45 seconds. But now you can enjoy Yayoi Kusama’s creation for as long as you like – virtually, at least. All you have to do is start playing the video on your computer or smartphone screen.

There are many virtual expositions in Russian on the project site. You can visit online the most interesting museums of Russia, Ukraine, Belarus, Armenia, Azerbaijan and Latvia. One of the most curious virtual tours on the web-site is Project ZHETYSU360, which is a 3D tour of truly extraordinary places of “Semirechye” – “zhetysu” of Kazakhstan. Also pay attention to the unique video collection of the National Art Museum of Latvia, which has been under development for the last five years.

The legendary museum complex, founded by Pope Julius II in the early 16th century, is very popular with tourists from all over the world. However, because of the large crowds of visitors to the Musei Vaticani, it’s not always possible to fully enjoy the beauty of Raphael’s tapestries and Michelangelo’s frescoes. Now nobody will hurry you – move around the virtual halls in any direction and admire the masterpieces of the world as long as you like. On the official website of the museum complex, seven online tours are available of the Sistine Chapel, the Pio Clementino Museum in the Belvedere Palace, the Chiaramonti Museum, the Braccio Nuovo Gallery, the Raphael Stans, the Niccolina Chapel, and the Chiaroscuri Hall.

“The Divorce Museum” is a one-of-a-kind project that is (you might have guessed it by now) dedicated to couples breaking up. Behind every item on display at the museum, whether it’s a broken toaster, a keychain, or a Starbucks cup, there’s a story. All of these seemingly ordinary objects played a crucial role in relationships that ended in breakups. Read these amazing stories of people just like you and me today on the Museum of Broken Relationships website.