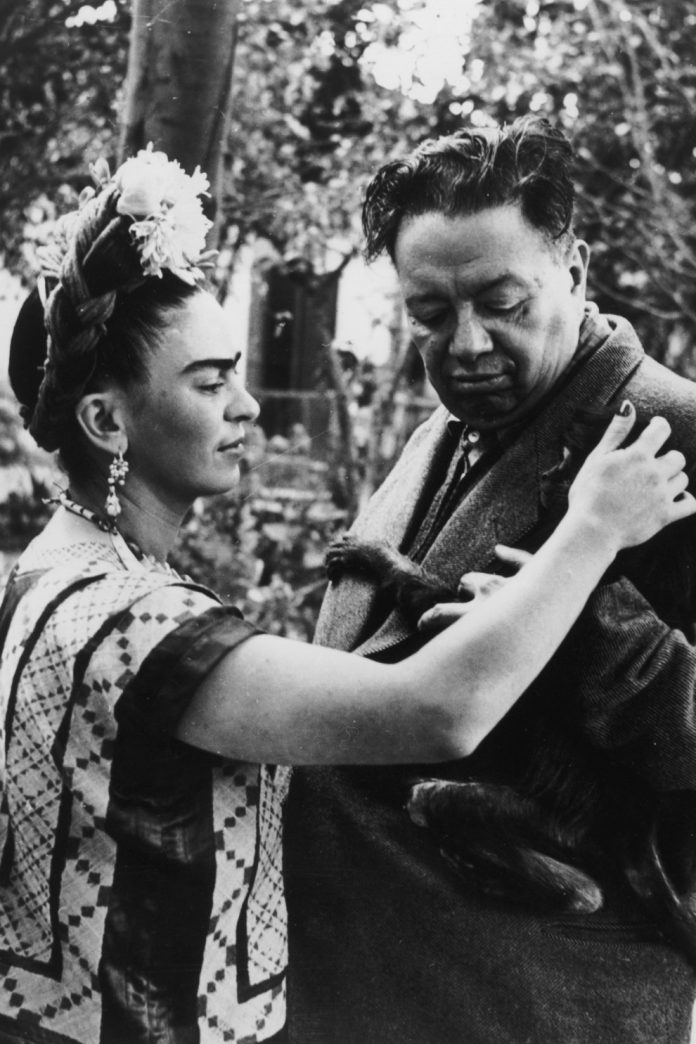 Some of them are still surrounded by the myth about the artist and his museum, while others demonstrate the incredible collaboration that is possible between two brilliant people. From Picasso and Dora Maar to Camilla Claudel and Auguste Rodin, Vogue.ua offers an opportunity to immerse yourself in history and learn something interesting about the iconic couples who have left their mark on art history. 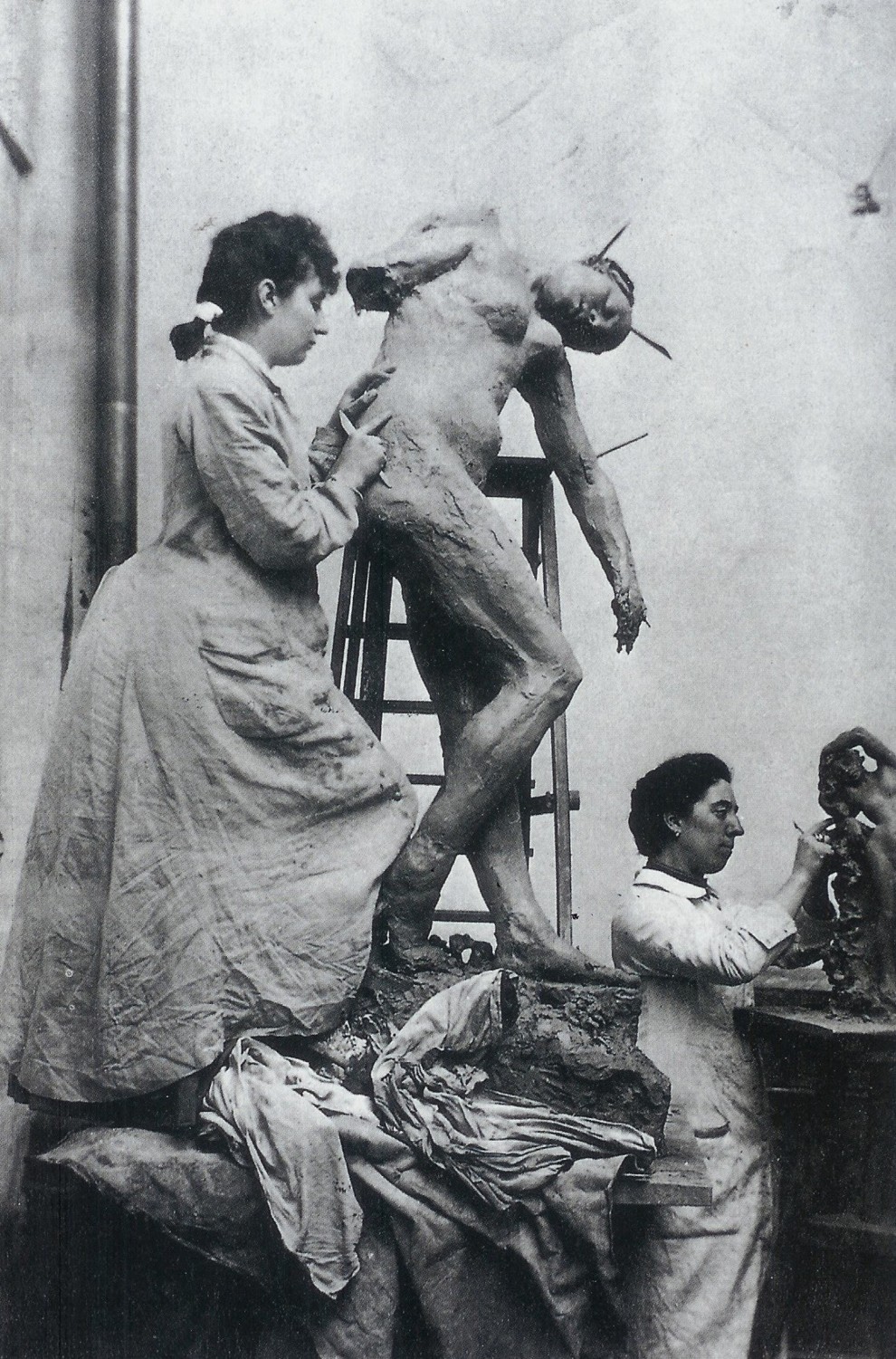 In 1881, banker and merchant Louis Prosper Claudel sent his family to Paris – so that his talented daughter Camille, who grew up in a small town in northern France, could get an art education. The girl entered the Accademia Gran Schomierre, where she shared her workshop with other women sculptors. It was there, in the studio, that Camille met Auguste Rodin, a teacher and already a venerable sculptor. Camille’s work impressed Rodin, and he quickly took the young artist under his wing. The relationship between the master and the student eventually turned into passionate love. 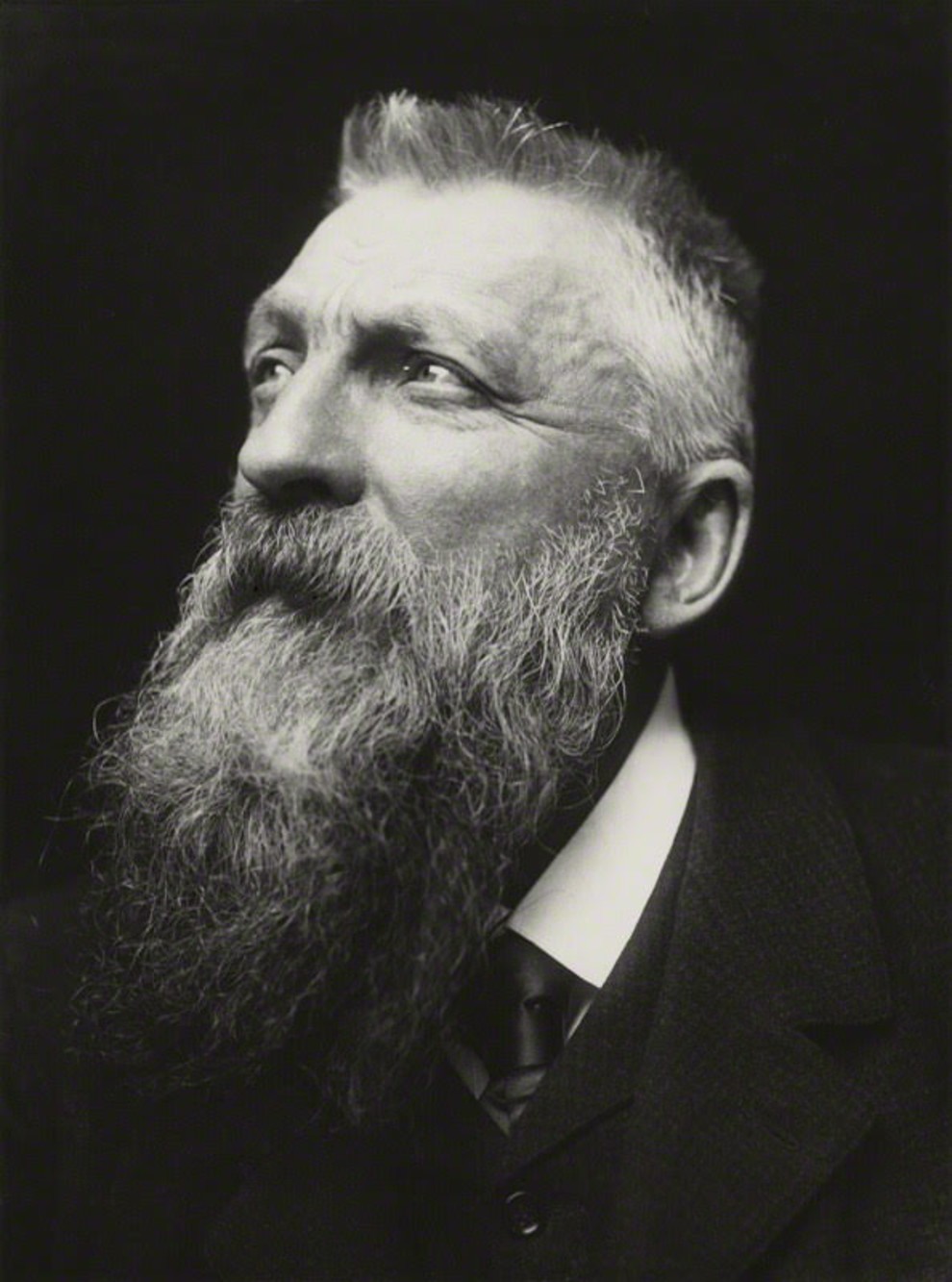 The temperamental and difficult relationship between the two sculptors is reflected in their work: Rodin dedicated a sculpture of Galatea to Camille, and it to him – the work La jeune fille à la gerbe. Their relationship lasted over ten years. As a result, Rodin refused to leave his life partner Rose Bere, which caused the relationship with Camilla to deteriorate. It is said that he was afraid of Camilla and her sometimes violent acts and eventually left Paris to Medon, ending the relationship. Camilla Claudel never recovered from depression after the breakup and eventually ended up in a mental hospital in Montdevergues. A few recent works of the artist devoted to the break-up with Rodin – these are rebellious, restless sculptures “Age of Maturity” and “Begging”, which are forever in the history of art. 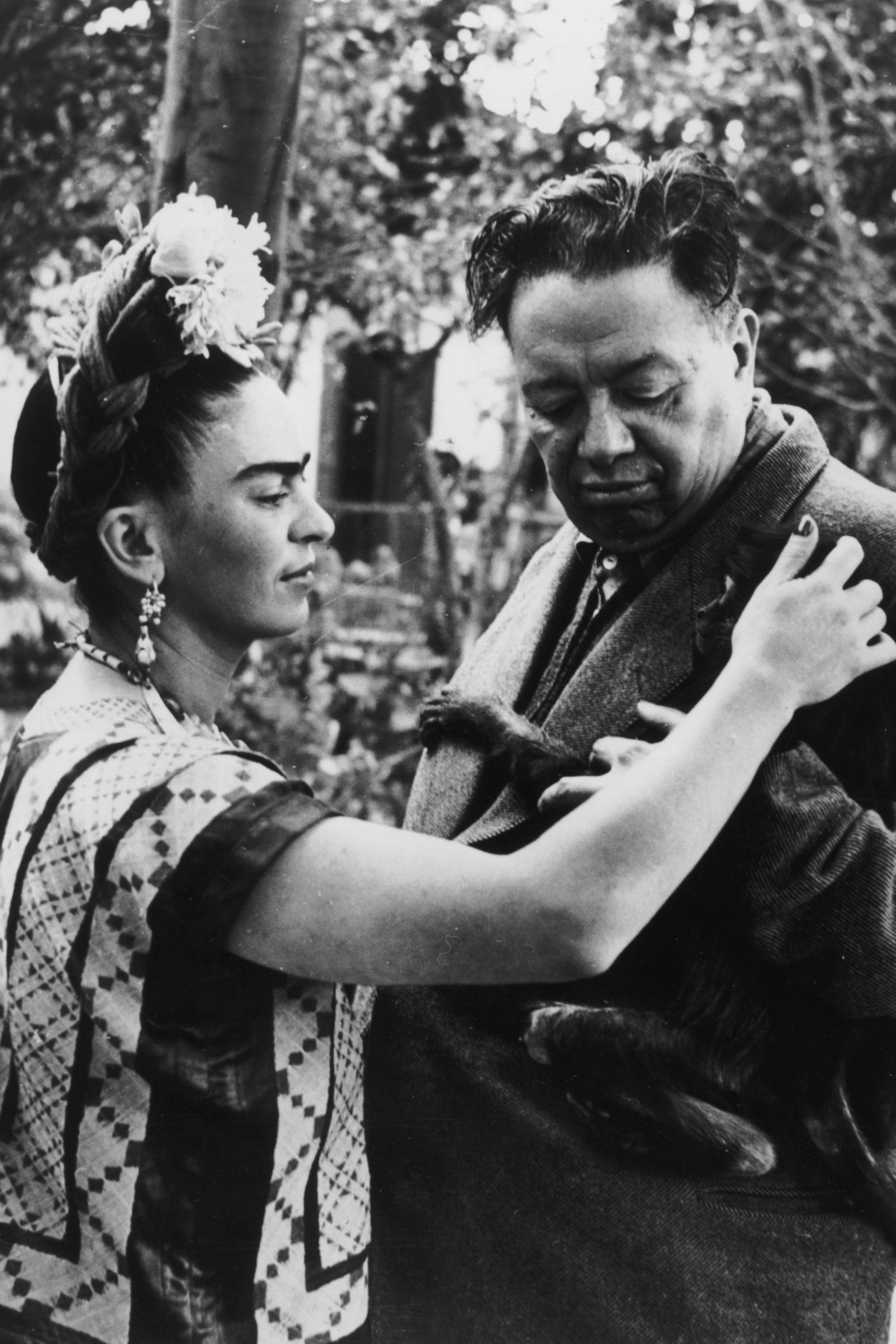 At the age of 17, Frida Calo was in a serious accident – the bus in which she was riding ran into a tram. She broke her spine, clavicles, ribs, pelvis, and was bedridden for over a year. At this time, the artist created a collection of self-portraits, created with a mirror fixed above her bed (the girl could not move). Diego Rivera was delighted with Frida’s work, which, he said, was characterized by “sensuality, enriched by a ruthless way of observing”. By this time the couple had known each other for some time – they met at the Pretoria Preparatory School, where the young Frida was preparing to enter the medical faculty, and the already well-known artist Diego Rivera was creating wall paintings. They were united by many things: love for art, cultural identity, and, of course, revolutionary political beliefs. The couple got married in August 1929. Both have achieved great success in art, traveled together, and made friends with the greatest artists of the time – Picasso, Breton, Kandinsky. But their personal life was not cloudless. Diego Rivera cheated on Frida with his daughter-in-law, which led to a divorce of the couple, but in 1940 they got back together. The couple stayed together until Frida Calo died in July 1954. In 1929, Salvador Dali welcomed the poet Paul Eluard and his wife Elena Diaconova to his villa in Cadaques. The couple very much wanted to meet a young artist, of whom the whole of Spain began to speak then. Galle was 35, Dali 25.  During the first date between Dali and Elena Diakonova (who soon changed her name to Gala) sparks burst out, and the rest is history. After one of the first meetings Dali will write in his “Diary of a genius”:  “Her body was as gentle as a child. Shoulder line – almost perfect roundness, and the muscles at the waist, externally fragile, were athletically tense, as in a teenager. But the curve of her lower back was truly feminine. The graceful combination of the slender, energetic torso, aspen waist, and delicate thighs made it even more desirable.

Gala left Paul Eluard after she fell madly in love with Dali and swore her eternal loyalty to her new chosen one. She quickly became his muse, a confidant and a companion, finding joy in his fantasies and quirks, and even in his desire for a woman named Amanda Lear, with whom they several years, rumored to have lived three. Testimony of the lifelong love between Gala and Salvador Dali is demonstrated by Dali’s countless works. It was Dora Maar who became the heroine of one of the most famous and expensive paintings of the artist – “Dora Maar with a cat” in 1941: a sad brunette sitting in a chair, on the shoulder – a small cat. According to the latest information, this painting was bought for 100 million dollars. Dora Maar was a bright figure in the circles of Parisian surrealists, began as an assistant artist and director Man Ray. In 1936, she met Picasso at a Parisian café. They were together for almost 10 years and had a great influence on each other: Maart posed for Picasso and at the same time she took many pictures of the artist and under his influence, she began to draw. Already after her death in 1999 in Paris, there was a great retrospective of the artist – as it turned out, after breaking up with Picasso, Maar, despite the depression and treatment in a mental hospital, was very productive and wrote a lot. If you’ve seen Stravinsky’s fountain near the Pompidou Centre in Paris decorated with avant-garde iron and polystyrene sculptures, you know exactly who the fountain is. Nicky de Saint Fall and Jean Tingley brought the work together. The first collaboration began in 1957 when the theatre artist Nicky asked Jean to help design a chimney for her children. When the two artists started working together, they became closer and closer and in 1960 they began to live together. The cooperation continued to develop. Their outstanding works include, for example, the famous performance “Tyres”, as well as participation in the concert “Variations II” by avant-garde composer John Cage (the artists created their works on stage right during the concert, to the music). It is believed that it was this bohemian couple who built the neo-realist empire in Paris in the 1970s, bringing together other artists, composers, and artists around them. In their relationship, Jean Tengli said this: “We are two sculptors connected to each other, who live in two completely different worlds. Materially opposite, ideologically opposite… It makes us fight all the time, we fight each other.”