Home News A Banksy Mural in L.A. Is Hitting the Auction Block—With the Whole... 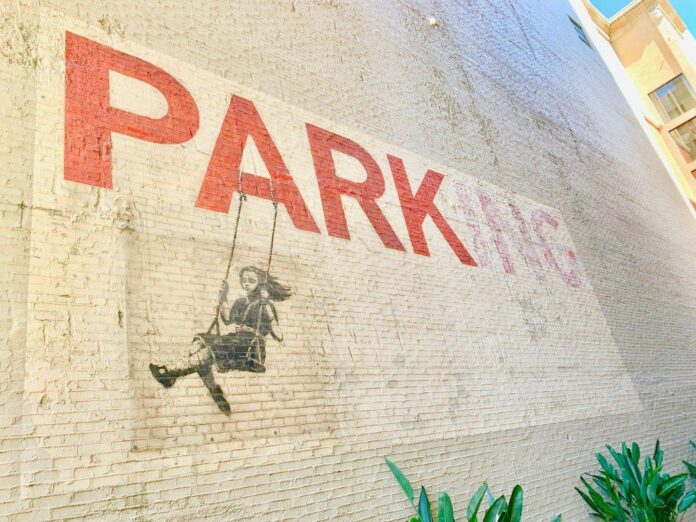 A building in Los Angeles is set to hit the auction block with a special amenity—it includes a mural on its facade by the notorious street artist Banksy.

The painting, known , is a popular sight in the city’s downtown fashion district. It was stenciled on the side of a former costume company warehouse at 908-910 S. Broadway in 2010, when Banksy was in town for the premiere of his documentary, .

The current owners are a couple, Tarina Tarantino and Alfonso Campos, who run an accessories brand. They bought the building in 2007 for $4 million, and put in $1.8 million in renovations over the past decade, including upgrades to elevators, electrical and plumbing systems. After the pandemic caused other tenants in the building to end their leases, the pair filed for Chapter 11 bankruptcy protection this year, and they decided to put the property up for auction, with court filings stating it is worth $16 million—not including the mural. 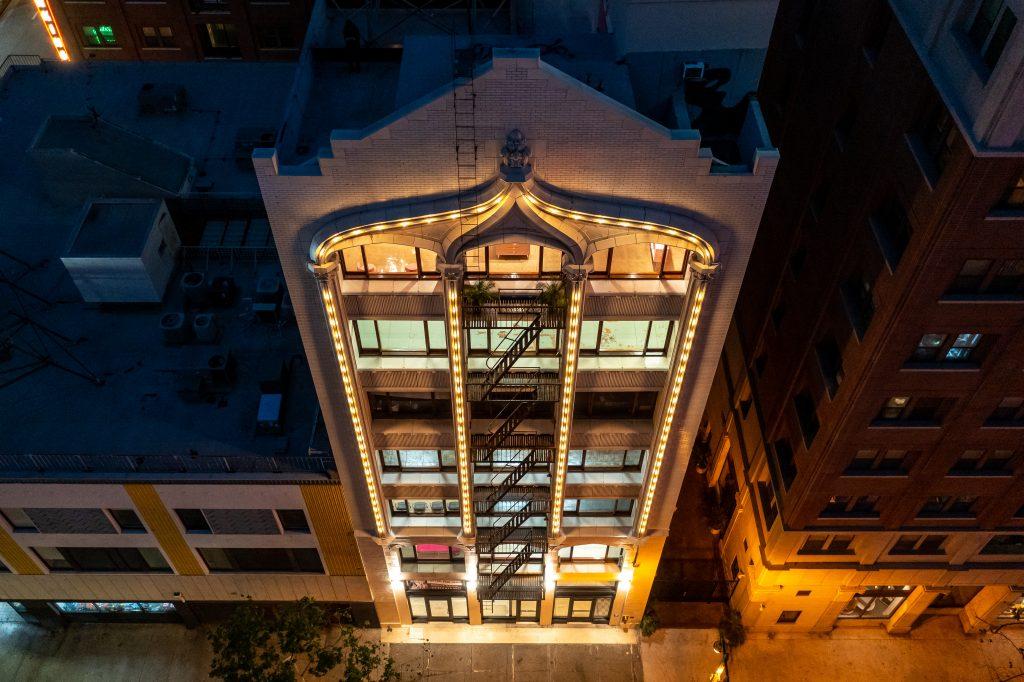 The current owners are a couple, Tarina Tarantino and Alfonso Campos, who bought the building in 2007 for $4 million to house their accessories company. Photo: courtesy of Hilco Real Estate.

The Banksy painting (and its attached building) is said to be difficult to appraise, since the whole piece of wall it is on would need to be physically removed and sold separately, which goes against the street artist’s intentions.

According to Holly Dunlap, a former Sotheby’s specialist, given the mural’s size—12 feet by 33 feet—she estimates it could fetch at least $10 million. But she noted that Banksy murals sawed-off in a similar manner tend to get ignored by the top auction houses.

“We would never touch that because it’s not how the artist intended it to be sold,” Dunlap told the . “Whenever buildings have a Banksy on them, that Banksy is much more valuable on the building than it is as a piece of brick.”

That has not stopped other landlords from stripping Banksy murals off their original location. In 2022, was torn from a wall in Suffolk, U.K. by the building’s owner, and sold for an alleged $2.4 million.

Removing the L.A. work might come with some backlash, however. The art dealer Jeffrey Deitch told the New York Times it would be “terrible if this is removed and put on the market,” adding that “this is free public art. It is not meant to have a commercial value and be resold.”

The couple aim to include the value of the mural in the final sale, and are hoping to get $30 million. Bids for the property are due by October 20, according to Hilco Real Estate, the agency representing the sale.