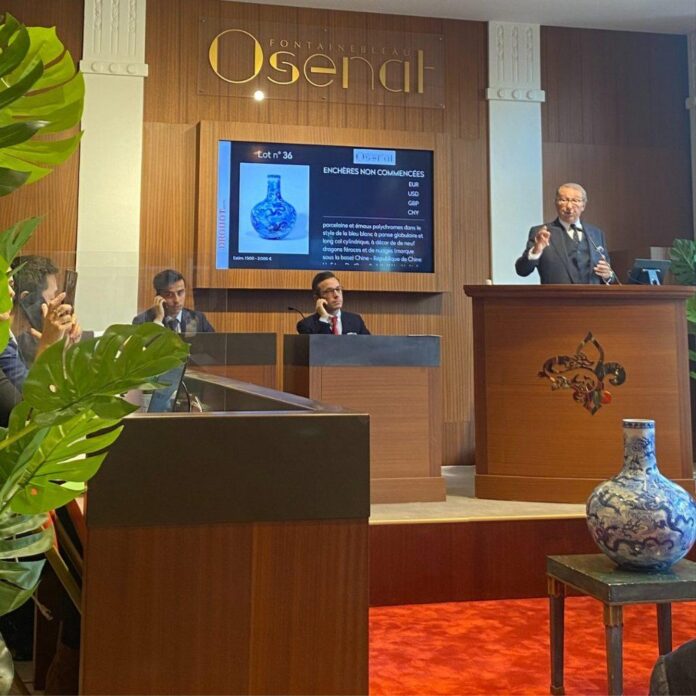 Experts valued it at just €2,000. But the seemingly run-of-the-mill vase has just sold at auction in France for nearly €7.7 million (about $7.5 million), with a bidding frenzy propelling it to nearly 4,000 times its original estimate.

The tianqiuping-style vase, featuring intricate blue designs of dragons and whorls on a white ground, was consigned by a woman who had never even seen the 21-inch-tall object. She had simply arranged for it to be sold from her late mother’s estate at the France-based Osenat auction house in Fontainebleau, France, about 40 miles from Paris.

The anonymous winning buyer was one of some 30 Chinese bidders who competed for the vase, which the auction house deemed a “quite ordinary” porcelain-and-enamel piece dating to the 20th century. A large number of porcelain fans apparently thought that Osenat had misjudged what it had on its hands.

“From the moment the catalogue was published we saw there was enormous interest, with more and more Chinese people coming to see the vase,” said Cédric Labord, a director at the auction house, told told . “Our expert still thinks it’s not old.” 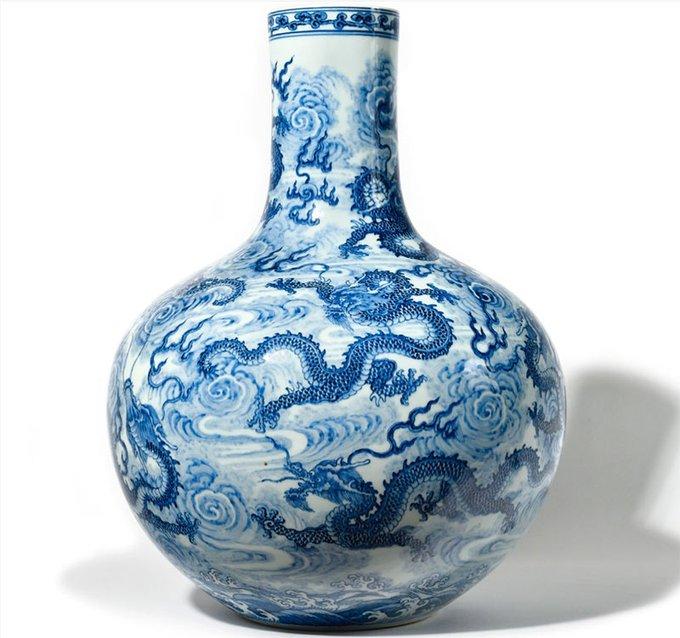 The Tianqiuping-style vase. Courtesy of Osenat.

The house’s auctioneer, Jean-Pierre Orsenat, also told the French paper that he had never seen anything comparable to what happened at the sale. “It exceeds the price of Napoleon’s saber at the Battle of Marengo in 1800!” he marveled. That historically important artifact sold for €4.2 million in 2007.

The auction house believes that the buyer will seek to display the vase in a museum, though it’s not clear who will determine its true provenance and value. For his part, Orsenat said “frankly, at that price, I don’t dare touch it anymore!”

This wouldn’t be the first time that a tianqiuping vase sold for millions at auction. In 2018, a vase that had languished in the storage facility of Tulsa’s Philbrook Museum of Art fetched more than $14 million in a one-lot sale at Christie’s. In May 2022, a British surgeon sold a Chinese vase he had bought for a few hundred pounds for $1.9 million, more than 10 times its estimate of $185,000.