Home News A Genre-Defying Brooklyn Gallery Opens With an Exhibition of Masks Spanning 200... 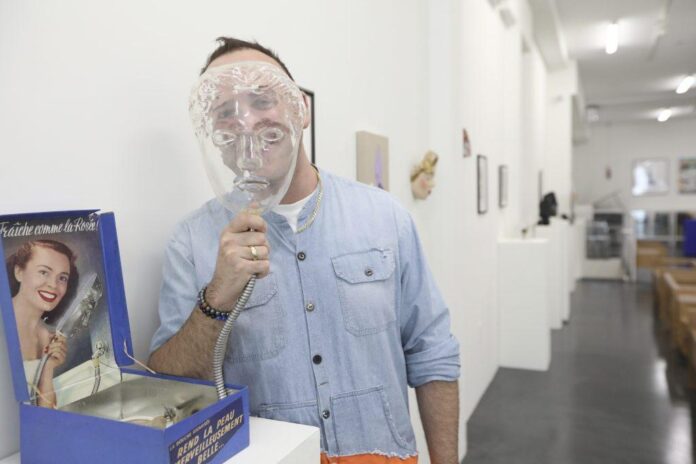 Where can you pick up an ancient Egyptian Coptic textile on a whim? At “B” Dry Goods, a genre-defying art and design gallery in Crown Heights, Brooklyn, where rare-books dealer and music-ephemera collector—and former Boston gallerist—Gabe Boyer will open his inaugural exhibition, “The Masks We Wear,” featuring fifty artists and designers across 200 years.

Boyer grew up in Saratoga, N.Y., but tomorrow’s opening marks his family’s fourth generation conducting business in Crown Heights. His great-grandfather emigrated from Ukraine to New York City in 1910 and, in 1920, opened his own department store on St. Johns Place and Troy Avenue. Boyer’s grandfather and father both worked there before the store closed in 1969. Now Boyer’s gallery bears its name.

Ancient Egyptian Coptic textile fragment featured in “The Masks We All Wear.” Courtesy of “B” Dry Goods.

Upon moving to New York in January 2020, Boyer expected to take a few months’ break before opening Kabinette’s second coming in the new city. He stopped just short of signing the lease on a new gallery that first week of March 2020. “Having to take a beat really led me to something that I’m much happier with,” Boyer said, “a more interesting project than it might have been had we just gone ahead with the original safer plan.”

After considering spaces in TriBeCa, the East Village, and Bushwick, Boyer bought the first floor retail space of a condo building in Crown Heights this spring and completed a commercial build-out with finishes like a bathroom mural by Boston-based Jeff Quinn—who showed with Kabinette in 2019—designed so future artists can add to it. 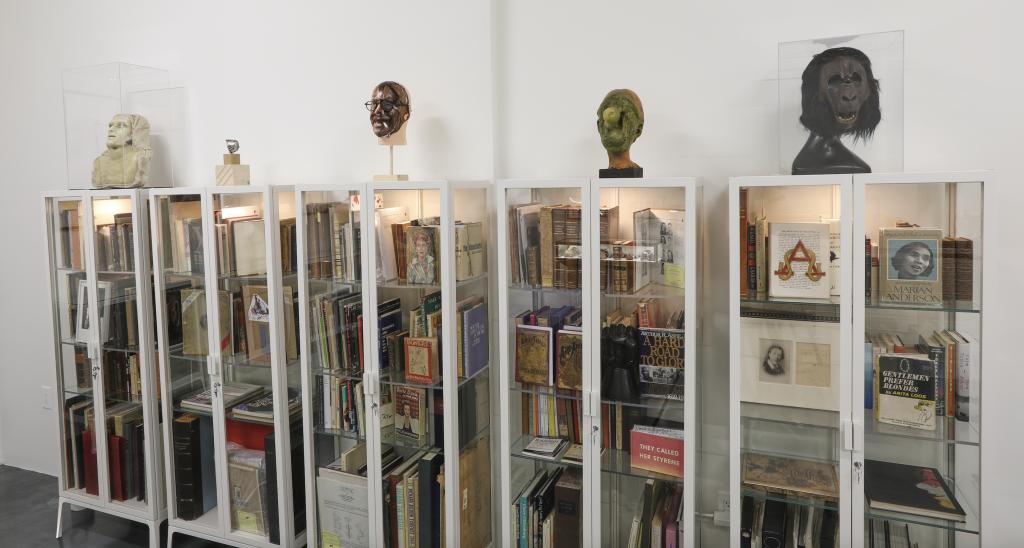 Cases of rare books on permanent display at “B” Dry Goods.

Contemporary art on the walls of “B” Dry Goods will live alongside permanent fixtures like wood benches from the collection of actor Dennis Hopper, a bright blue acrylic desk designed by Paul Kelley in 2010, and cases of rare books from Boyer’s own collection. Works in the first exhibition span that ancient Egyptian Coptic textile, a mask used in (1968), and a Käthe Kollwitz etching.

The show has a pandemic angle, but Boyer sees it more concentrated in creativity. “The goal of the show is to elucidate the ongoing conversation between artists across time,” Boyer said. “The context is surely different, some of the overarching motivations were different, but they were artists the same, and the conversation is the same across time.” All the show’s artists are exploring what it takes to build a face, and what it means to cover it up. 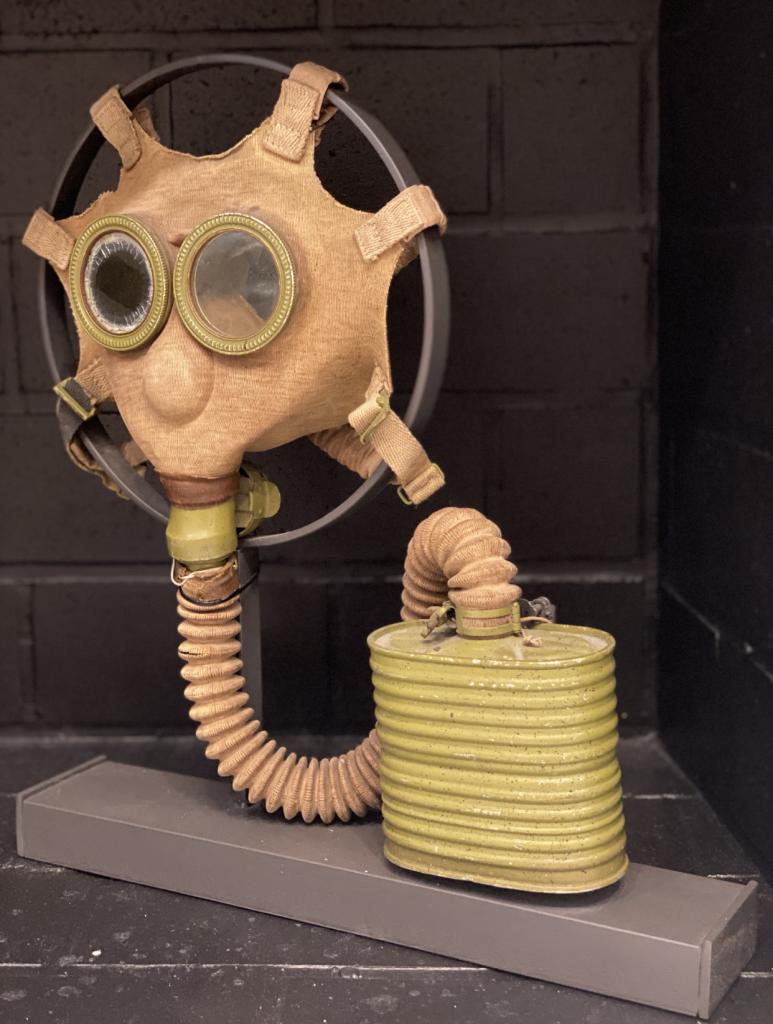 A World War I respirator mask featured in “The Masks We All Wear.” Courtesy of “B” Dry Goods.

Boyer keeps curatorial concepts in his back pocket and an eye on his extensive network for any relic “that has something special, something humorous, something maybe a little naughty.” He doesn’t even deal in expensive books if they’re common. “People who are interested in things of quality, substance, and beauty are quite willing to travel with me across genres, across these normally siloed areas of collecting,” he added.

“B” Dry Goods also boasts a full bar. Tomorrow’s is just for toasting, but later this winter they’ll announce music and poetry performances. Many exhibitions will be blowouts of a scale similar to their first, but not all. One show slated for March 2023 centers on paintings by Jeannie Weissglass. “We’ll present the body of work of hers that involves floating furniture elements,” he said, juxtaposed with Andy Warhol’s table, a screen that belonged to Igor Stravinsky, a sconce Jean Cocteau made for him, and more.

Boyer’s next show will explore fine art and fashion, featuring clothes with a life of their own, even a rare French clothing case for Marie Antoinette’s travels. “It’s one of only a few that are known to still exist,” he said, “putting the crown in Crown Heights.”

The U.S. Has Returned Its First Looted Antiquity to Palestine—an Iron-Age Spoon

Shutterstock Has Inked a Deal With DALL-E’s Creator to Offer A.I.-Generated Stock Images. Not All Artists Are Rejoicing.