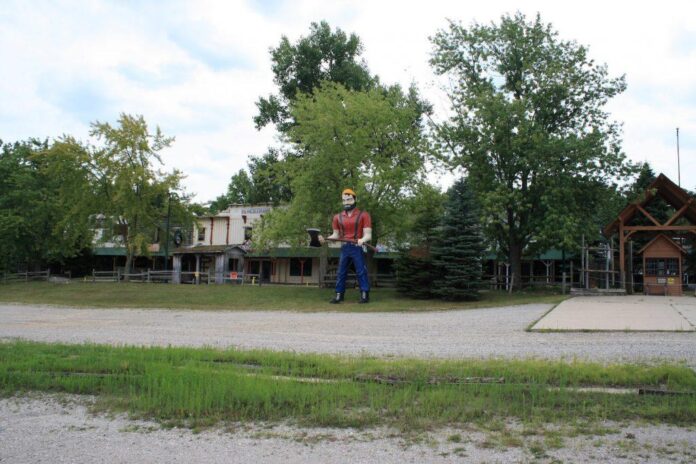 Horror movie superfans have new reason to celebrate. Later this year, local filmmaker Nate Thompson will open the Michigan Museum of Horror in a town called Irish Hills, about an hour southwest of Detroit.

In addition to displaying the world’s largest coffin, there will also be a history of dolls exhibit that includes voodoo, porcelain, and Raggedy Ann dolls. Other planned displays include shows focused on witches, along with actual skulls and bones.

Thompson plans to turn Irish Hills into a “horror town” that will also host a haunted house, which is currently under construction, a horror collectibles store, and a horror theater.

In an Instagram post, Thompson wrote: “I’m extremely proud to announce I have officially signed a 3 year, multi-property lease agreement in Irish Hills, MI to bring the community, and tourists, a literal town of Horror.”

Thompson said in an interview with Fox 2 that his vision for the area includes stores that display rows of Halloween masks in the window, so that it “really gives that feel of, this is a genuine horror town.”

HorrorTown will be situated within the Stagecoach Shop, which opened in 1965 with Western-themed displays but fizzled out as an attraction. It still has an active Western-themed lodge, a pavilion, pool, amphitheater, and an old wedding chapel.

Thompson had the idea for HorrorTown while first visiting the Stagecoach area a while back, and said he now hopes to reinvigorate the site.

“I know people are going to come after 50 or 60 years of not being here, and it’ll be like a little, ‘Oh, I remember that, that’s awesome, I’m glad they brought that back,’” he told Fox 2, adding that he plans to host year-round events as a way for people to get their Halloween fix any time.

Stand back: Rijksmuseum showcases huge works on paper—some the size of an entire room—in new exhibition