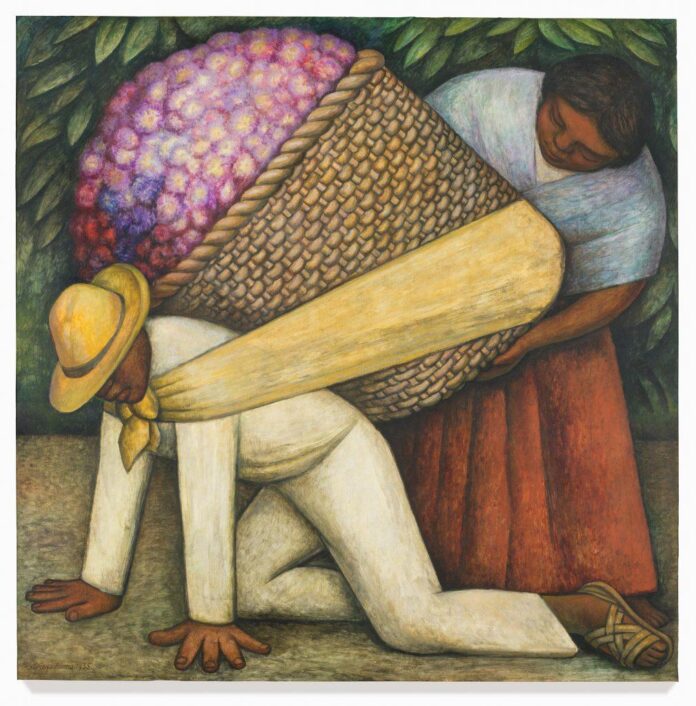 Before this year, the last major exhibition dedicated to Diego Rivera was in 1999. That was more than two decades ago. And yet our collective estimation of Rivera hasn’t changed much since then, as is often the case with canonized artists.

That might make curator James Oles’s sprawling new survey of the Mexican painter’s output at the San Francisco Museum of Modern Art seem somehow less urgent. But for the curator, it’s precisely because so little has changed that Rivera’s work resonates today.

“At this moment, when everybody has been traumatized by the pandemic and all the economic repercussions of it, in this world that has ecological concerns and there are continuing issues of racism and gender inequality, Rivera reminds us that art can matter,” Oles said. 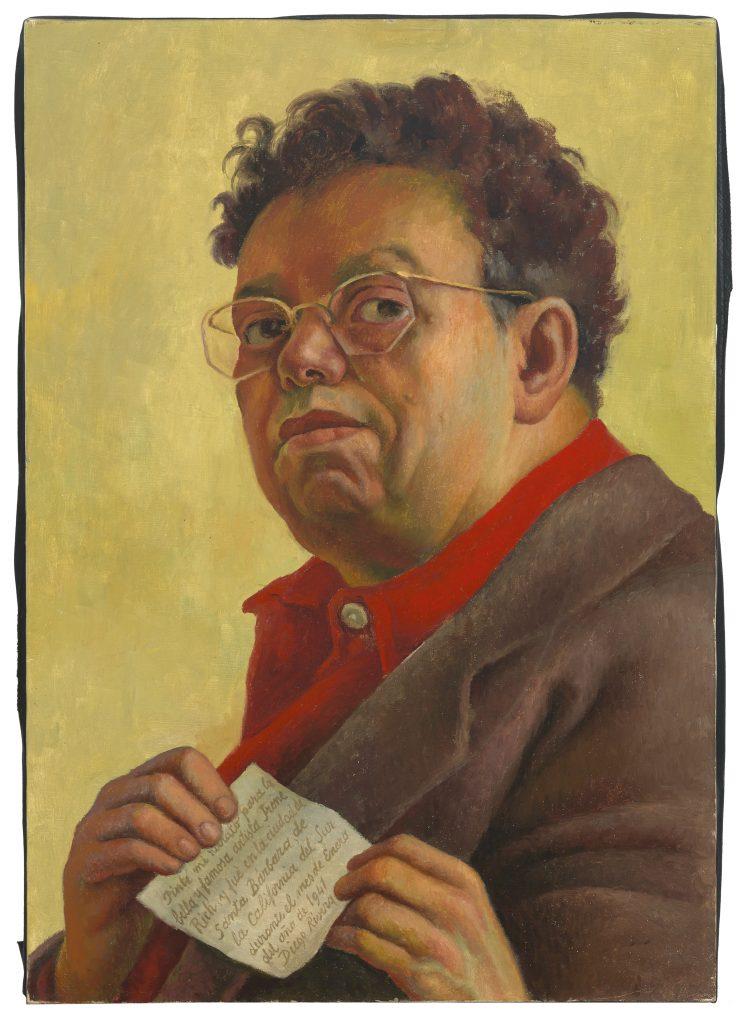 On view through next January, “Diego Rivera’s America” brings together more than 150 paintings, frescoes, and drawings, as well as film projections of public murals. But the show isn’t a retrospective. Rather, it focuses only on the artist’s work from the 1920s to the mid-1940s—the most fruitful period of his career, when he worked across both his home country and the United States.

“I really wanted to just jump right into his art that’s about the construction of national identity and is interested in labor and the working class,” Oles said. “This really allows us to bring together paintings from series or related pictures that have never been seen together.”

Included in the show are many of the painter’s best-known creations, including Dance in Tehuantepec (1928) and Flower Carrier (1935), as well paintings that have never before been seen publicly, preparatory sketches for murals among them.

“For art historians or people who think they know Diego Rivera, there are many many surprises,” Oles said. 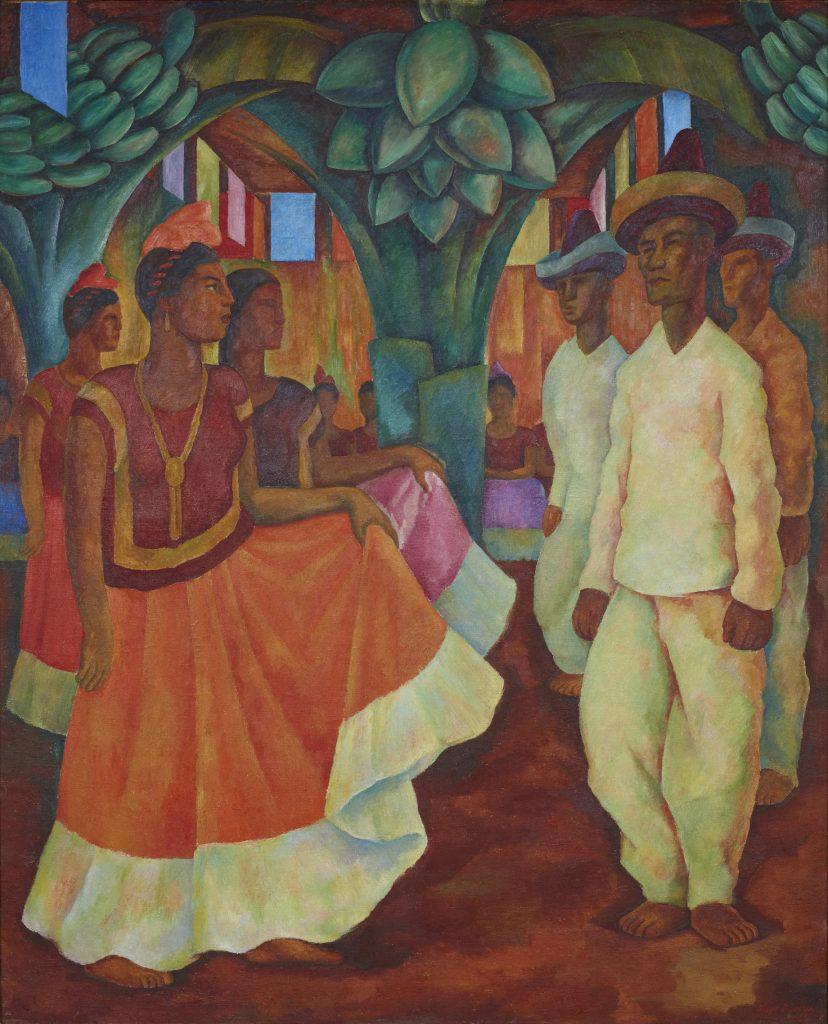 The exhibition is branded as the first to organize Rivera’s output by theme. Individual galleries are dedicated to the painter’s preferred subjects (craftspeople, street vendors, and mothers with children), as well as places from which he worked, like Tehuantepec and Detroit.

Of course, the show also celebrates Rivera’s connection with California (which he called the “hinge” between the US and Mexico) and San Francisco in particular, where the artist visited twice and painted four murals. The museum owns over 70 pieces by Rivera, making its collection of his work among the largest in the world.

The exhibition culminates with a presentation of Rivera’s last U.S. mural, and his biggest portable example: a 22-by-74-foot fresco painted for San Francisco’s Golden Gate International Exposition in 1940. 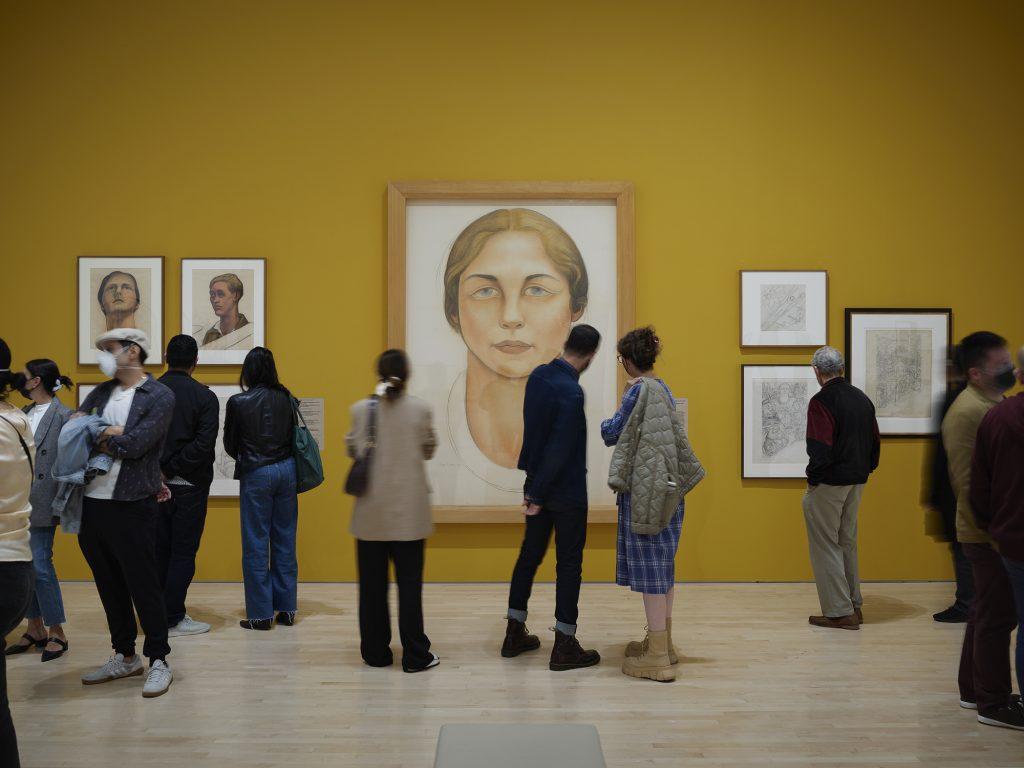 Called The Marriage of the Artistic Expression of the North and of the South on the Continent, and more commonly referred to as Pan American Unity, the ten-panel piece condenses into a single visions of pastoral splendor and urban sprawl, feats of athleticism and art, and masters of machine and craft.

“A lot of Rivera’s work was about reminding the viewer, who was usually elite, of the essential importance of the working class in creating society,” he said. “We need to be reminded again and again of the fact that prosperity rests on the backs of others, most of whom don’t enjoy that same level of fortune.”

“Art can help change perception, art can influence the influencers, art can be a tool that is part of a greater project to create social change in our world,” he added. “Alone, it won’t change anything probably, but together with other political and economic and cultural forces, it can help lead the way.”

“Diego Rivera’s America” is on view now through January 2 at the San Francisco Museum of Modern Art.