Home News A Scientist Has Filed Suit Against the U.S. Copyright Office, Arguing His... 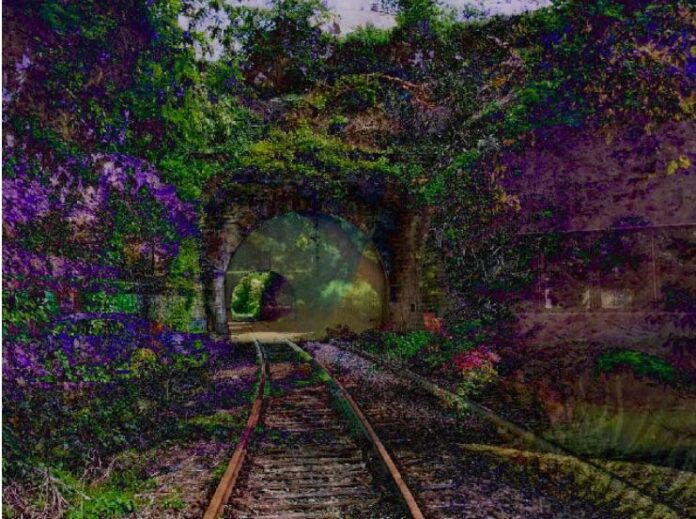 A computer scientist has filed suit against the U.S. Copyright Office, asking a Washington D.C. federal court to overturn the office’s refusal to grant copyright protection to an artwork created by an A.I. system he built.

The work at the center of the suit is titled A Recent Entrance to Paradise, which was generated in 2012 by DABUS, an A.I. system developed by Stephen Thaler, the founder of Imagination Engines Incorporated, an advanced artificial neural network technology company.

In November 2018, Thaler applied to register the piece with the copyright office, listing DABUS as the author of the work and stating that it was “created autonomously by machine.” The office refused the application, responding, “We cannot register this work because it lacks the human authorship necessary to support a copyright claim.”

Other requests for reconsideration, submitted by Thaler in September 2019, May 2020, and February 2022, were similarly rejected, again for the lack of “traditional human authorship.”

The current Copyright Law of the United States grants copyright to “the author or authors of the work.” Thaler’s motion, filed on January 10 by attorney Ryan Abbott, argues that the work in question “satisfies the requirements set forth in the Copyright Act”—that because Thaler “invested and owns the original property [DABUS]… its output, of all kinds, automatically vests in him,” particularly in the context of work-for-hire.

The suit also notes that the copyright office has not set out whether its “Human Authorship Requirement” is related to actual authorship or originality. In either case, though, it argues that the work meets both standards.

“As a factual matter, an A.I. system created an artwork that objectively meets the standard for originality,” reads the motion. “The Work ‘owes its origin’ to the Creativity Machine [DABUS] and was a ‘product of the independent efforts of the author,’ which is the small hurdle required to reach copyrightability.”

Further, the motion highlights that the U.S. Supreme Court has previously ruled that “technological changes must be considered when interpreting the Copyright Act.” Extending protections to works generated by A.I. would be in line with such a mandate, the suit states, “to promote the generation and dissemination of works,” thus furthering the progress of the arts and sciences.

“Whether A.I.-generated works can be protected by copyright is currently important for content generators and businesses like music and movie studios,” Abbott told Artnet News. “The outcome of the case is going to have a significant impact on the use and development of creative A.I. in the United States.”

The U.S. Copyright Office declined to comment for this article.

This motion is the latest in Thaler’s long-running endeavor to obtain intellectual property protections for his A.I.-generated work around the world. So far, his applications have been rejected in 18 global jurisdictions, including Australia and the European Union, the patent office of which ruled “that an inventor designated in the application has to be a human being, not a machine.”

His recent suit is also one of the earliest to claim copyrights for A.I.-generated work, arriving as platforms such as DALL-E and Lensa are making it easier for art to be created with simple text prompts. These services have further sparked controversies over authorship and ownership of machine-made art.

In Thaler’s view, his efforts have become increasingly urgent, as machine intelligence looks set to generate “an explosion of ideas.”

“Sadly, the result will be orphaned art, as well as inventions, and other forms of intellectual property that will all be denied legal protection,” he told Artnet News. “As this crisis grows, an increasing number of artists and inventors will be fraudulently taking credit for the efforts of creative A.I., and in that process, creating chaos.”

More Trending Stories:
French Archaeologists Make ‘Unprecedented Discovery’ of What May Be the Remains of a Roman-Era Mausoleum