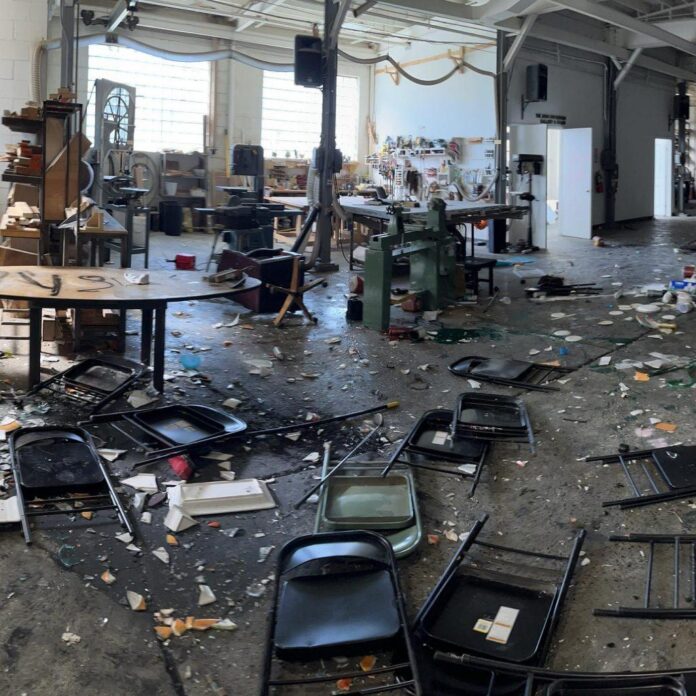 Last weekend, an artist space in Utica, New York, was ransacked by a group of vandals, all of whom were between the ages of 8 and 11.

The incident took place early in the morning of August 28 at Sculpture Space, a residency program for sculptors founded 44 years ago. After breaking into the facility, the vandals destroyed artworks, overturned furniture, shattered glass, and sprayed graffiti on the building’s walls.

Pictures released by Sculpture Space illustrate the extent of the damage, which appears to be severe.

The organization later revealed that the “vandals used paint, torches, sledgehammers, and other studio items and tools to violently destroy several areas and objects.” All windows were smashed, as were multiple lighting fixtures. The site’s bathrooms were flooded and its office, which houses computers and archival documents, was severely damaged.

“It was horrifying,” Tom Montan, the executive director of Sculpture Space, told the New York Times.

The following day, the Utica Police Department announced that it had charged five juveniles in connection with the crime, noting that, in addition to the damage caused at Sculpture Space, the group had also stolen antique bicycles and other pieces of property, as well as several hundred dollars, from the site.

Police units picked up the alleged defacers at a local automobile repair shop, where it was reported that several juveniles were throwing rocks at cars in the business’s lot.

“After further investigation, the officers noticed several antique bicycles around the cars and observed that the juveniles had paint on their shoes consistent with what had been spilled within Sculpture Space,” the police department’s announcement explained. “After compiling a substantial amount of evidence indicating that these parties were in fact responsible for the illegal entry, damage, and theft at the Sculpture Space.”

The five suspects were each charged on counts of burglary in the third degree, petit larceny, criminal mischief, and criminal possession of stolen property. The Utica Police Department also pointed out that charges may be upgraded because of the extent of the damage that was done at the Sculpture Space. (Due to their age, the names of the juveniles were not released.)

“My heart is broken,” Montan said. “I understand kids being kids, but this is so beyond that.” 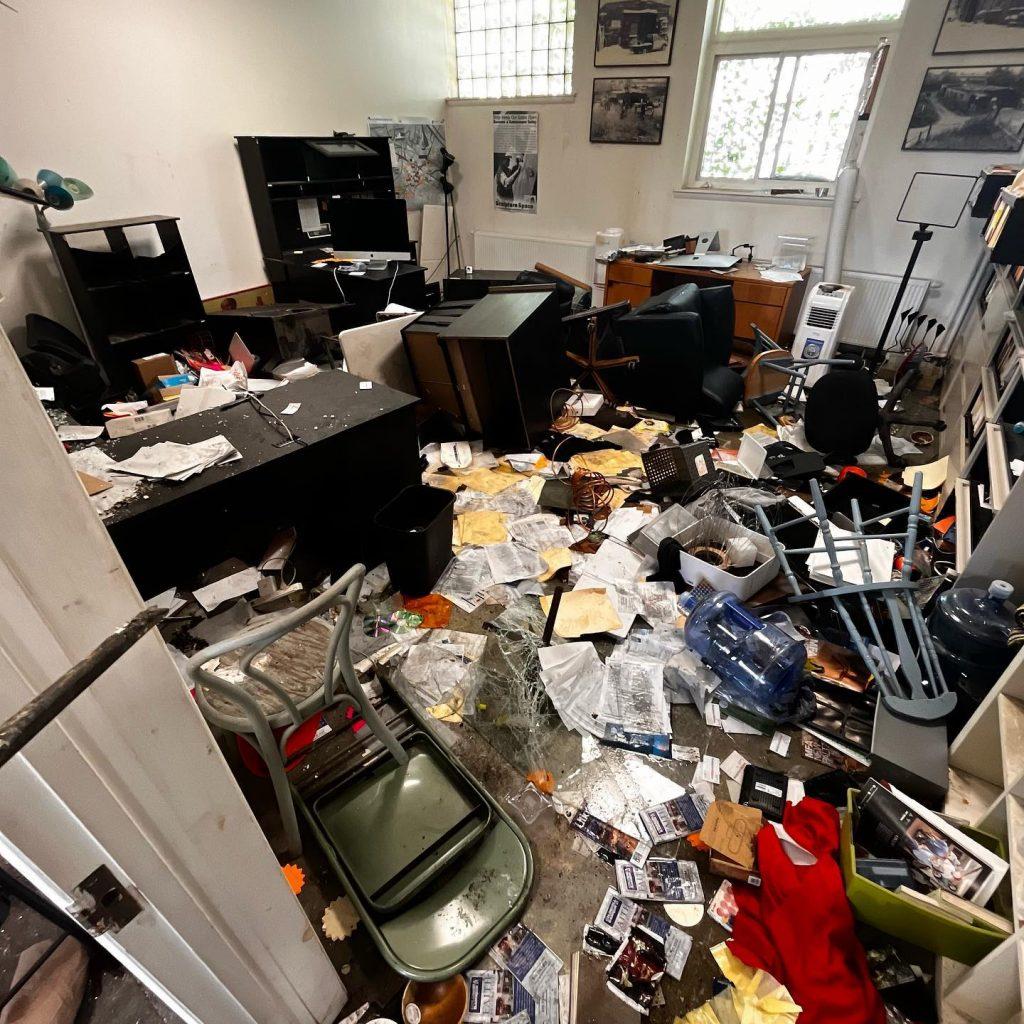 For the Sculpture Space community, the toll of the devastation is heightened by the fact that the nonprofit is currently preparing for its annual art auction in late September—and that some pieces donated by artists for the sale were destroyed in the vandals’ attack. Nevertheless, the organization vowed not to cancel the fundraising event.

“Although this tragedy is a severe setback to Sculpture Space especially on the cusp of their annual CHAIRity art auction and launch party, the board and leadership are determined to move forward with the important launch and auction event on September 24,” Sculpture Space said in a statement.