Home News A Super-Detailed Scan of an Epic Battle Painting Promises to Be the... 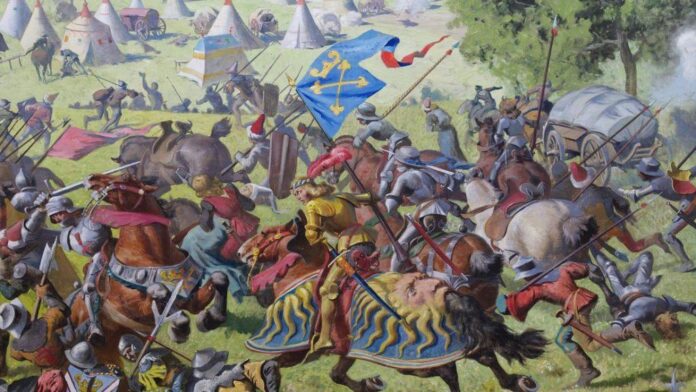 A painting longer than a football field is getting a “digital twin” thanks to a painstaking process that will produce one of the largest digital images ever created.

Louis Braun’s 1893 canvas ​​The Panorama of the Battle of Murten is the subject of the digitization effort, led by experts at ​​École polytechnique fédérale de Lausanne (EPFL) in  Switzerland.

Braun’s painting, which depicts the Swiss Confederates’ 1476 victory over the Duke of Burgundy in Murten, has rarely been seen publicly due to its enormous size: 30 feet by 300 feet. It was displayed in Zurich and Geneva in the late 19th century, and then again at the Swiss National Exposition in 2002, but has otherwise remained rolled up in storage for most of its existence.

But thanks to EPFL and Sarah Kenderdine, the head of the university’s Laboratory for Experimental Museology, Braun’s masterpiece will soon be granted a much larger audience.

Kenderdine and her team have created a custom rig that, over the course of four months, will allow an ultra-high-resolution camera to rove over the painting’s surface, creating some 400,000 photographs along the way. The ultimate goal is a dot-for-dot digital recreation of the canvas that will be freely available for people to explore by 2026—just in time for the 550th anniversary of the Murten battle.

“As far as any published research has established, this is expected to be the largest single seamless image ever created at 1,600 gigapixels,” Kenderdine said in a statement. “That’s 1.6 trillion pixels, or picture elements.”

Braun, who was among the preeminent panoramic painters of his era, completed the Battle of Murten over the course of 10 months in 1893.

It was originally intended to be displayed in a rotunda and thus bears a hyperboloid shape, making it unable to lay flat as a more traditional painting would. To account for this, Kenderdine’s crew will unspool the painting across a special substrate to ensure that images are captured cleanly. 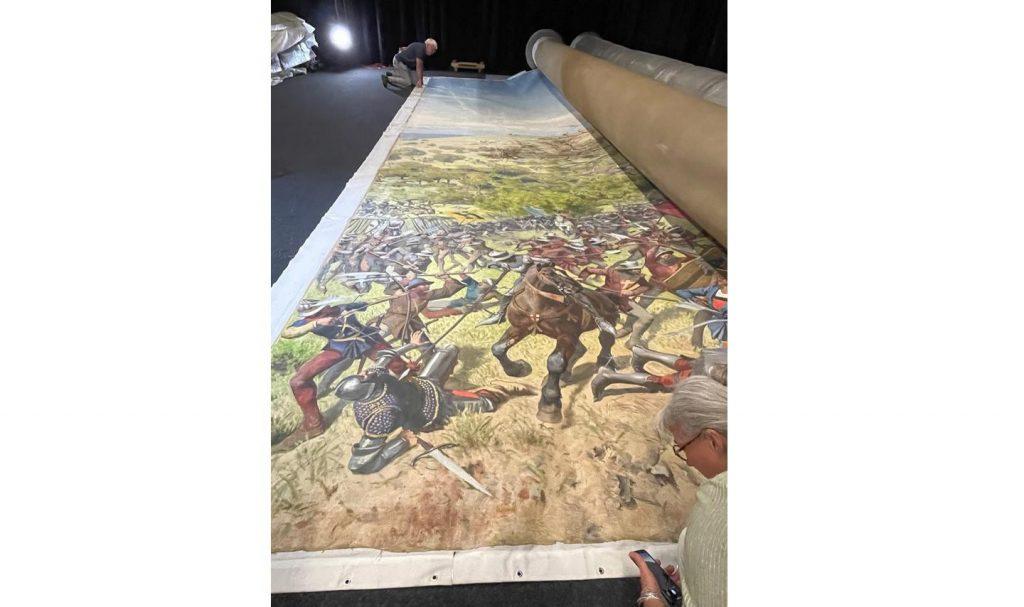 A 150-megapixel camera, specifically designed by its manufacturer for cultural heritage digitization, will be EPFL’s instrument of choice. The camera will also be able to capture images beyond the red, green, and blue color spectrum, offering up a detailed look at the canvas’s composition, beyond its surface.

“The Murten Panorama is a national treasure, and our project opens us up to a new approach to Swiss history and culture,” says Daniel Jaquet, a member of the Foundation for the Panorama of the Battle of Murten, which partnered with EPFL to make the digitization possible. “It contains not only highly detailed depictions of a battle, but also very rich sociocultural aspects, through the lens of the late 19th-century worldview.”

By digitizing the painting,” Jaquet explained, “we are set free from the confines of a traditional military history approach.”