Home News A Year After ‘Pillar of Shame’ Was Removed From Hong Kong University,... 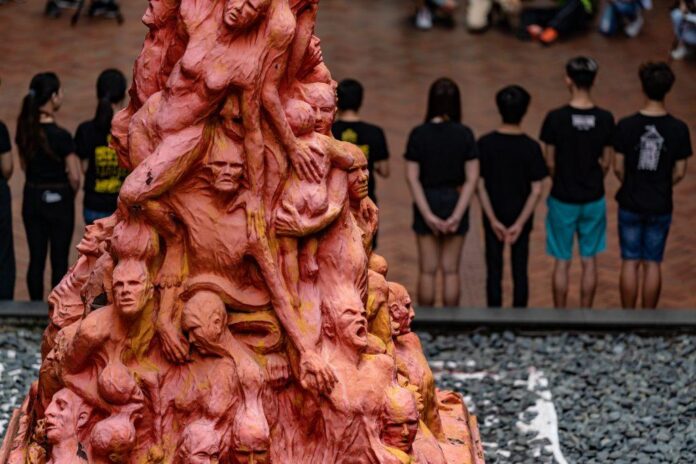 Danish artist Jens Galschiøt, whose political sculpture was removed from a Hong Kong university campus without his consent in 2021, has teamed up with an organization to launch an augmented reality-based campaign calling for the return of his artwork. The monument is being stored in an undisclosed location in the city, and the university has yet to respond to the artist’s requests for information on its whereabouts.

“Now, I cannot even get information about where my sculpture is,” the artist said in a statement, adding that the work appeared to have been damaged when it was taken down on December 22 by the University of Hong Kong, where the sculpture stood since 1998. “It is quite frustrating.”

The “Return the PIlar” campaign, spearheaded by the artist and a Hong Kong organization called NGOdei, invites participants to download an A.R. mobile app to digitally place the sculpture in any location around the world, snap a photo, and upload the image to social media with hashtag #returnthepillar.

Organizers are also openly sharing 3D files of the work, allowing those who have access to 3D printing to print a model of the sculpture in any size and upload a photo of the model.

Galschiøt hopes that the social media campaign will help drive awareness about the status of the sculpture, which was created to commemorate the victims of the 1989 Tiananmen massacre, and its potential return, despite repeated failed attempts.

He had offered to go to Hong Kong to personally bring the sculpture back, with a shipping company and a crane company already on standby. His lawyers have been reaching out to the university’s lawyers, who eventually responded that they had not received “any instructions from the University of Hong Kong in respect of our proposal to inspect and remove the Pillar” months later.

Artnet News has reached out to HKU for comment. 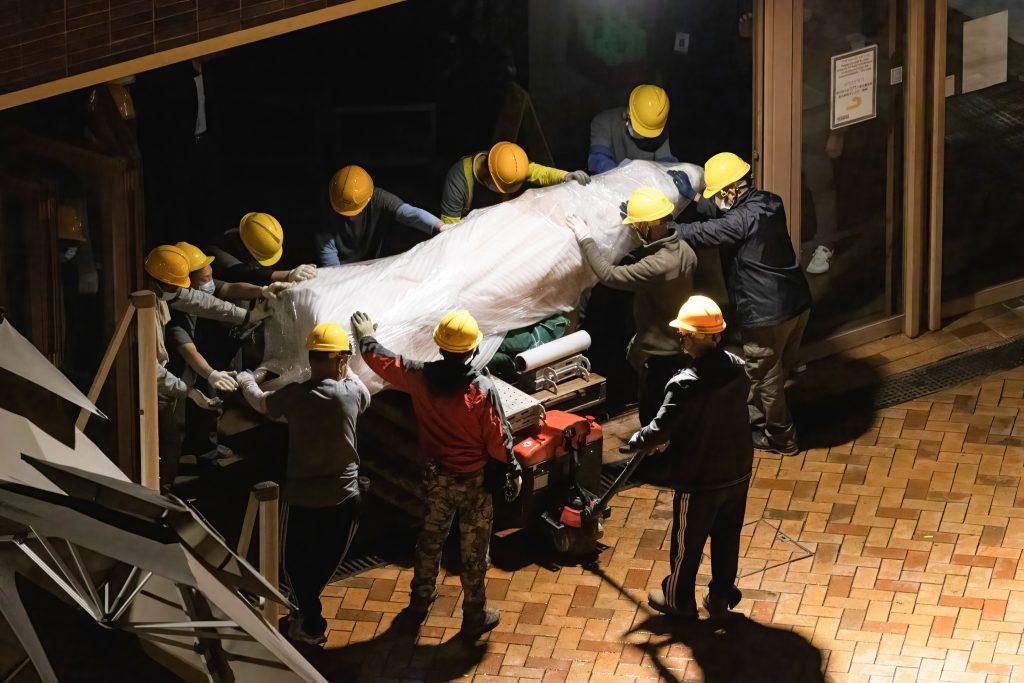 HONG KONG, CHINA – 2021/12/23: The upper-half of the Pillar of Shame seen being moved by the workers for later transportation. Photo by Alex Chan/SOPA Images/LightRocket via Getty Images.

The 23-foot-tall sculpture was first erected in Hong Kong on the eighth anniversary of the Tiananmen crackdown, just one week before the former British colony was handed over to China in 1997. It was then moved to the HKU campus the following year.

The sculpture has long served as a symbol of freedom, democracy, and human rights in Hong Kong. But a decision to remove the sculpture came nearly a year after the national security law, which targets secession, subversion, terrorism, and collusion with foreign entities, was imposed on Hong Kong in June 2020. In the wake of these measures, nearly 200 pro-democracy politicians, activists, and journalists, including teenagers, have been arrested.