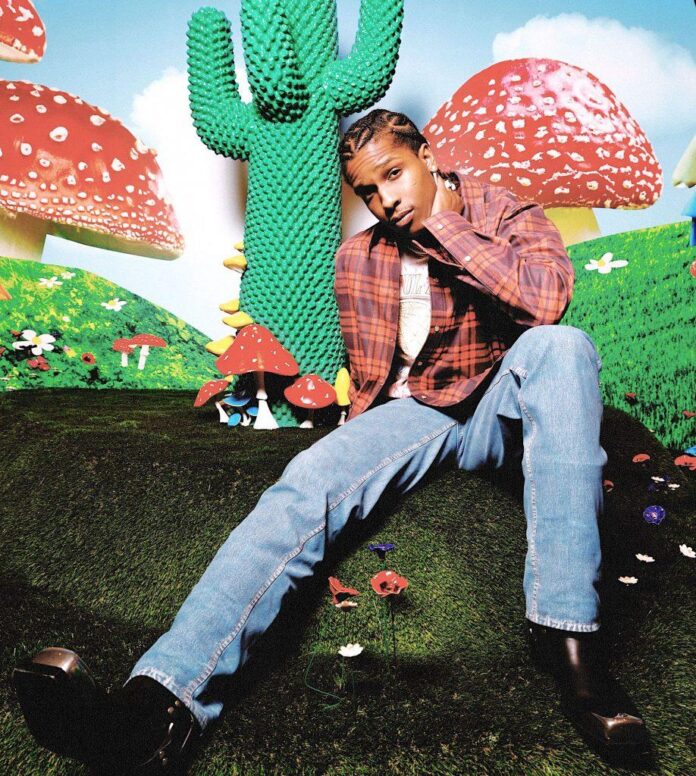 This past weekend in Miami found A$AP Rocky posing not alongside Rihanna but another being around her height: a human-sized, toadstool-covered cactus. The recording artist chose Design Miami’s future-themed edition as the venue to launch Hommemade, his “furniture interior design studio,” making the polyurethane plant on display the first of what appears to be many trippy home objects to come.

“This is the first collaboration from my Hommemade decor studio,” Rocky said in a statement, “and since I’ve always advocated for mushrooms it was only right that we made a cactus.” And he didn’t stop there. Along with his collaborator, Gufram, he placed the assorted succulents and fungi in a makeshift forest under an idyllic blue sky, complete with ceramic flowers. 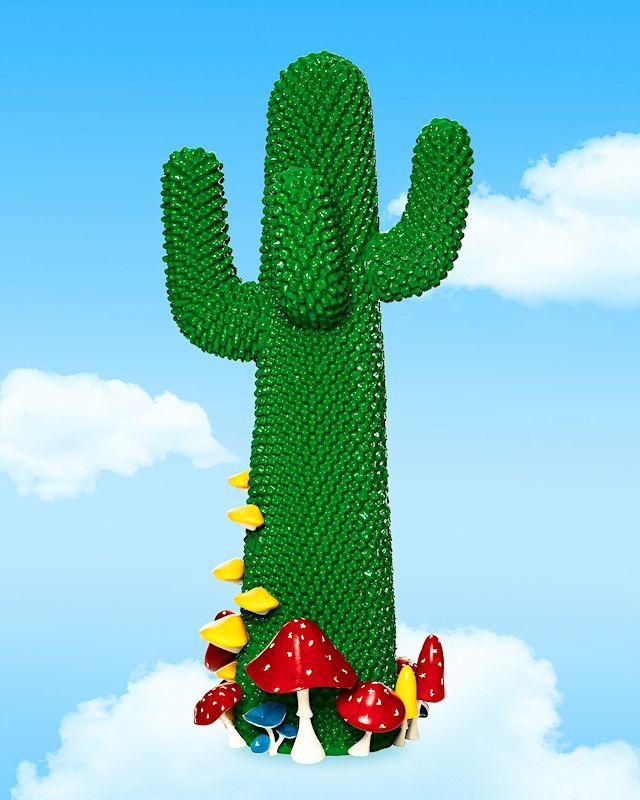 A$AP Rocky’s (2022), made in collaboration with Gufram. Courtesy of Gufram.

We’ve seen plenty of cacti from Gufram over the years. The influential Italian furniture manufacturer has been producing versions of what’s officially known as for half a century, originally designed by Guido Drocco and Franco Mello in 1972. Miami is also playing host to Gufram’s Andy Warhol Foundation cactus collaboration.

A$AP Rocky’s goal with Hommemade—“to create pieces that defy normalcy, inspire creativity, and ensure comfort”—neatly aligns with those of his collaborator, which first broke barriers in the 1970s and most recently founded the Italian Radical Design Group with Memphis Milano.

No word yet what else is to come from Hommemade beyond its nine-edition sculptural debut. And if a cactus as a furniture-slash-interior-design object is any indication, who knows what else Rocky has in store.

A giant inflatable Koons, a desert mirror illusion and a giant football goal: seven of the best new sculptures in Qatar

‘I Always Need to Unlearn Something’: Gallerist Olivier Meessen on the Challenges Facing the Middle Market