After decades of mystery, researchers in Mexico may have finally found the ancient city of Sak Tz’i’—a much-fabled Maya dynasty whose land spanned 100 acres of jungle and dates back at least 2,500 years.

Sak Tz’i’ reached a peak population of 1,000 in 750 C.E., while radiocarbon dating suggests that it was likely first colonized around 750 BCE. Its ruins include an acropolis, a ball court, and ceremonial centers.

Since 1994, researchers have tried to understand why Sak Tz’i’ and other city-states were abandoned during the ninth century.

“It occupied an important transit route for travelers, trade, and occasionally for the warriors from competing kingdoms,” anthropologist Charles Golden, who co-led the research team, told Artnet News in an email. 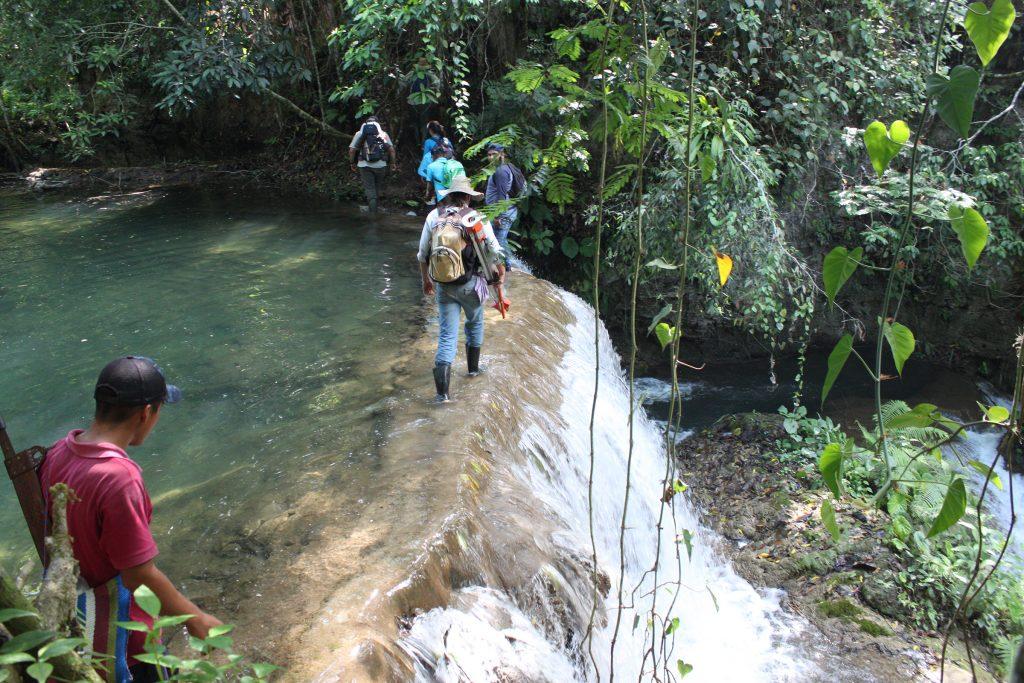 Golden likened the discovery to figuring out where Burgundy would go on a map of medieval Europe. “It’s that critical a piece of the puzzle,” he told the New York Times.

The Times characterized the society as “sometime ally, sometime vassal, sometime foe of several of the largest and most powerful regional players,” due to its strategic location.

However, Golden cautions against attributing too much hostility to the people. “The residents of Sak Tz’i’ or the Classic period Maya more broadly, were no more or less bellicose than any other society,” Golden said. “For rulers and the nobles in their royal courts, warfare was the occasional outcome of political and economic competition with neighbors. For the everyday folks who also had to fight in such conflicts they likely did so because of obligations to local rulers, and more importantly to defend their families at risk.”

It was actually a grad student from the University of Pennsylvania who tipped off Golden and his colleague Andrew Scherer to the site, formerly known as Lacanjá Tzeltal. The student passed a carnitas stand where the proprietor flagged him down. He pointed out a limestone slab that had been unearthed by a nearby cattle rancher and depicted the Maya calendar and other glyphs.

When Golden and Scherer received word, they saw it as “a full-size monument bearing glyphs of the Sak Tz’i’ dynasty.” 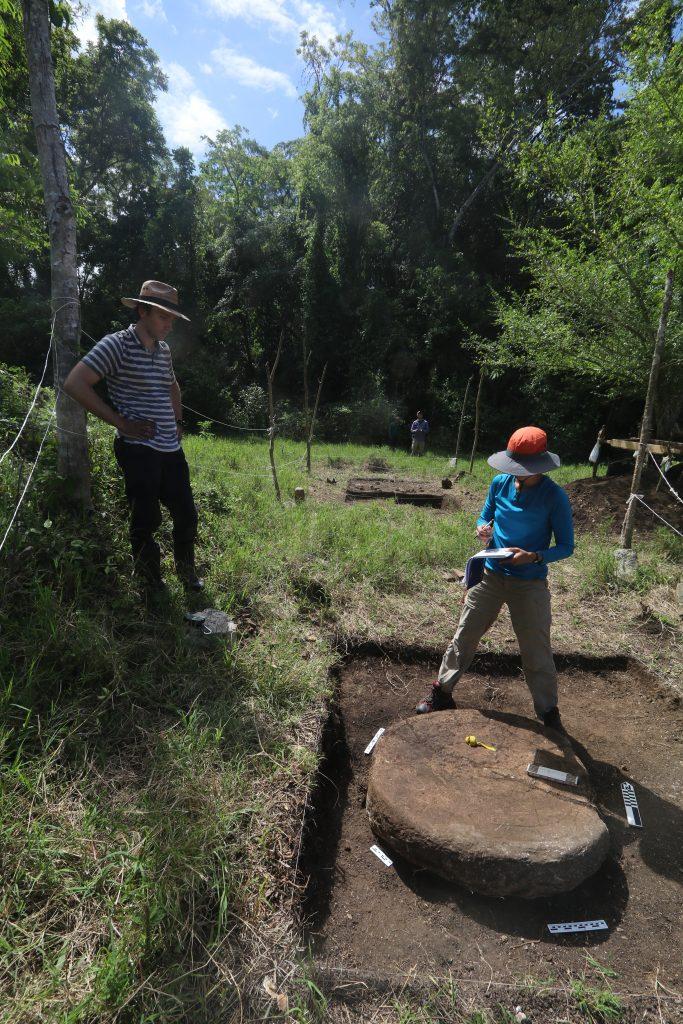 Whittaker Schroder (the former grad student who started this study) and Mallory Matsumoto document an altar in the middle of the ballcourt at Lacanja Tzeltal.

In 2019, they flew LIDAR-equipped drones and planes over the site. By this past June, they returned to preserve it by working with a local crew to reinforce the ancient masonry

So far, they’ve found stone stelae, cooking tools, and the 2,500-year-old corpse of an adult woman, in addition to protective stone walls located close to the city’s center. The real treasure was the panel that started it all, inscribed with Sak Tz’i’s origin story of wars, floods, and a water serpent, told in poetic couplets.

Golden said that the team intends to work with the cattle rancher and Mexican authorities to further research how the ancient society dealt with environmental fluctuations, secured food, mitigated conflict, and to generally “explore the origins and long-term history of the city.”