Home News After sudden dismissal of all its members, Pittsburgh mayor moves to overhaul... 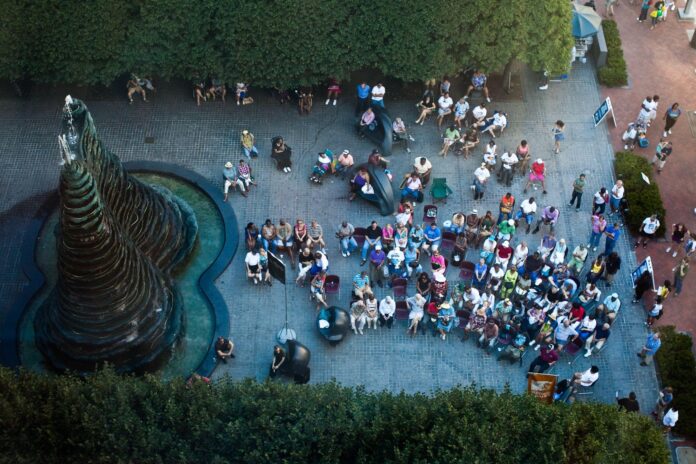 The future of public art in Pittsburgh, Pennsylvania, appears to be in flux. Mayor Ed Gainey, who began his tenure in January 2022, made headlines last month when he dismissed all five members of the city’s Arts Commission, a body of volunteer mayoral appointees that reviews the execution, removal and alteration of public artworks. Gainey announced a series of sweeping structural changes to the Arts Commission on 9 December.

Moving forward, Gainey has proposed the seven-person Commission be split into two committees, one responsible for civic design and the other for public art, a shift aimed at leveraging commissioner expertise and streamlining project criteria. The mayor’s office has also suggested the creation a Public Art Trust Fund that collects contributions to Pittburgh’s Public Art Performance Point programme, which incentivises developers to include community-minded priorities by granting them exceptions to zoning codes.

In a statement, Sarah Minnaert, the assistant director of public history, art and design, noted that the city code governing public art “has not been comprehensively updated since 1977”. As of this writing, Gainey has not announced replacements for the dismissed commissioners; the commission’s next meeting will take place 25 January.

Finally, the mayor has suggested a more centralised model for funding, effectively allowing the city to pool resources into a few large-scale projects rather than dividing its budget among smaller endeavours. The city’s current Percent for Art law has drawn critics who claim it has not generated enough funds on any one project to create a substantial result. Gainey’s proposed expansion will broaden the resource base for more ambitious public art pieces.

“This is a necessary move to really be more strategic about where public art investments happen in the city and be more equitable about… where they are and the neighbourhoods they touch,” Sallyann Kluz, the executive director of the Office for Public Art, said in a statement.

As the City Council reviews the mayor’s proposed legislation, questions remain about the tone Pittsburgh’s public art initiatives might take in future. In a November Instagram post, deposed Art Commission secretary Sarika Goulatia asked, “was being critical of city run projects instrumental in this termination without any meeting with the mayor or his team?”, an apparent reference to dialogue advocating for the removal of a Christopher Columbus statue in a city park.

Commissioners also advocated for more public oversight in the redesign of the Fern Hollow Bridge in Pittburgh’s Frick Park, the reconstruction of which is taking place on an expedited timeline after its collapse last year.

7 Questions for the Miaz Brothers, Whose Forthcoming Show Champions Hope in the Face of Crisis