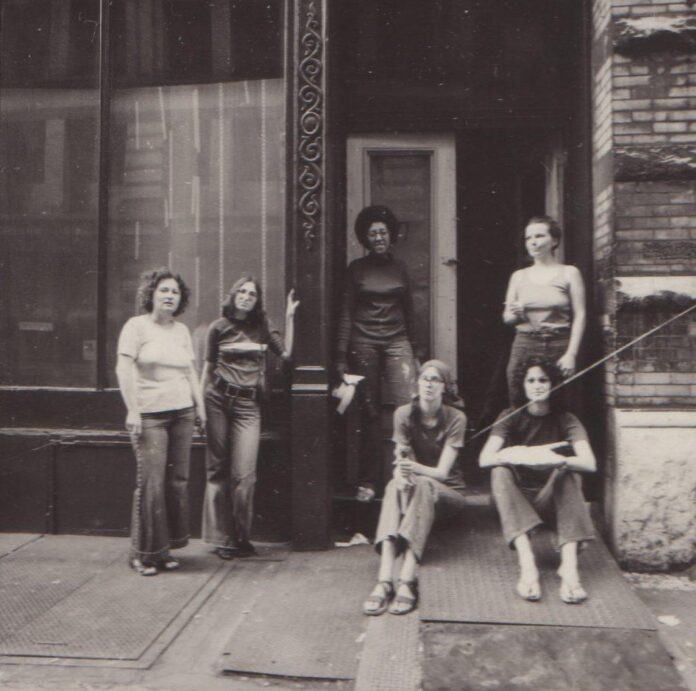 Today marks the 50th anniversary of the founding of Artists in Residence, Inc. (A.I.R. Gallery), the first nonprofit artist-run cooperative gallery for women artists in the United States. In recognition of that milestone, the organization is launching a new digital archive and exhibition that covers the first half of its history.

“A.I.R. has been the home for so many incredible women and nonbinary artists,” A.I.R. board chair Susan Stainman, told Artnet News. “We’re such a little organization, but there’s such significant history that has happened in this institution. To have it so much more readily available is really important in terms of the history of women artists.”

“A.I.R.: The First 25 Years” launches today on Google Arts and Culture courtesy of the Feminist Institute, which commissioned the four-chapter digital exhibition and archive as part of its mission to make women’s history more accessible.

“We’re funding feminist research that’s archivally based to bring materials about feminist artists and feminist art movements into the public record,” the Feminist Institute’s Dena Muller, who was A.I.R.’s director from 1998 to 2006, told Artnet News. 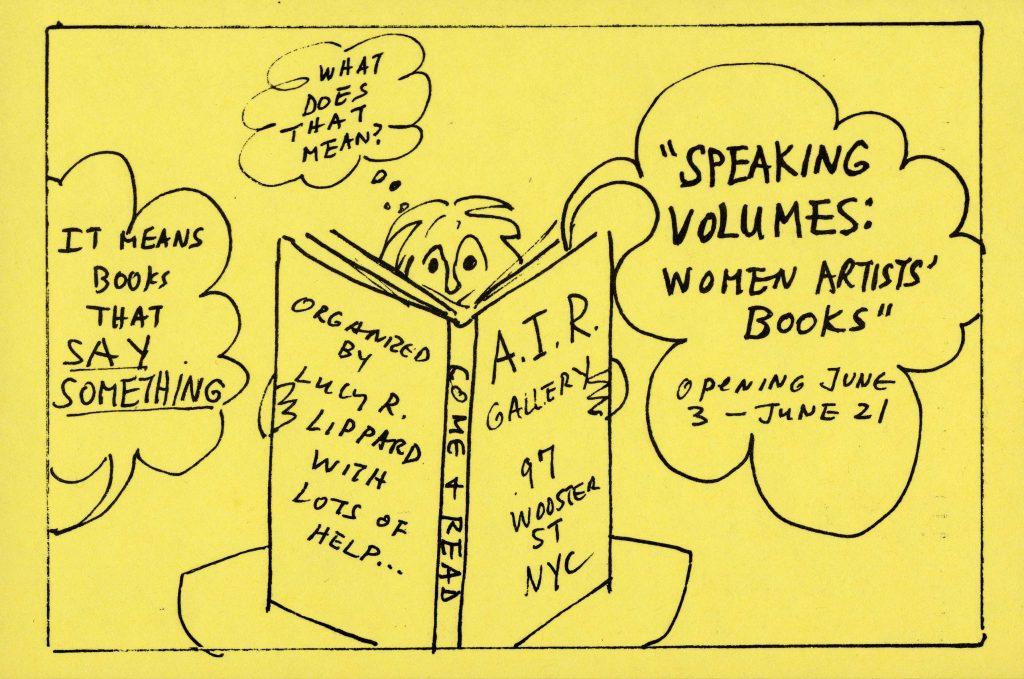 “This feeds into a long history of women’s cooperative galleries like A.I.R. not just making space for oneself, but also arming other people with the skills and resources and knowledge to build their own vision of what contemporary feminist practice is,” Christian Camacho-Light, who in July became the gallery’s first nonbinary executive director, told Artnet News. “This project has led us as an organization to think in both directions—to look back critically to the past, but also to consider, what does the next 50 years of feminist practice look like? What work still needs to be done?”

Previously, to access the A.I.R. archives, which are housed at the Fales Library and Special Collections at New York University, one had to be a scholar with academic credentials.

“People need to be able to get the information so they can do they work,” Daria Dorosh, one of A.I.R.’s 20 founding members, told Artnet News. She recently spent three hours on the phone answering questions for a pair of curators in Berlin who weren’t able to travel overseas to review the materials they needed at Fales. 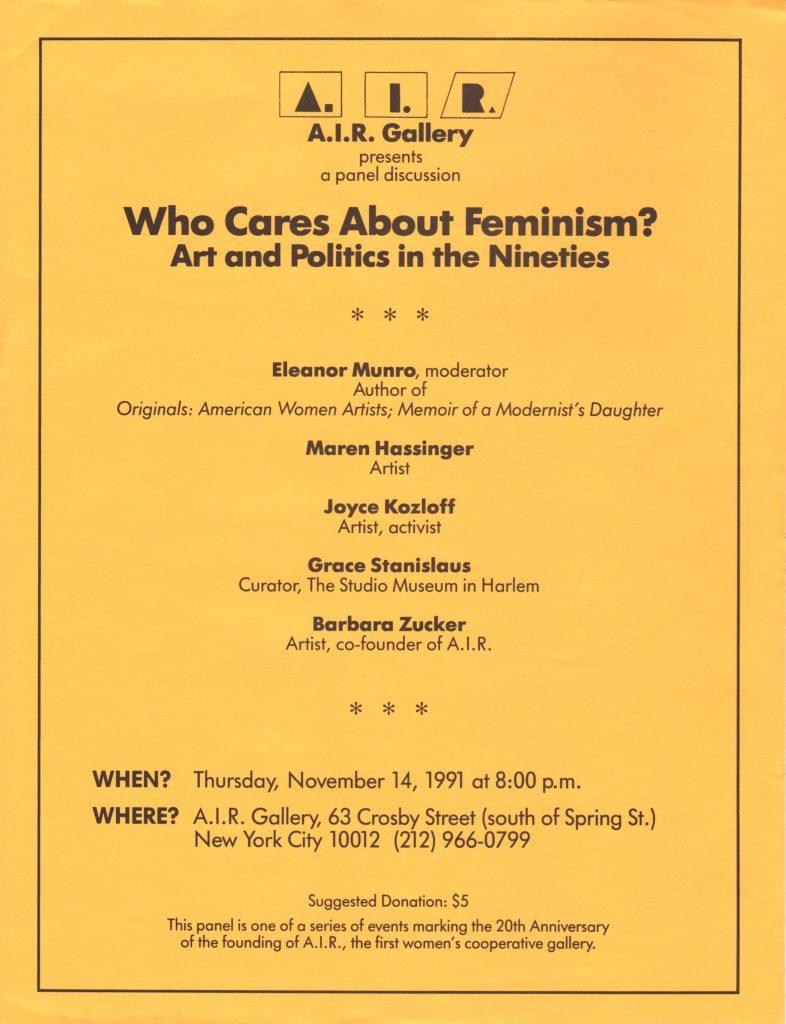 Flyer for panel discussion “Who Cares About Feminism: Art and Politics in the Nineties”. November 1991. Chapter 4, “A.I.R: The First 25 Years.” Courtesy of Fales Libary and Sepcial Collections, NYU.

“It’s a really involved, multipart series looking at the history of A.I.R. from the founding days from multiple perspectives,” Muller said.

From the beginning, A.I.R. fought to create opportunities for women in the male-dominated art world. 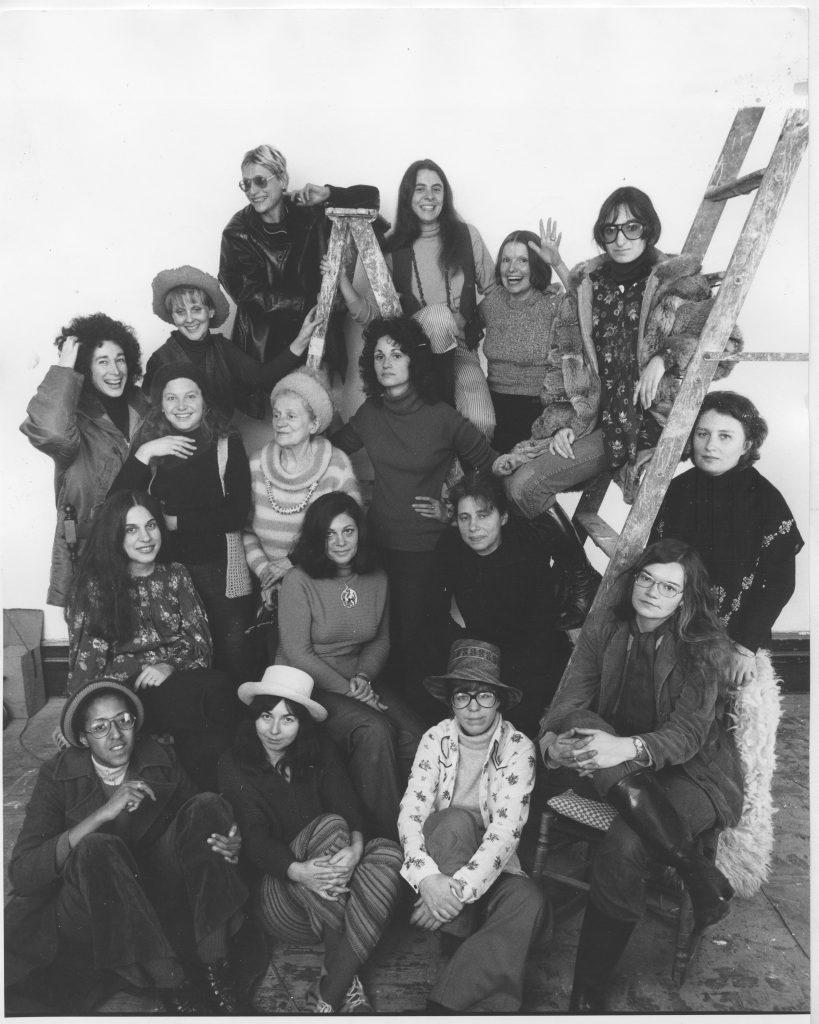 “We were tacking the big issue of lack equity in the art world for women. We wanted to have equal rights to succeed or fail as any male artist,” Dorosh said of the organization’s origins. “As a young artist, it just about saved my life to see that there were others like me out there, bringing art and feminism together.”

Now, 50 years later, she is staging a commemorative project with Yvonne Shortt in Times Square on Friday, running artworks on five digital billboards on a rotating basis between 12 p.m. and 2 p.m. The public art project is a celebration of A.I.R., but it’s also a reminder how important it is to catalogue the organization’s history now, while the living memory of early members like Dorosh still endures.

“Half of the founding members are still around and I’m sure they’ve got terrific materials that they never thought would be valuable,” Dorosh said. She finds that one of her main roles at the cooperative has become answering questions about the past, and fears that if the archiving work isn’t completed now, “it will be guesswork.”

The archaeological discovery of the century? What the San Casciano bronzes tell us about Roman and Etruscan life

Art School Is Too Airless, Inaccessible, and Out of Touch. Here’s How the Artist Mark Leckey Is Trying to Change That