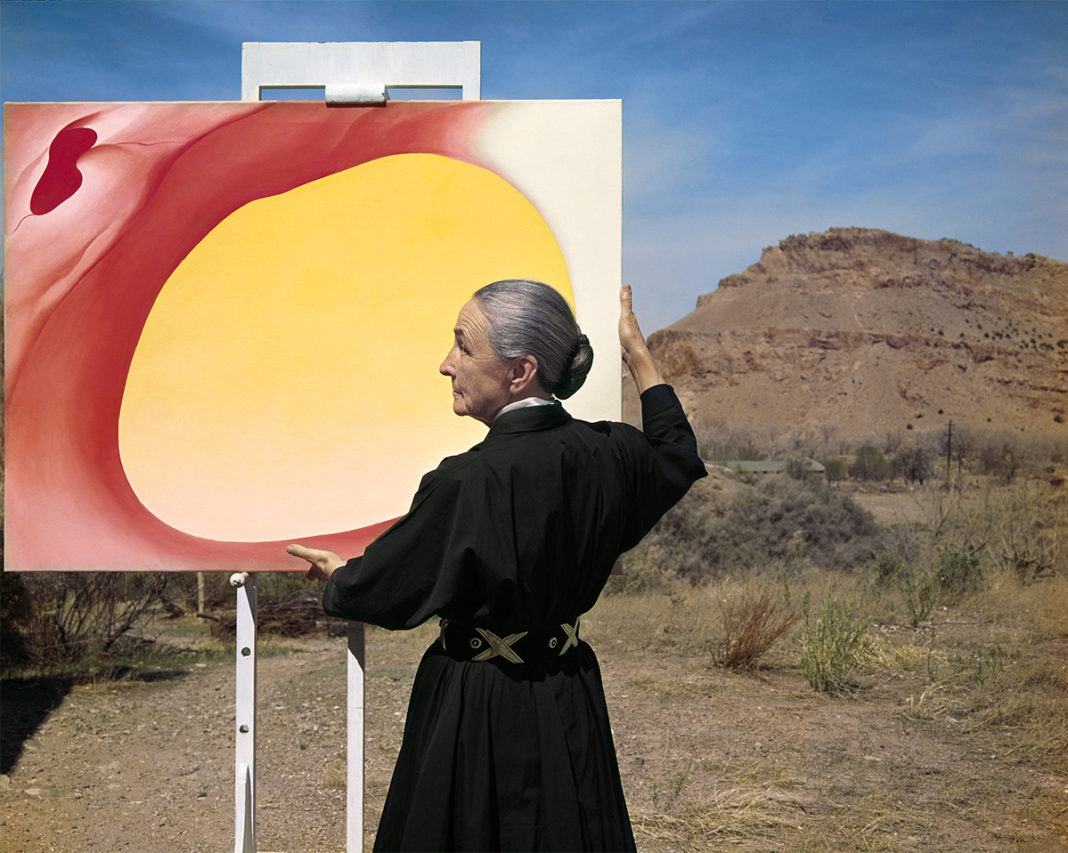 We note in our Instagram that You fix your look on Georgia O’Keeffe, her art. The good idea will devote the article to Great American Woman, artist, having broken stereotypes on the painting. “National anthem” of fine art of USA, Georgia O’Keeffe. 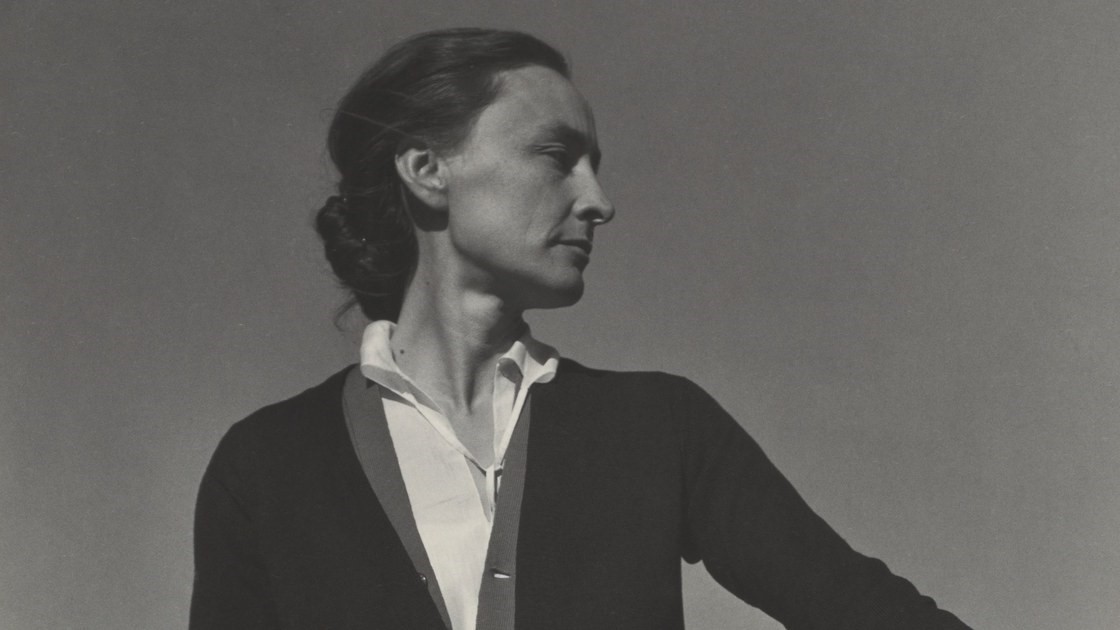 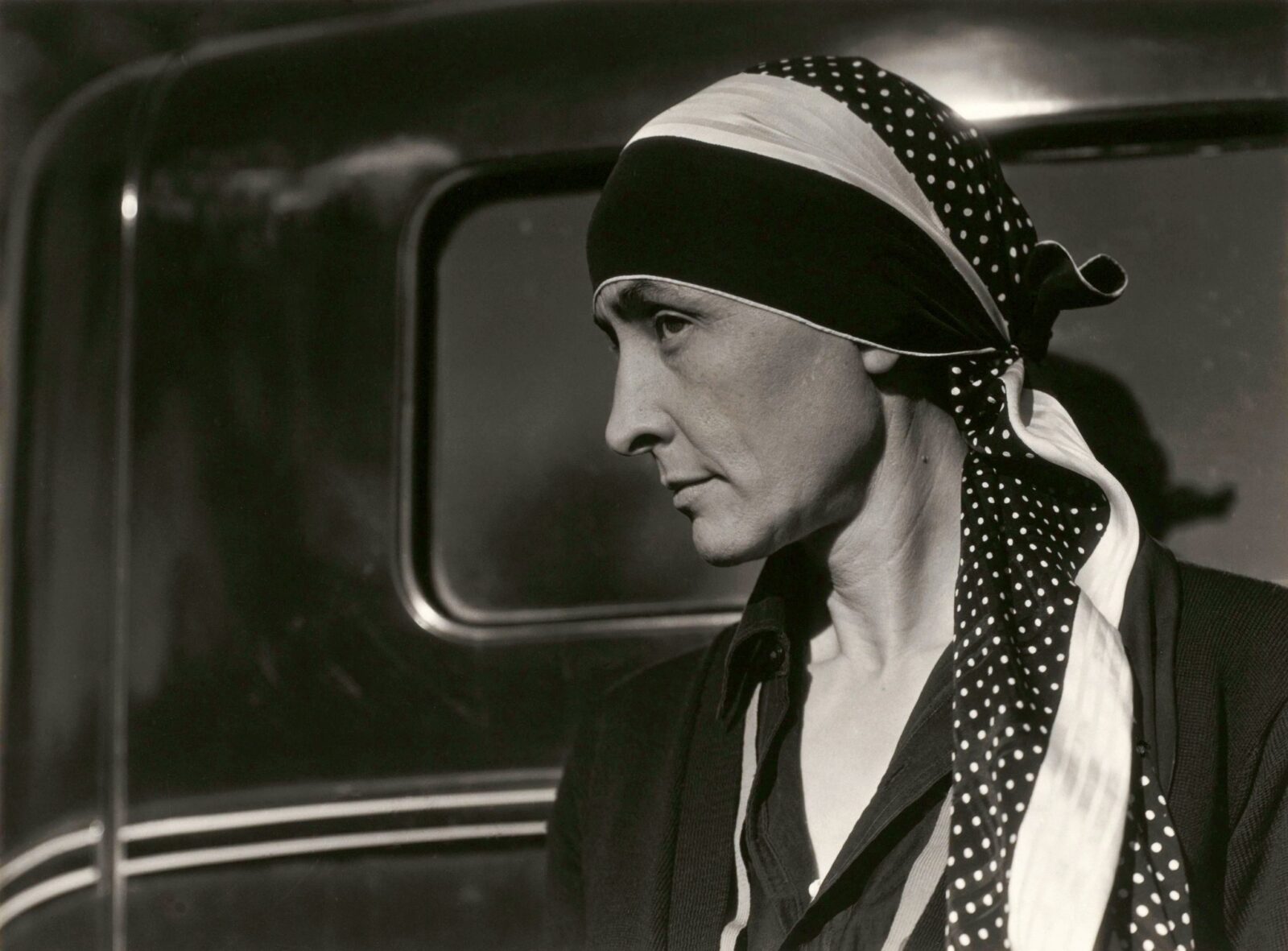 Georgia O’Keeffe played a pivotal role in the development of American modernism and its relationship to European avante garde movements of the early twentieth century. Producing a substantial body of work over seven decades, she sought to capture the emotion and power of objects through abstracting the natural world. Alfred Stieglitz identified her as the first female American modernist, whose paintings of flowers, barren landscapes, and close-up still lifes have become a part of the mythology and iconography of the American artistic landscape.

Georgia O’Keeffe was born near Sun Prairie, Wisconsin in 1887, the second of seven children. She received early encouragement to study art from her mother and took watercolor lessons from a local artist, Sara Mann. O’Keeffe came from a family where female education was stressed and she was fortunate to attend the School of the Art Institute of Chicago from 1905 to 1906 where she studied with John Vanderpoel. 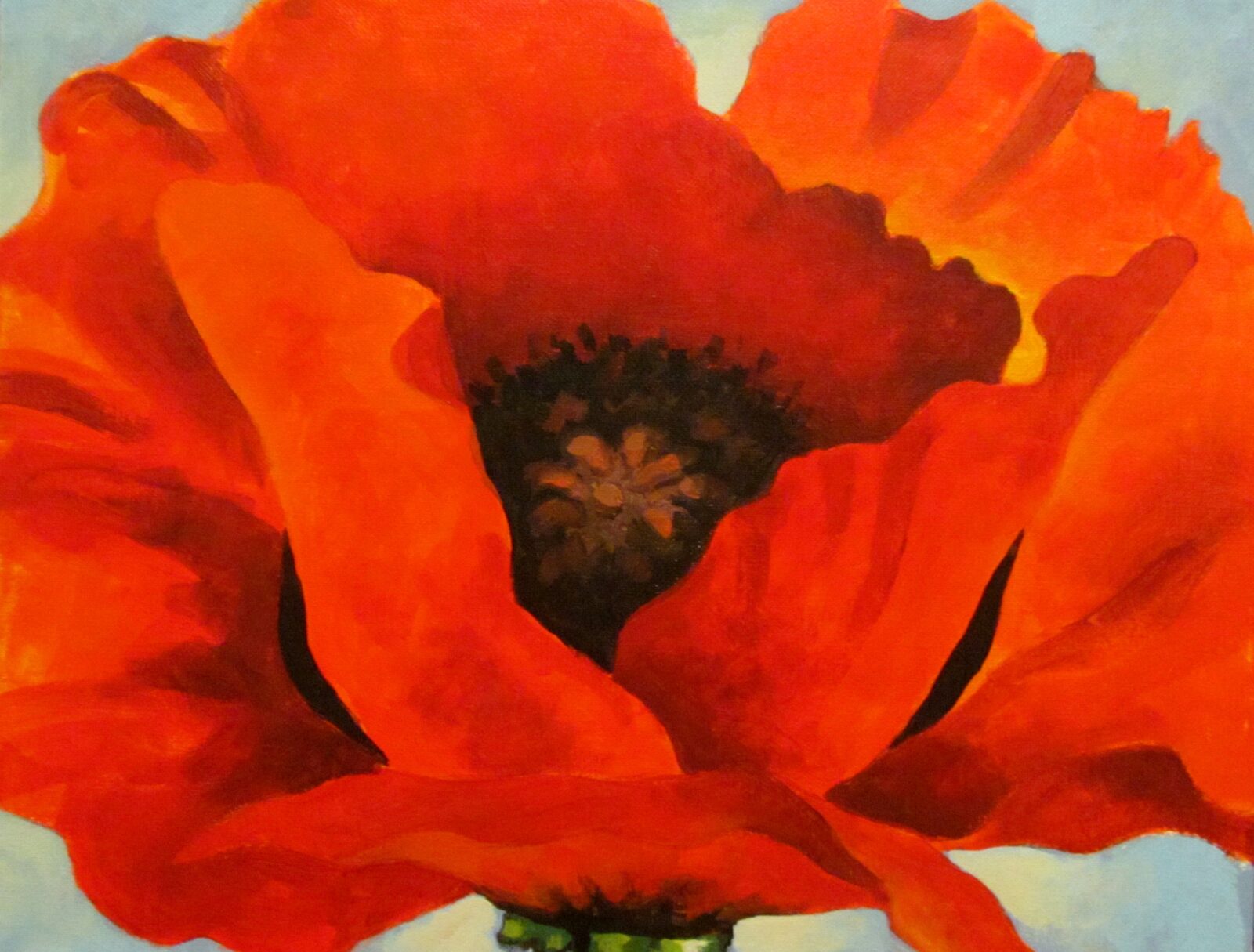 In the fall of 1907, O’Keeffe moved to New York City and attended classes at the Art Students League, studying under the artist-teacher William Merritt Chase. A prize she won for one of her still lifes, allowed her to attend the League’s summer school in Lake George, New York. While in NYC, she frequented exhibitions at Gallery 291, which was owned by photographer Alfred Stieglitz and was one of the few places in the United States where European avant-garde art was exhibited. For the first time O’Keeffe was exposed to popular European artists, such as Auguste Rodin and Henri Matisse. She abandoned the pursuit of art as a career in 1908 for four years, taking a job in Chicago as a commercial artist. 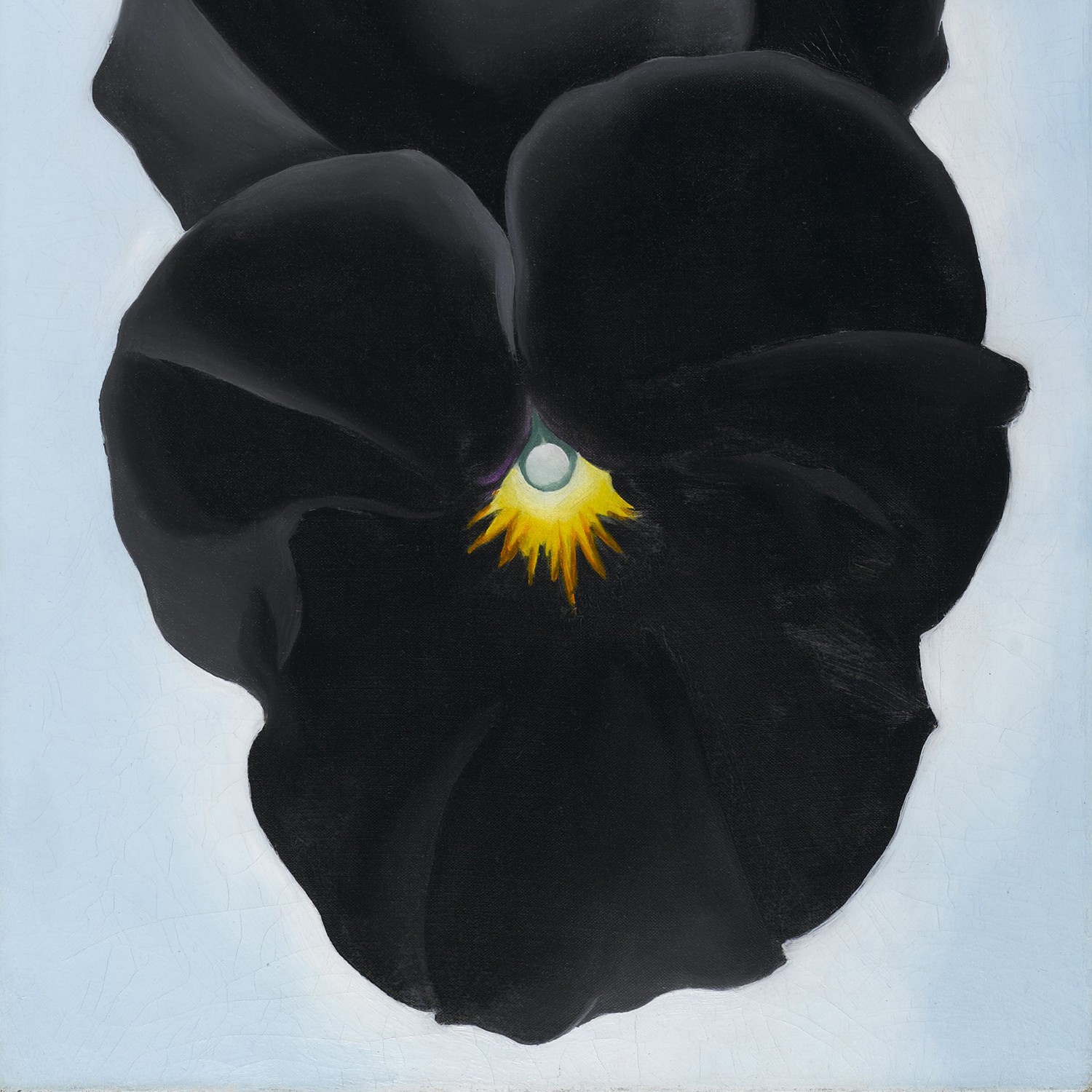 She began focusing on her art again in 1912, after attending a drawing class at the University of Virginia’s summer school. Her teacher, Alon Bement, professed an innovative teaching style that was heavily influenced by the artist Arthur Wesley Dow. While teaching at Columbia College in South Carolina in 1915, O’Keeffe began to experiment with Dow’s theory of self-exploration through art. She took natural forms, such as ferns, clouds, and waves, and began a small series of charcoal drawings that simplified them into expressive, abstracted combinations of shapes and lines. After completing this series, O’Keeffe mailed a few of them to her friend Anita Pollitzer, a former classmate, who brought the drawings to the attention of Alfred Stieglitz in January 1916. 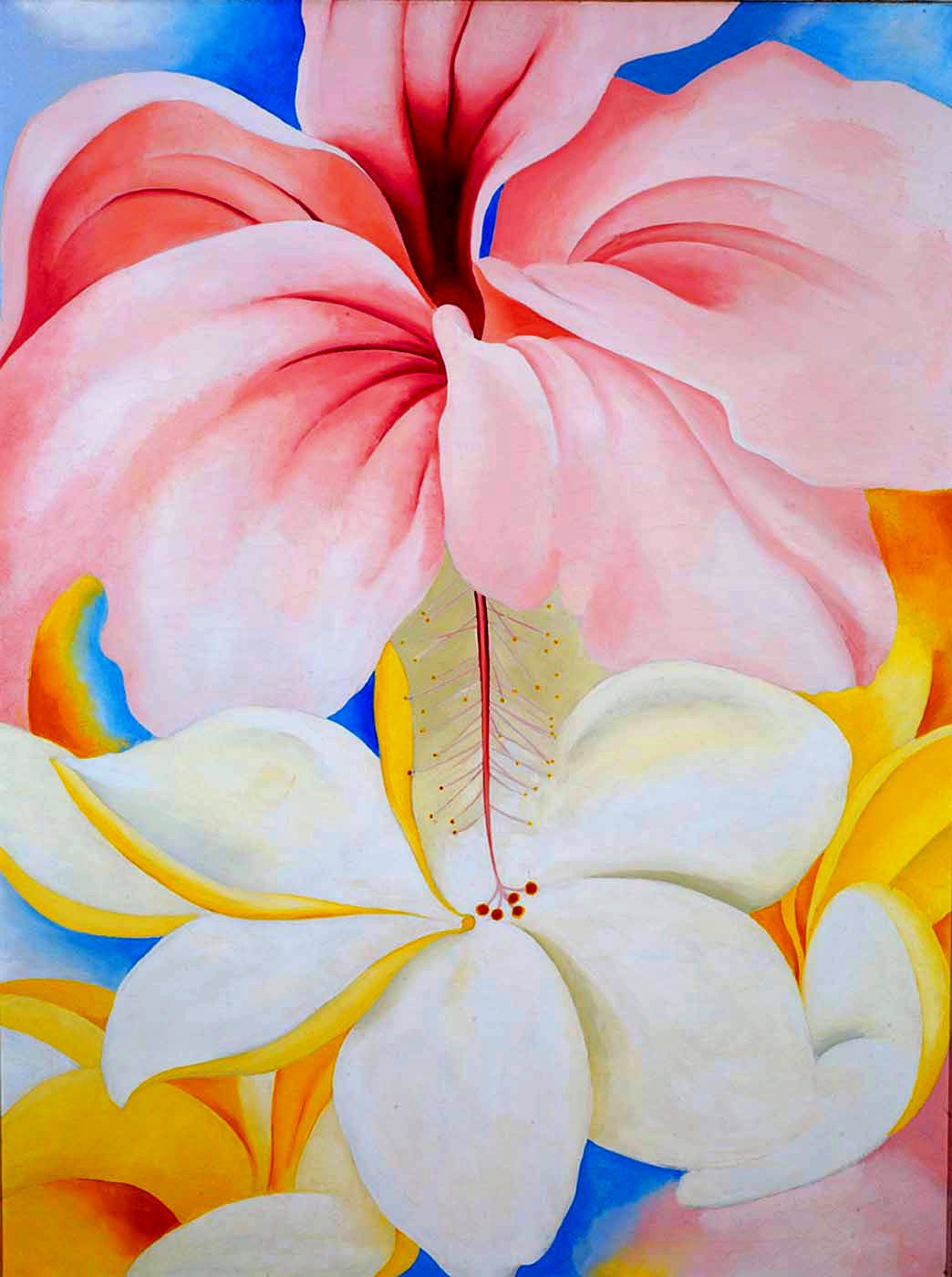 Recognizing her potential, Stieglitz began a correspondence with O’Keeffe. Unbeknownst to O’Keeffe, he exhibited ten of her charcoals at his Gallery 291. He sent her photographs of her drawings on exhibit and this began their professional relationship. While O’Keeffe continued to teach, she returned to New York in 1917 to view her first solo exhibition, arranged by Stieglitz at 291. During this time, O’Keeffe and Stieglitz began a love affair that would last until his death. In 1918, Stieglitz offered to financially support O’Keeffe for one year so that she could live and paint in New York. She took a leave of absence from her teaching position and for the first time dedicated herself solely to making art. Stieglitz divorced his first wife, and he and O’Keeffe married in 1924. 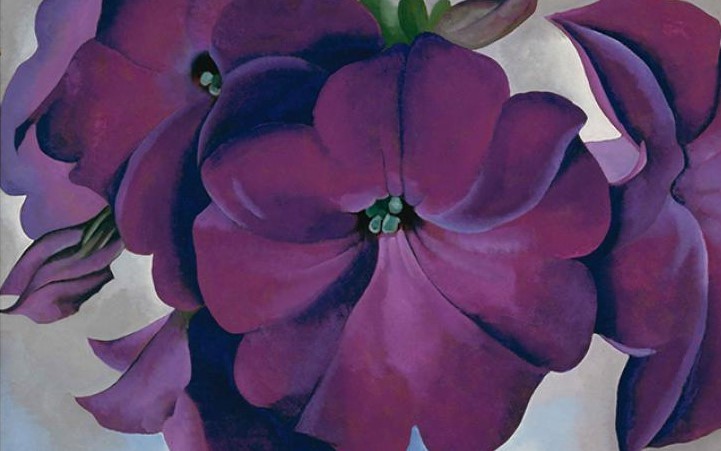 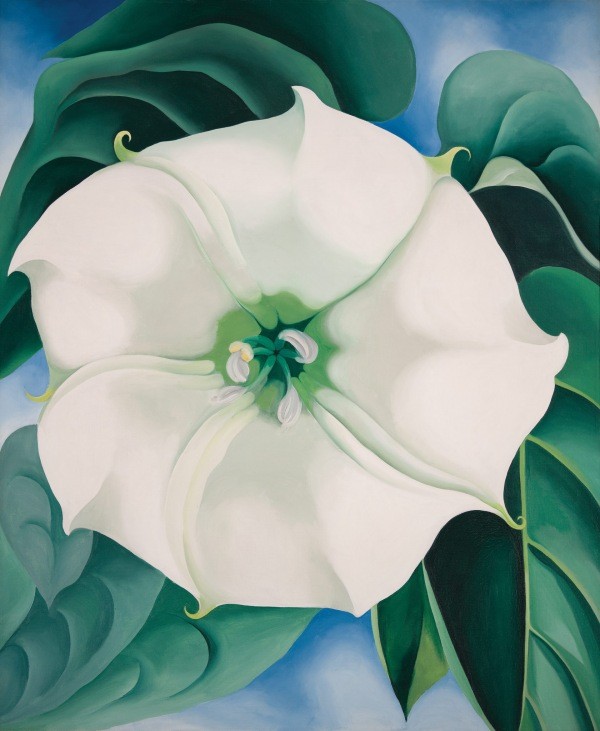 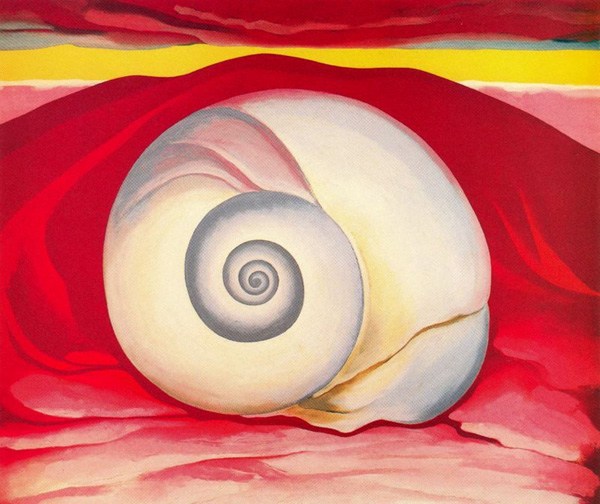 Georgia O’Keeffe spent 70 years making art and contributing to the development of American modernism. She was a prominent member of the creative Stieglitz Circle, influencing early American modernists. She is notable for her role as a pioneering female artist, and although she disavowed their interpretation of her work, she was a strong influence on the artists of the Feminist art movement, including Judy Chicago and Miriam Shapiro, who saw feminine imagery in O’Keeffe’s flower paintings. A prolific artist, she produced more than 2000 works over the course of her career. The Georgia O’Keeffe Museum in Santa Fe is the first museum in the United States dedicated to a female artist, and its research center sponsors significant fellowships for scholars of modern American art.

Georgia’s quote : “When you take a flower in your hand and really look at it, it’s your world for the moment. I want to give that world to someone else.”

Room on the Roof Gallery by Sabine Marcelis, Amsterdam – Netherlands