Home News An Albuquerque Museum Has Returned a Dozen Ancient Relics Discovered in an... 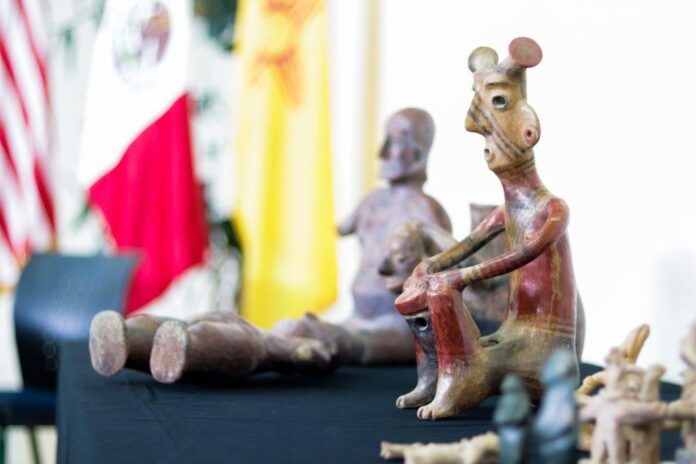 Museum officials in Albuquerque, New Mexico have returned a cache of ancient artifacts to Mexico after the objects were discovered in an old storage container earlier this year.

In a ceremony held yesterday, July 27, the museum’s fundraising and support organization repatriated a dozen relics to the local Consulate of Mexico, including Olmec greenstone sculptures, a figurine from the city of Zacatecas, and several clay sculptures.

Experts at the Mexican National Institute of Anthropology and History, where the artifacts will ultimately end up, estimate that they were made in western Mexico between 300 and 600 B.C.E.

The pieces had sat in a box in storage for more than 15 years before being rediscovered just over five months ago. A “pre-Columbian” label alerted museum staffers to the potential significance of the container’s contents.

“Immediately alarm bells started going off in our heads,” Andrew Rodgers, the Albuquerque Museum Foundation’s president and C.E.O., told the Associated Press, and the foundation launched an investigation into the provenance of the objects.

Quickly, Rodgers’s assistant located the appraisal form from when a donor gifted the relics to the museum in 2007. The president then tracked down a New York woman in her 90s who had sold the objects to the donor in 1985. She still had documentation of the transaction.

The woman believed the Mexican artifacts were either purchased from roadside vendors in Mexico or dealers in New England. 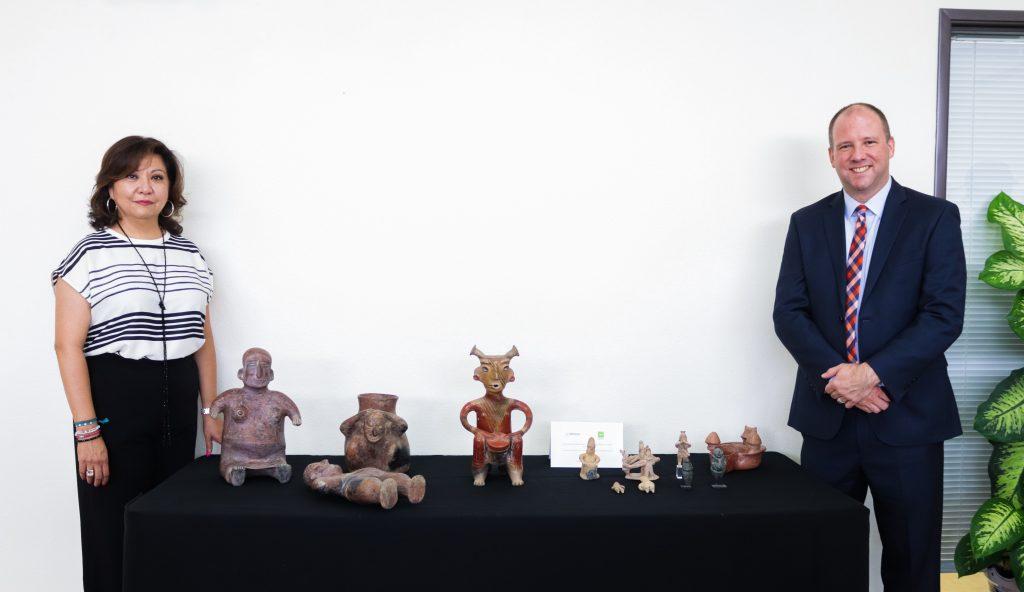 “I don’t think anybody had mal intent,” Rodgers said. “I just think there was not much clarity or much transparency in that sort of a practice 30, 40, 50 years ago.”

Still, the importance of adhering to today’s ethical standards around repatriation was not lost on the C.E.O. Returning the objects, he said, was the right thing to do.

“Heritage assets such as these belong in Mexico, where they can be properly preserved, studied, and
displayed,” Rodgers said in a statement.

“We appreciate and recognize actions taken by the Albuquerque Museum Foundation to voluntarily return these archaeological pieces back to the Mexican nation,” said Albuquerque’s Consul of Mexico, Norma Ang Sánchez, in a statement of her own. The artifacts, she added, “are important elements of memory and identity for our native communities, and we are pleased they will be recovered.”