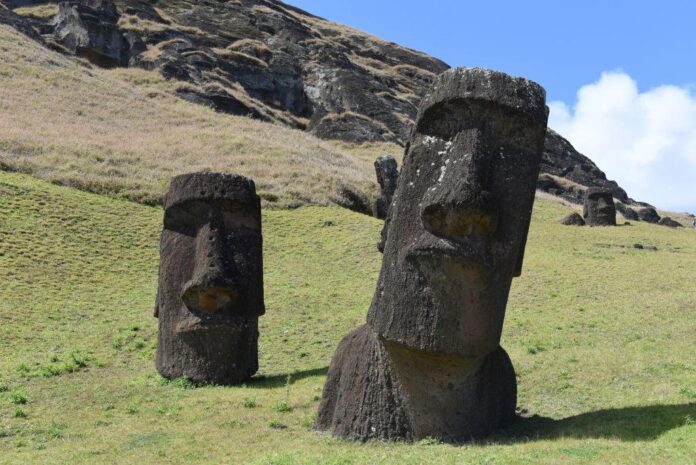 A fire set on Easter Island has badly damaged the sacred “moai” statues—some irreparably, according to the director of the park.

The blaze was set deliberately on Monday around the Rano Raraku volcano, a UNESCO World Heritage Site, and it spread over an area of 148 acres. Mayor Pedro Edmunds Paoa has called the event an act or arson. “All the fires Rapa Nui are caused by human beings,” he told the local broadcaster Radio Pauta.

“The damage caused by the fire can’t be undone,” he continued. “The cracking of an original and emblematic stone cannot be recovered, no matter how many millions or euros or dollars are put into it.”

It is unclear how many statues were damaged.

A lack of volunteers slowed down the response to the fire, according to Ariki Tepano, director of the Ma’u Henua community, which who oversees the parks management. 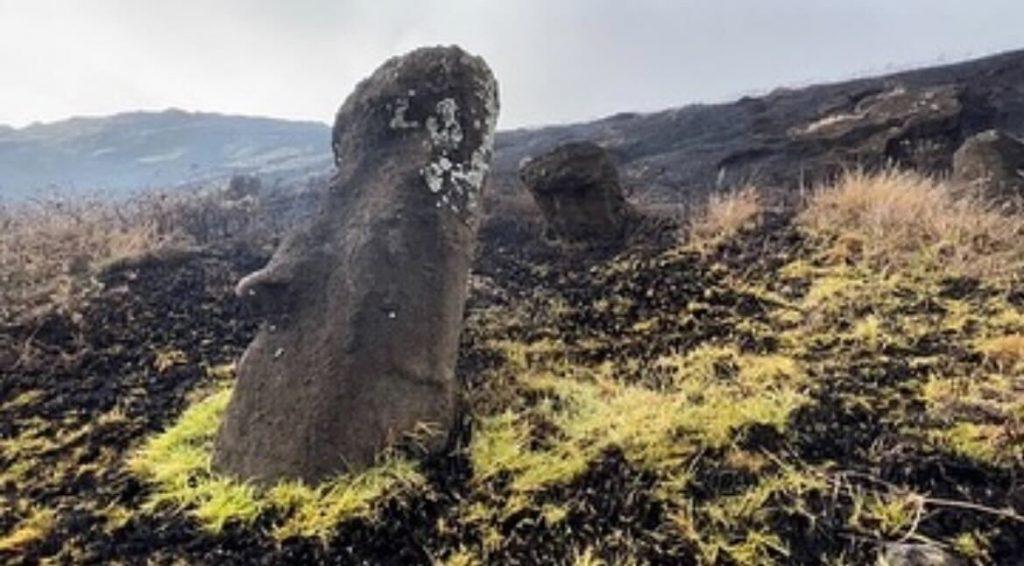 One of the charred moai statues following a serious fire on Easter Island started on October 3, 2022. Photo courtesy of the Rapa Nui Municipality.

Standing at around 13 feet tall and weighing approximately 74 tons, the monolithic human figures were carved out of volcanic rock by the Polynesian tribe Rapa Nui more than 500 years ago to embody ancestral spirits. They were placed in a ring around the island, facing inland.

Easter Island, one of the world’s most remote inhabited islands, is a special territory of Chile. It is has been closed to the public while the damage is assessed, having only reopened three months ago following two years of closure during the pandemic.

There are nearly 1,000 of the moai on Easter Island, distinctive for their huge heads. Their bodies are often buried beneath the earth and have in recent years been excavated. 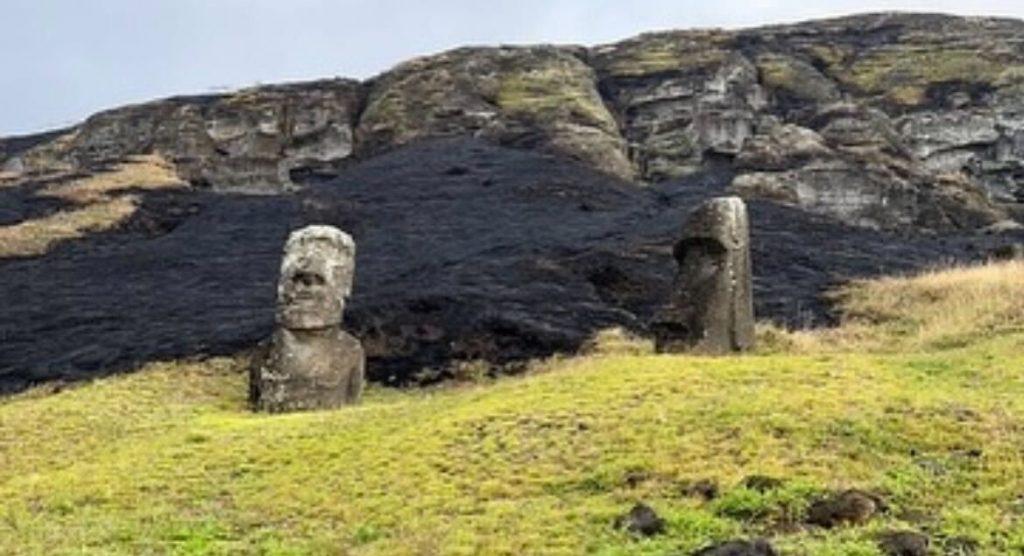 Delegates from the island have previously tried to convince the British Museum to return Hoa Hakananai’a, a maoi that was taken in 1868 and given to Queen Victoria, who later donated it to the museum.

Edmunds Paoa has, however, said he believes the statue may be better off staying in its current location, suggesting the museum might offer the island a financial commitment instead.

The statue is one of the British Museum’s most photographed exhibits. Museums in France, Belgium, the United States, and New Zealand also have moai in their collections.

When Is the Worst Time to Dump an Artist? [Cartoon]