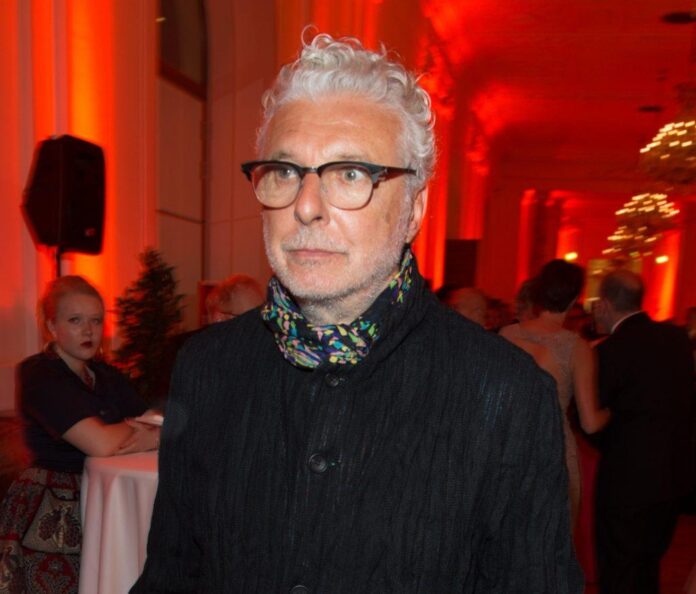 A wooden picture frame attributed to Jean-Michel Basquiat and offered for $3 million at TEFAF New York in 2017 has been outed as a fake by the artist who sold it, André Heller, according to a report in the Austrian paper Falter.

Heller made the misattribution during a conversation with the art historian and leading Basquiat expert Dieter Buchhart in 2016. He has now dismissed the scandal as a prank.

However he labels it, Heller benefited financially when he managed to sell the frame for €800,000 ($780,000) in 2018—with the clause “there is no certificate of authenticity” written in the sale contract.

“I am a fortunate person and yet I do not put myself in danger by being accused of forgery,” he told Falter.

In an apparent act of damage control, Heller has since bought the frame back and admitted to having lied in 2016.

An artist, musician, and author from Austria, Heller first tried to sell the fake item along with a genuine Basquiat drawing in 2017, first at TEFAF Maastricht and then New York through the Viennese gallery Wienerroither and Kohlbacher.

The frame bears small doodles on paper pasted onto red-painted wood with nails hammered into both the inner and outer borders. It immediately aroused the suspicions of Basquiat’s former assistant Stephen Torton when he was doing the rounds of the fair.

Torton himself made stretcher frames while working in Basquiat’s studio, often using found material deliberately taken out of the trash such as old broomsticks or slats. For this reason, frames used by Basquiat are often seen to be sculptures in their own right.

Given Torton’s familiarity with the techniques used in Basquiat’s studio, he could see that the frame being sold by Heller was an imitation. Despite Torton’s long-held suspicions, Heller has only now admitted to pretending that the frame was by Basquiat.

Heller met Basquiat at his New York studio in 1986 while inviting him to collaborate on the open-air exhibition “Luna Luna” in Hamburg, Germany.

After Basquiat’s death, in 1988, Heller took drawings of his that had been made in preparation for the Ferris Wheel that Basquiat exhibited at the show and cut them up, sticking them on to Heller’s own makeshift wooden frame.

In the 2017 catalogue prepared for TEFAF, the Basquiat specialist Buchhart wrote that the “voodoo altar” had instead been made by Basquiat with Heller’s help, according to the story that he had been told by Heller in 2016.

“We went to his studio and did it on the floor—I helped drive in the nails because there were a lot of nails,” Heller claimed during the conversation. “It was perfectly clear to me that it came from voodoo,” he said. “We also discussed that many African sculptures have nails.”

When asked why he was tempted to trick Buchhart, Heller told Falter in a follow-up interview that the specialist “gave the impression of being the best Basquiat connoisseur on the planet. After beating me and everyone else down with what he knew about Basquiat, the day came when I wanted to test him.”

“It was a kind of tournament between two boys.”

Defending himself in a statement to , Buchhart said: “I did not authenticate the frame and never claimed to have done so.”

“Oral history is an important source for me as a researcher,” he also told Falter, on his failure to see through Heller’s story.

The report also said that gallery owner Ebi Kohlbacher now claims that the frame was never put up for sale despite having listed it in the official TEFAF catalogue.

Basquiat’s work was highly improvisational and made use of all manner of materials, making it difficult to spot all of the fakes that are making their way around the market.

Qatari sheikh’s rare ivory mask, stolen from Benin City by the British, is one of five on public display—none in Nigeria