Home News An exhibition dedicated to John Wayne will be closed in the USA... 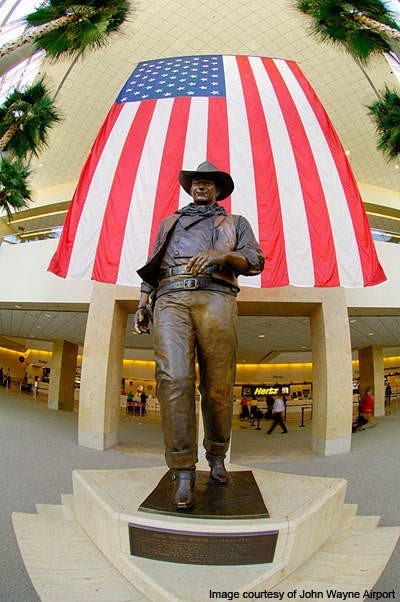 The School of Motion Picture Arts at the University of Southern California will close an exhibition dedicated to the legendary Hollywood actor John Wayne. This decision was preceded by student protests against the racist statements of the king of westerns in 1971.

Student discontent was sparked by the actor’s 1971 interview with Playboy magazine, which surfaced online last fall. In it, Wayne stated that he believes “in white supremacy until blacks are raised to the point of responsibility.”

According to student newspaper Annenberg Media, Wayne’s remarks stirred up some students, who, since October last year, began to overpower the administration with demands to close the exhibition.

According to the protesters, by preserving the exhibition, the university supports his position. The school administration agreed to abandon the exhibition saying that in this way, the school is contributing to strengthening anti-racist cultural values.

The school management has already found an alternative to the memorial exhibition of the late actor. Instead, they can open an exposition dedicated to the reflection of the US West in cinema, which will cover the theme of racism, feminism, and attitudes towards the indigenous population of America.

Wayne’s inappropriate remarks in a longtime interview with Playboy gave rise to another action.

Orange County, California, passed a resolution in late June that the local airport in Santa Ana will not be named after John Wayne, and the 9-foot bronze monument to the actor in front of it is believed to be relocated to a less crowded area. The final decision rests with the council of district leaders.

Actor’s son Ethan Wayne, last year, declared in his father’s excuse that he took everything at face value, and his words in Playboy were taken out of context.

John Wayne was a Hollywood symbol of courage, nobility, and patriotism, having played in dozens of films of the brave and rude military, sheriffs, and all kinds of adventure seekers. He has appeared in over 150 silent and feature films.

In 1979, shortly before his death, Wayne was awarded the Congressional Gold Medal. Posthumously he was awarded by President Carter the Presidential Medal of Freedom.