Home News An Israeli Artist Put on a Renegade Exhibition in Kassel to Protest... 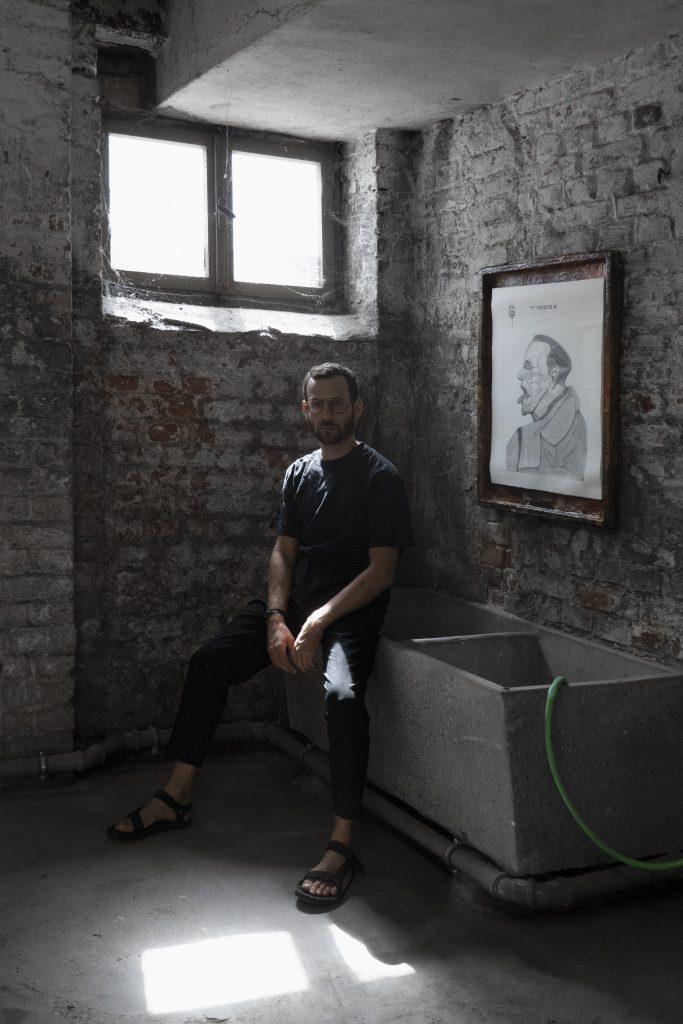 An Israeli artist staged a temporary show in Kassel during Documenta 15 to protest the exclusion of Israeli voices from the exhibition, despite criticism of Israel in several artworks on view, some of which have been at the center of a series of antisemitism rows.

The Tel Aviv-Yaffo-based artist and curator I. S. Kalter, who runs the itinerant art space Ventilator, presented a group of drawings in a show titled “Bad Breath” in the cellar of an Airbnb apartment he rented in Kassel. 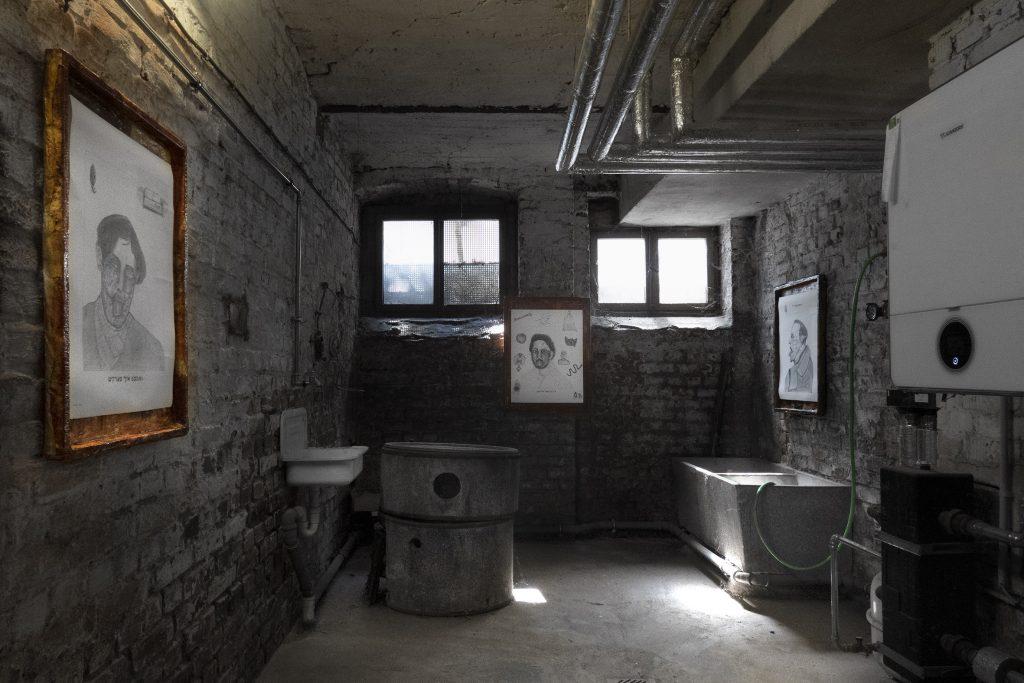 An installation view of I. S. Kalter’s exhibition. Photo courtesy the artist.

The exhibition features eight graphite drawings on paper with grotesquely drawn portraits, each sticking their tongues out. The figures are surrounded by mundane objects such as light switches and radiators, and each drawing includes a different Yiddish saying the artist picked up from his grandfather, a Holocaust survivor. (The title of each work is a translation of the Yiddish phrase it features).

“There is no representation of Jewish or Israeli art in Documenta 15, perhaps not on purpose, or it may be simply a cultural boycott—I don’t know. Therefore, I decided to be physically present in Kassel,” he said in a statement. 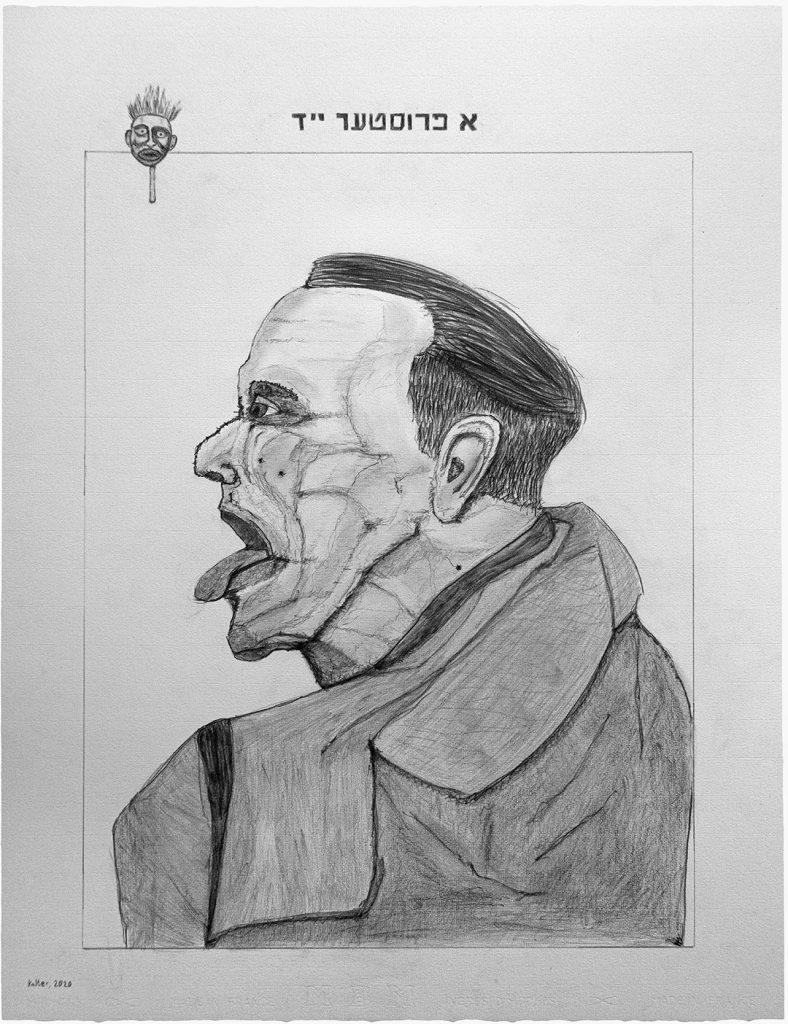 The exhibition, which ran from August 18 to 21 and included a text by German curator Rebekka Seubert, took advantage of the fact that Ruangrupa, the Indonesian art collective that organized Documenta 15, declined to create a full list of participants in the official exhibition.

“If there is no actual list of participants then everyone is a potential participant,” Kalter said.

To complete the illusion, Kalter posted a faux social media ad using Documenta 15’s corporate design. He also sent a doctored invitation presenting his show as official to curators, journalists, and even Ruangrupa and Documenta.

“They follow my IG stories, Documenta 15 liked one of my posts, but they still chose not to engage in any dialogue,” the artist told Artnet News.

As Documenta 15 enters the final four weeks of its 100-day run in Kassel, the scandal-plagued edition of the show shows no signs of calming critics. 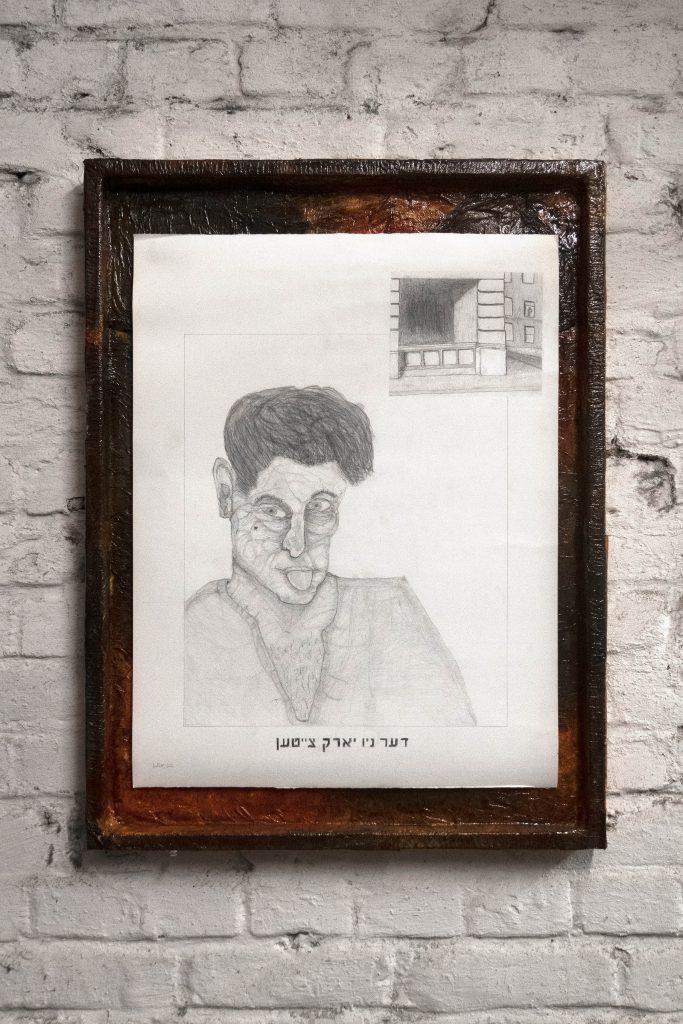 Last week, Documenta’s management distanced itself from artist Hamja Ahsan after he called German Kanzler Olaf Scholz a “neoliberal fascist pig” on social media. (Ahsan’s neon works are still on view in Kassel, but he has been disinvited from public appearances, although it is unclear whether any were planned with him in the first place.)

Earlier in the month, a member of a German organization for cultural and scientific exchange with Israel noticed the alteration of an image in Documenta by the collective Taring Padi, the same group whose work People’s Justice was removed from the show for antisemitic imagery. The altered image included black tape applied over the religious head covering of a hook-nosed figure toting money bags. The work is titled All Mining is Dangerous, and was co-created in 2010 with the Oregon-based collective Justseeds.

Was the alteration done to conceal yet another antisemitic motif? Taring Padi and Ruangrupa issued an explanation saying the headgear should not be mistaken for a Jewish yarmulke. But the committee enlisted by Documenta to consult on matters of antisemitism criticized the lack of transparency and communication behind the preemptive alteration. 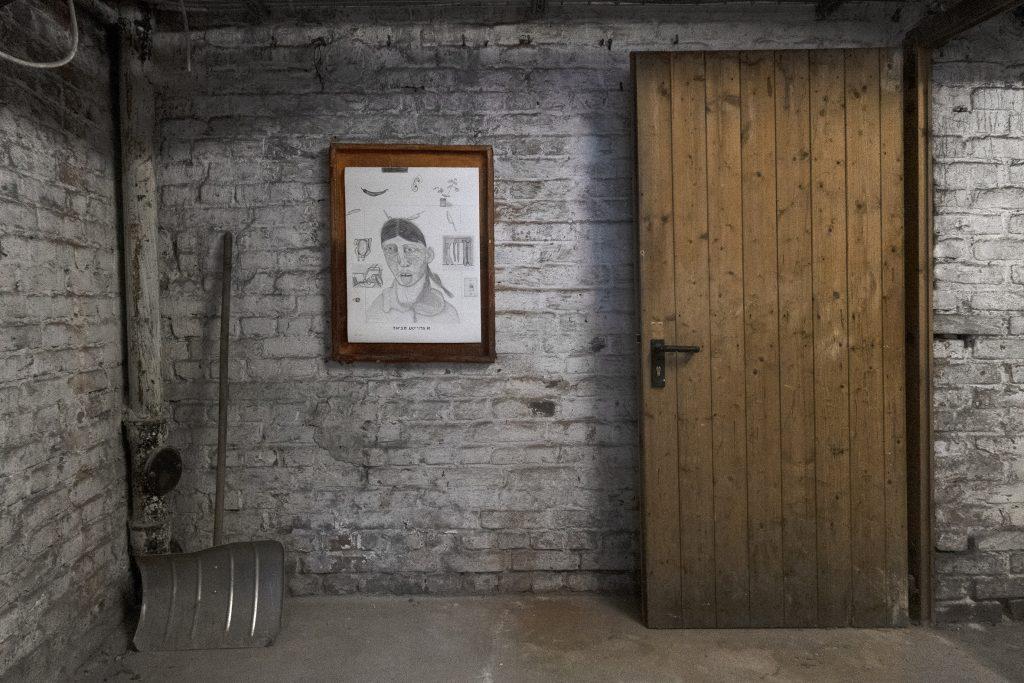 Kalter, who is participating in an artist residency program in Düsseldorf, knew that he wanted to stage the intervention before he arrived in Germany. But while the exhibition did not attract much public interest, Kalter still considers it a success.

“As the history of art has taught me, at least the one I favor, artistic actions do not require a large audience of witnesses, but solely the fulfillment of an artistic subjectivity on an actual site,” he said.

“I do not see this kind of exhibition as guerilla or pop-up, rather as another possibility of art to exist in the world—an incarnation of art that occurs outside of the institutional norms of contemporary art,” he added.

Asked whether he visited Documenta 15 prior to installing his show, he said no.

“I believe that a historical foundation such as Documenta that for the first time allegedly boycotts artists cannot ask them to be only paying spectators at a show they were not invited to participate in.”