Home News Andrea Zittel Ran an Artistic Compound in California for More Than 20... 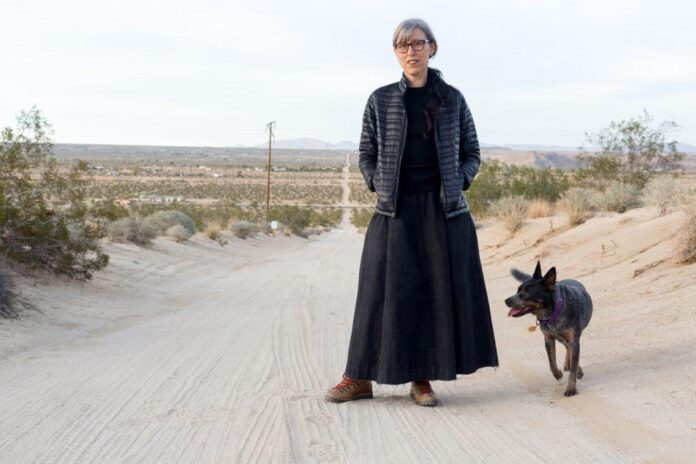 Andrea Zittel, the artist who moved to the California desert over two decades ago to set up a unique artistic experiment known as A-Z West, is now seeking a director and, perhaps eventually, a new owner for the site which she has run for the last 23 years.

A-Z West sits on a vast swathe of land on the fringes of Joshua Tree National Park. It includes renovated and expanded homesteading cabins decorated by Zittel with furniture, shelving units, tiles and pottery of her own design; a large artist’s studio and an encampment of sleek, Zittel-designed sleeping pods known as Wagon Stations, which she uses to host friends, artists, students, writers, and other travelers twice a year. Everyone stays for free and eats in a communal outdoor kitchen.

On land nearby, Zittel set up the High Desert Test Sites where artists and writers gather to show work, stage performances and parties, read poetry, and embark on field trips. These projects are a radical attempt to dispose of all the extraneous elements that hinder rather than help us live a good life and to focus instead on creativity, community, and our relationship with nature. Zittel herself has taken this anti-consumerist approach to its logical extremes, for instance, choosing to wear a uniform of her own design which she changes twice a year with the changing season.

“What makes us feel liberated is not total freedom, but rather living in a set of limitations that we have created and prescribed for ourselves,” she wrote in 2005 in These Things I Know for Sure, a personal manifesto of sorts.

Though she has devoted the last 20 years to developing A-Z West with unwavering artistic vision, she is now ready to secure its long-term future so that she can move on.

“Toward the end of 2020 I decided to transition away from A-Z West—the compound has continued to grow and expand to the point where I basically found myself living in the middle of a very public institution which for a deep introvert was pretty stressful,” she wrote in an email to Artnet News.

“Also, although I want to continue to evolve A-Z West as an artwork, I don’t particularly want to become its full-time administrator. So, my feeling was that the split would allow A-Z West to grow to fulfil its potential, and would allow me more personal freedom to evolve as an artist.” 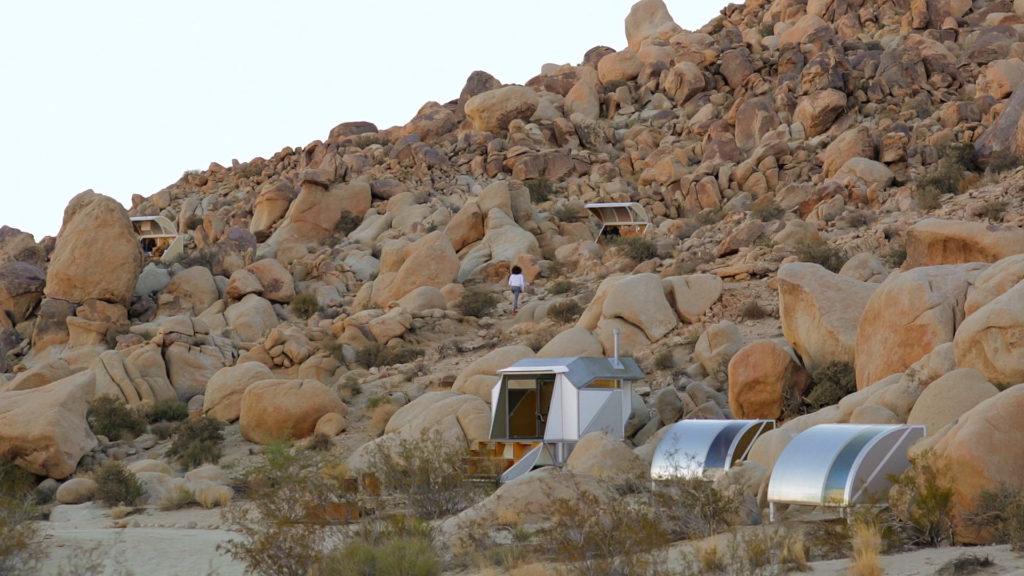 Zittel has now moved a few miles away where she lives with her partner “in a little house that is much more private. That has been a game changer and has been so good for my mental health,” she said. She is making art in a small studio adjacent to her new home.

The board of the High Desert Test Sites is currently administering A-Z West while Zittel remains overall artistic director. “I will continue to oversee the grounds and artworks at A-Z West as well as the A-Z West Works products, [furniture, pottery, clothing, blankets and other objects] which are made and sold out of the studio to help cover operating costs. Hopefully, next year we will bring in an executive director with their own vision for programming and expanding A-Z West as a resource for the community.”

She and her collaborators started looking for “a museum or institution or possibly even a collector to purchase A-Z West” last year. “We had a few good conversations and are still interested in this option.  But it also became clear that something on this level would take years to navigate, so, for now, we are putting all of our energy into developing A-Z West and the High Desert Test Sites as an autonomous and financially self sustaining non-profit institution.”

So, does she miss the place that she has poured all her creative energy into for decades and the cabin she lived in and painstakingly decorated with her own hands? “On a personal level it’s been a relief to move into a smaller house that is more manageable and that I don’t have to keep clean all the time!”