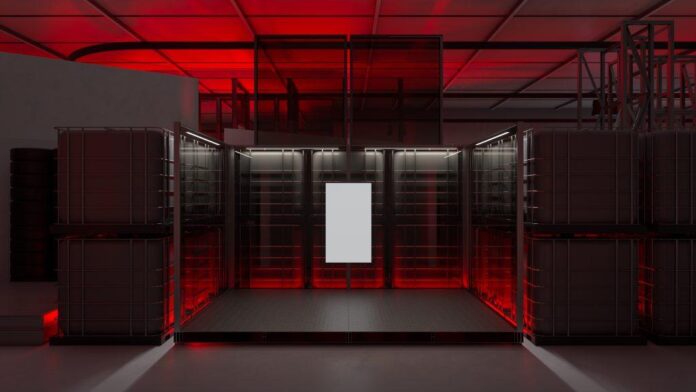 What you see is more of an animal grin, the tensed jaw and bared teeth of a creature that is scared or threatened. The eerie expression appears in a two-channel work displayed within a small, bunker-like room that punctuates Anne Imhof’s new solo show at the Stedelijk Museum in Amsterdam, serving as the crescendo of the German artist’s foreboding new project, “Youth.”

One of this show’s organizers, curator Beatrix Ruf, had been planning the show for Moscow’s Garage Museum. “Youth” was set to open in April there as a co-production between the Garage, the Hartwig Art Foundation of the Netherlands, and the Stedlijk, where it was meant to stop at a later date. Simultaneous shows at Imhof’s galleries, at Buchholz in New York and Spruth Magers London this fall, would serve to amplify Imhof’s voice further.

But plans changed. Imhof and a local team had been shooting new films around Moscow when the war broke out in late February. Two days later, the Garage called off all of its programming. “We all knew there were tanks around Ukraine but many of us believed in the power of diplomacy,” noted Imhof during opening remarks on Thursday, September 29.

Ruf, who had been working with the Garage on strategy and programming, added that the lead-up to the war was a time when she and other art professionals were coming to grips with the “limits of soft power.” The hard power and reality of war slammed the brakes on all that. 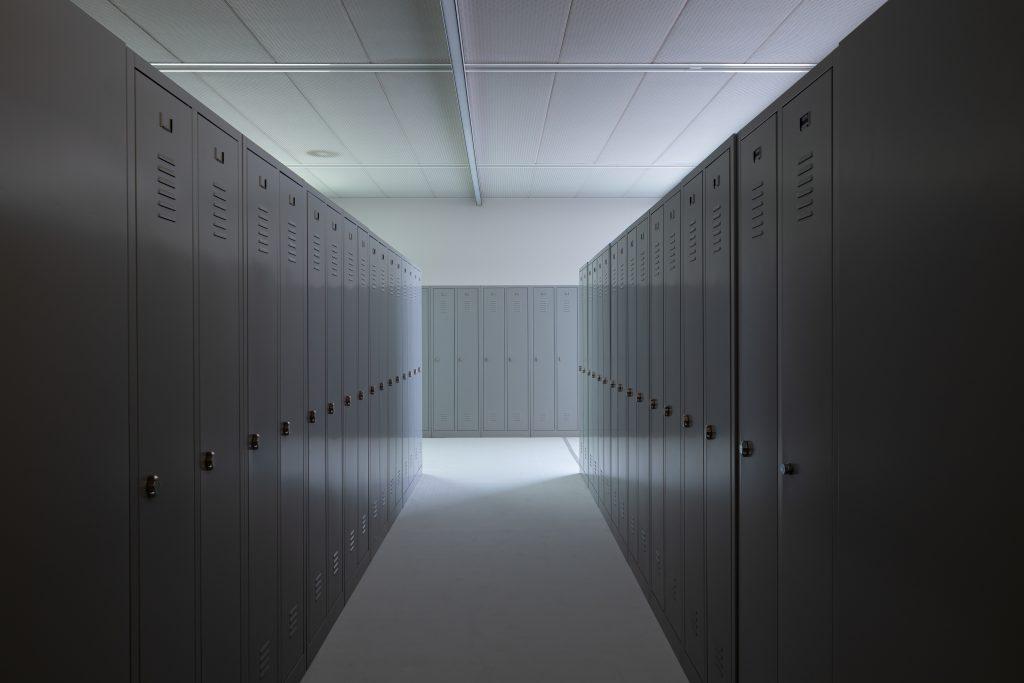 The war marked, too, a sharp end to a decade-long evolution of cultural ties, a time when the art world grew cozy with Russian institutions. Deep pockets in Moscow allowed for ambitious artistic projects. New institutions sprang up as art hubs, including the Garage Museum, which opened in 2008 with funds from Russian art collectors Dasha Zhukova and Roman Abramovich. Now, Abramovich are on sanctions lists, blacklisted by much of the art industry. 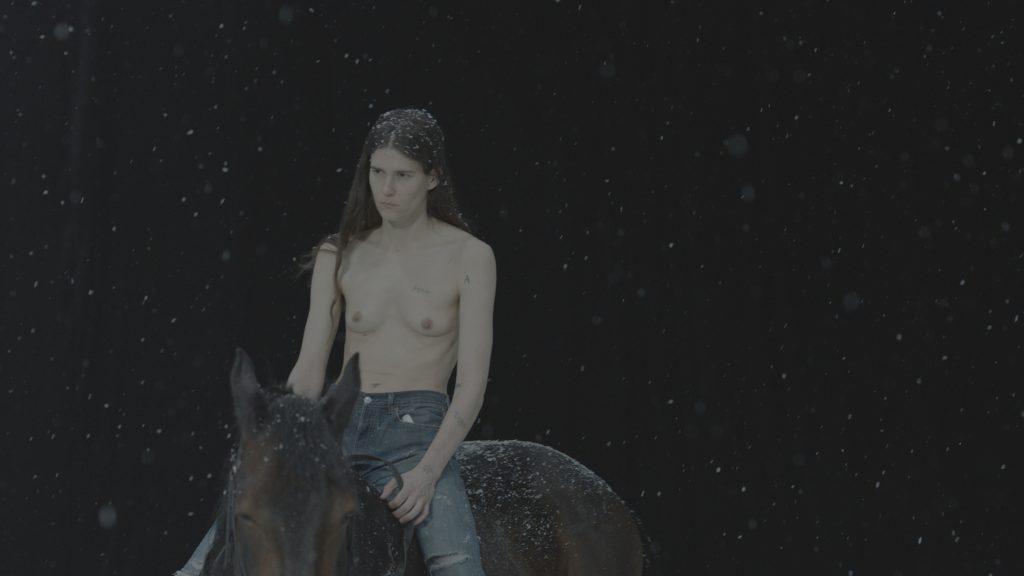 The snuffed-out first life of the Russian show that never came to be lingers like a ghost in the exhibition at the Stedelijk, which includes those films shot in Moscow. They’re interspersed within a layered, labyrinthian, anxiety-inducing installation that gamifies exhibition space and art viewing. Viewers wander between gym lockers, stacked car tires, and industrial water vats built into a maze of dead ends and closed-off rooms. In other areas, you find Red Bull cans or mattresses. Glass paintings, with key scratches and graffiti, lean against the walls. 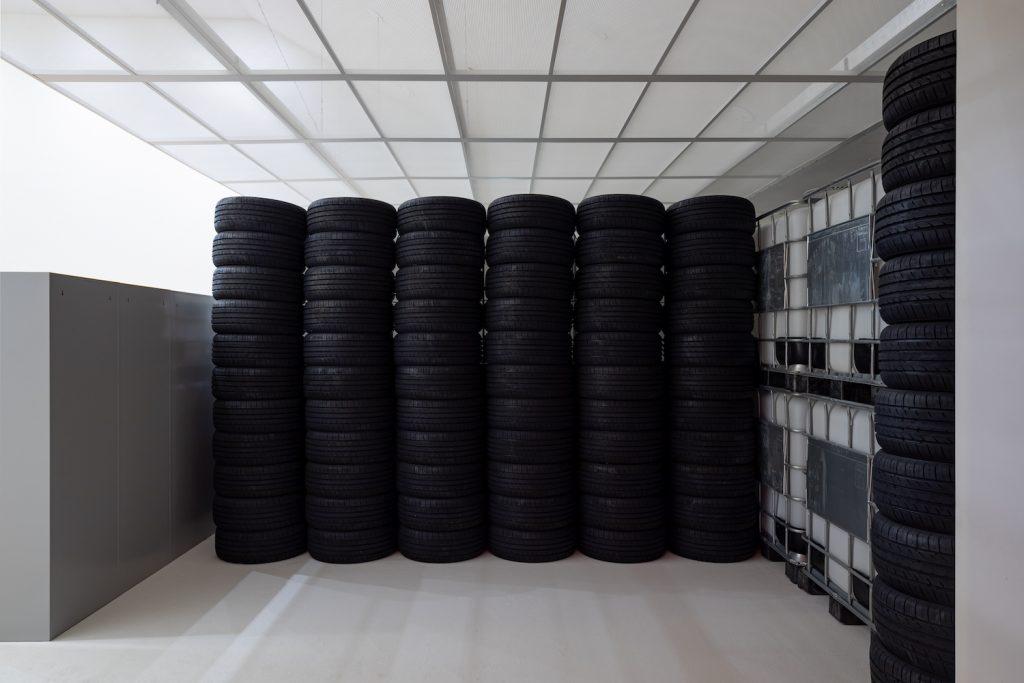 Most notably of all, there are no in-situ live performers here. It took time for the Stedelijk to embrace this turn, given that live performances had become the most immediately recognizable (and ticket-driving) aspect of Imhof’s work. The art public has come to be familiar with the select group of performance artists who populate Imhof’s entropic scenography (indeed, Douglas has become a star herself), their characteristic expressions conveying something between boredom and threat. Recent exhibitions at the Palais de Tokyo and the Tate set off frenzies, with packed shows creating a spectacle.

Surely, some visitors will be disappointed to have missed out on a social media moment when they come to the Stedelijk. But the absence feels here like a natural next step for Imhof—even a brave one for an artist who seems keen to more deeply probe her big themes of death, sex, fear, and anticipation. Rhein Wolf, director of the Stedelijk museum called the turn an “extremely important development” for Imhof. The quiet in the galleries feels both unsettling and purposeful. 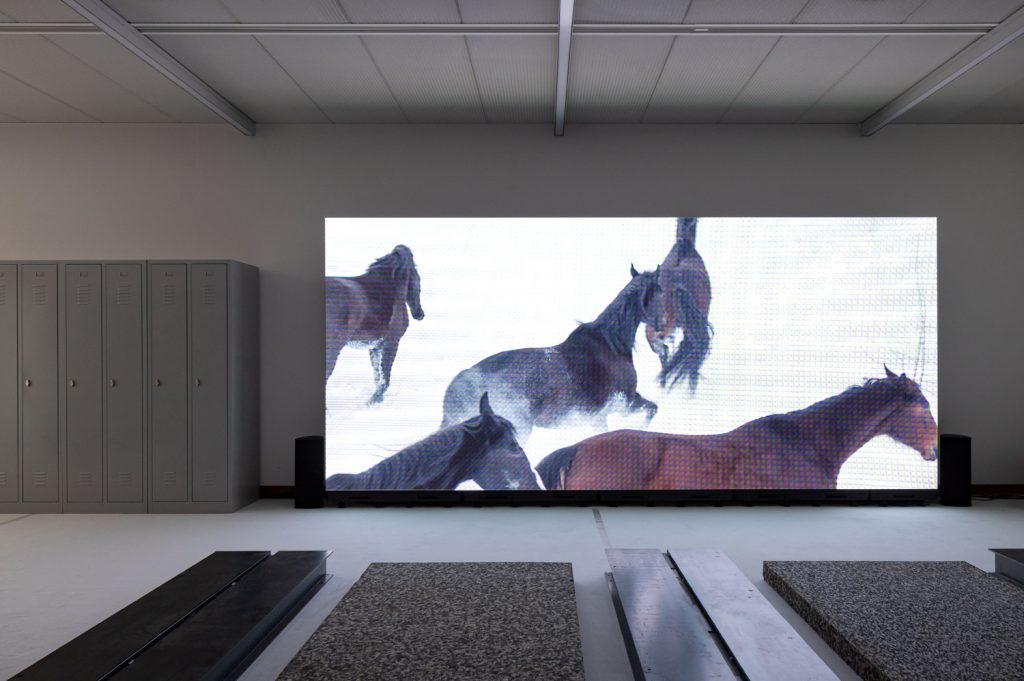 Instead of incarnated in-person spectacle, Imhof makes avatar versions of Douglas the work’s protagonist, her image flickering around the space in scattered videos. Watching footage of Douglas walking away through a landscape of snowy ruins filmed in Moscow is poignant, and feels symbolic—this may indeed be the last artwork made by an international artist on-site Russia for a long time.

Another protagonist of this show is sound itself. In a collaboration, German rapper Ufo361 and Venezuelan musician Arca have created a score that haunts the space. Elsewhere, a Renaissance song from 1553 on the theme of guilt and redemption is heard.

A lurking sense of violence is everywhere here, an uneasy feeling that the next moment might bring anything. Being able to deliver that cinematic tension, even without on-site performers, is proof of Imhof’s brilliance. But the power of “Youth” is also in how it remains a vessel empty enough that one can fill it in with one’s own projections. The missing bodies, the occasional barrage of sound, the sense of lost time, the search for an exit—all of that echoes with the calamitous feeling of war drumming away in the background.

“Youth” by Anne Imhof opens to the public on October 1 at the Stedelijk Museum in Amsterdam.

The Back Room: Out With the Old