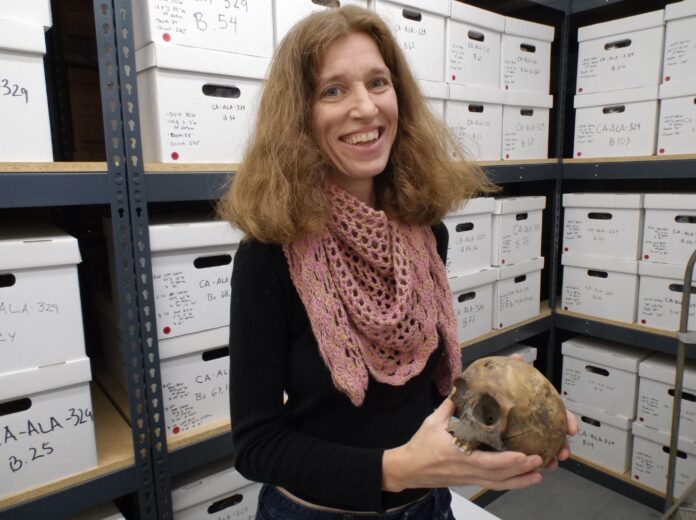 A tenured anthropology professor specialised in osteology (the study of bone structures and skeletons) has filed a lawsuit against San José State University (SJSU) in California alleging that she was wrongfully retaliated against for exercising her right to freedom of speech, specifically for expressing her opposition to the repatriation of Native American skeletal remains and burial objects.

Elizabeth Weiss, who has been a professor at SJSU for nearly two decades, published the book Repatriation and Erasing the Past with James W. Springer in September 2020, in which the authors argue that the Native American Graves Protection and Repatriation Act (NAGPRA) undermines scientific research and “favours religion over science”.

The NAGPRA statute was enacted in 1990 and requires that federally-funded institutions catalogue their holdings of Native American human remains and burial objects to facilitate their repatriation to the appropriate culturally-affiliated tribes.

Weiss believed the book, published by the University of Florida Press, would encourage constructive discourse around repatriation. However, in her lawsuit filed on 19 October this year, she argues that SJSU faculty launched a “campaign of retaliation” against her after its release, compromising her right to freedom of expression.

Similar sentiments are expressed throughout Weiss and Springer’s book, which has generated significant criticism from within and outside of the university. An open letter published by representatives of several international universities shortly after its publication states that the views outlined therein are “antithetical to the contemporary practice of anthropology and actively harmful to Indigenous people and the strides the discipline has made in the last three decades”.

Weiss alleges that an interim directive from the university that prohibits the research of skeletal specimens protected under NAGPRA and otherwise, issued in January this year, victimised her research specifically. “Researchers who do not work at SJSU cannot be prevented from using their previously collected research or raw data published in theses and dissertations,” she says. “I am the only physical anthropology professor at the university.”

Weiss adds that tensions between her and SJSU students and staff have escalated in the past two years. She claims that she was criticised for opposing the notion that a planned Native American studies programme at SJSU should be spearheaded by Native scholars; was blocked from accessing a scholarly database that encouraged students to cite Bipoc (Black, Indigenous and people of colour) authors; was denied sponsorship for a panel intended to discuss “cancel culture”; was denied placement on a thesis committee for research involving bones and was suspended from some of her curatorial duties.

“Who tells the story is less important than whether the story is true,” Weiss says. “Whether someone is Native American or not has no actual bearing on the validity of their statements and should not determine what area of research they are allowed to undertake.”

One claim that was not included in the lawsuit, according to Weiss, is that SJSU has also “extended the plans of repatriating human remains to the burning of previously-taken x-rays”, and that there are plans to “destroy photographs and records”.

In a statement to The Art Newspaper, a spokesperson for SJSU claims that “changes to the management of and research relating to collections at SJSU have been made at the direction of the affected tribes, as is required [under NAGPRA] in California”, and that Weiss is “still managing all the collections that are held in the anthropology department and are not subject to NAGPRA”.

The university “has no such plans” to erase documents, the spokesperson says. “Rather, we intend to repatriate or otherwise address such materials as directed by the affected tribes, the Native American Heritage Commission and otherwise in accordance with state and federal law.”

The SJSU spokesperson adds: “Although the judge allowed the lawsuit to move forward, the ruling made clear that Weiss is not permitted to second-guess state and federal law requiring human remains and related objects to be returned to Indigenous tribes. No claim of retaliation can include a change to the university’s presidential directive on the interim protocol for curation spaces or a request that the court interpret the scope of NAGPRA. The university denies any claims of retaliation and will continue to vigorously defend itself in this matter.”

SJSU students and faculty have repeatedly voiced concerns about Weiss’s views, and last year held a webinar titled “What to do When a Tenured Professor is Branded a Racist”. In the session, which is no longer viewable online, Weiss alleges that Roberto Gonzalez, the chair of SJSU’s anthropology department, implied that he would have taken adverse action against Weiss if she did not have tenured status and suggested she was “professionally incompetent”.

After the webinar, Weiss requested a letter from the university assuring her that she would be allowed to assign her book, speak about her research in class and access skeletal remains for research purposes. Her request was denied and Gonzalez did not retract his previous statements.

SJSU’s inventory currently lists four Native human remains and burial objects, according to the NAGPRA database. Weiss emphasises that her lawsuit deals with freedom of speech, not repatriation.

“Although I disagree with both repatriation laws and the ideology behind repatriation, I have always complied with these laws,” she says. “My lawsuit is not in regard to any past or planned repatriations at SJSU, but rather, the actions taken by my university for expressing my views.”

Disputes regarding freedom of speech on university campuses, fueled by partisan polarisation, have become lightning rods for controversy in recent years.