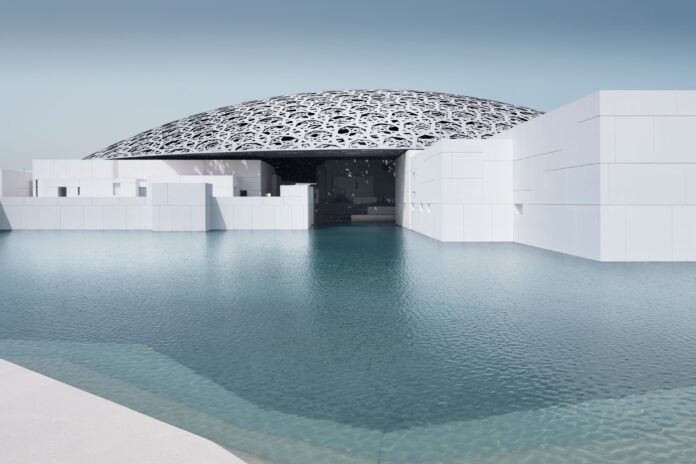 The case of possible trafficking of Egyptian antiquities, which has captured widespread media attention since the indictment of former Louvre director Jean-Luc Martinez, is fast becoming a matter of state business.

Another criminal complaint related to the case has been lodged in Geneva. On 6 June, the Swiss collector Jean-Claude Gandur filed a suit for the “forged provenance” of a Fayum portrait he bought in November 2014 from the Phoenix Gallery (Geneva, New York), which is owned by the Aboutaam brothers. According to information revealed to The Art Newspaper, the portrait was sold to the gallery by the main suspect in the case, Roben Dib, for €355,000 in November 2013 at the Pierre Bergé auction house in Paris, where his alleged accomplice Christophe Kunicki was working as an expert. It was presented with the same provenance in the 1930s as the “Tutankhamun stele“ sold by Kunicki to the Louvre Abu Dhabi: a Cairo dealer named Habib Tawadros and a German navy officer named Johannes Behrens. “We believe that this Behrens has never existed or, at least, never been a collector,“ Gandur said to the French daily Le Monde newspaper, which broke the story.

France’s ministers of of culture and foreign affairs have decided to retain Martinez in his role as a special ambassador for cultural cooperation, but have asked him to withdraw from discussions around art trafficking “pending clarification of his legal situation”, according to a statement. Speaking to The Art Newspaper, Martinez’s lawyer, François Artuphel, claims that his client “has no doubt that his explanations will prove his complete innocence and establish the facts and responsibilities” showing that he could have been “a victim, like the Louvre Abu Dhabi and the Egyptian authorities“.

In a statement, the new Minister of Culture Rima Abdul Malak has reaffirmed the “constant and firm commitment of France against art trafficking”. She announced the formation of a commission on the legal framework and the modus operandi of acquisitions procedures “at the time of the events and now”. Marie-Christine Labourdette, the former head of French museums; Christian Giacomotto, a banker, collector and museum donor who chairs the auditing committee of Agence France Museum (the organisation in charge of cooperation with the Louvre Abu Dhabi); and Arnaud Oseredczuk, the former general manager of Museé d’Orsay and now a member of a financial regulation authority, are expected to provide their recommendations this summer. In 2017, the French culture ministry did exactly the same thing in the wake of the sale of fake 18th-century furniture to the Château de Versailles, resulting in minor changes to its acquisitions’ mechanisms.

The French culture minister also stressed “the importance of France’s cooperation with the United Arab Emirates (UAE), which led to the exemplary creation and success of the Louvre Abu Dhabi, that could in no way be questioned by this case”. Abdul Malak, who was the cultural and media councillor of President Emmanuel Macron, is closely following the case since it could impact French interests in the Middle East. Last December, the Emirati museum’s license to use the name of Louvre was extended by ten years to 2042, adding €165m to the €1bn revenues foreseen for the Louvre. The trafficking scandal could thus have diplomatic consequences in a region where the UAE and Egypt stand as some of France’s closest allies. Furthermore, the Emirates are the main financiers for Egypt, which is strained by the crash of the tourism industry, rising food prices and other financial challenges.

The trafficking affair could also be “a blow to French Egyptology“, which France has proudly championed since Napoleonic times, comments the conservative daily Le Figaro. In 2019, the Louvre reopened a prestigious dig in the Serapeum of Saqqara, which was discovered by French scholar Auguste Mariette in 1851. The French Eastern Archeological Institute, born in Cairo in 1880, maintains three research centres and around 50 missions in Egypt. The success of the Louvre Abu Dhabi has also inspired Saudi Crown Prince Muhammad Ben Salman to entrust France as the main partner in a multi billion dollar project to develop tourism and create a cultural hub in Al-Ula.