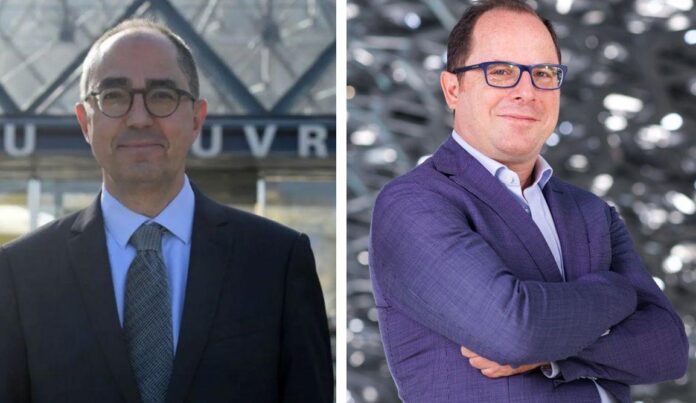 A French investigation into a far-reaching Egyptian antiquities trafficking ring has taken an abrupt about-turn following a request from a public prosecutor from the court of appeal to drop all charges against the former Louvre president Jean-Luc Martinez and the curator Jean-François Charnier. Both men were indicted earlier this year for “complicity“ and “having facilitated acquisitions” by the Louvre Abu Dhabi in relation to the investigation which has implicated a number of dealers and leading art institutions including the Metropolitan Museum of Art in New York..

The chamber will announce its decision on 3 February.

Such a request is exceptional, and contradicts the advice of the magistrates who led the criminal investigation. The public prosecutor advised that there was no substantiating evidence to support the charges against the two men and, furthermore, that the procedure against Martinez was hampered by the late communication of a discovery.

If the chamber agrees to the request, Jean-François Charnier will become an “assisted witness” to the case and Jean-Luc Martinez could be completely excluded from the procedure, although the judge leading the investigation could still re-examine his role. A new judge, Sophie Aleksic, was appointed to the case in September.

Either way, the prosecutor’s request casts a shadow over the direction taken by the investigation in targeting the curators. Both men have been subjected to widespread media attention following inflammatory leaks to the press, and Charnier was subsequently fired from his post as museum development advisor for the French-Saudi cultural heritage project in the Saudi province of Al-Ula.

The prosecutor also requested charges for gang trafficking be maintained against Roben Dib, the director of Serop Simonian’s gallery in Hamburg, who has been detained in Paris since March. An arrest warrant against Serop Simonian, allegedly the main source of the Egyptian antiquities sold to the Metropolitan Museum and the Louvre Abu Dhabi for more than €55m, is still pending in Germany. Meanwhile, a report on ways of improving museum acquisition procedures is to be delivered to the French culture minister, Rima Abdul-Malak, just before she leaves for Abu Dhabi to commemorate the 5th anniversary of the Emirati museum on 11 November.