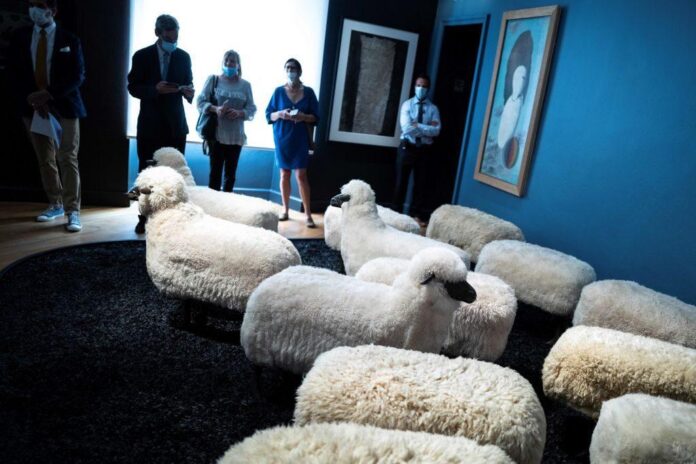 Until recently, great art collections were most notable for the individuality and personal passions that bring them identity. Yes, the most rare objects confer the authority of history, but it is the singular eye of the collector and the works that defy expectation that distinguish a great collection from a standard one.

The risk and subjectivity that differentiate the best art collections have recently given way to collective sameness: impeccably flawless and, consequently, increasingly predictable assemblies of A-list artists represented by the best-of-the-best quality works—and, usually, the bigger the better. Today’s art market would seem to have no financial ceiling for such “masterworks”—of which there is a dwindling supply—while at the same time most everything else appears to be dying a thousand deaths.

Art collecting has become compliant, shaped by trackable price data that does a great job of enforcing the status quo, reflecting back an idealized portrait of itself through the algorithmic mirror that relies on information about what others have already bought. 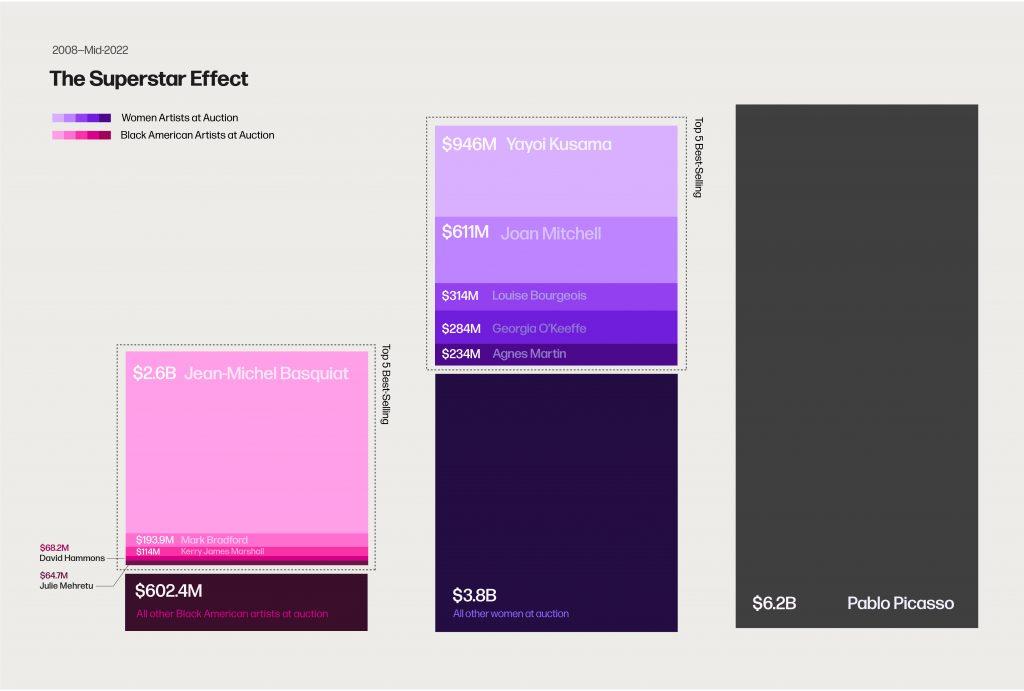 Graphic by Nehema Kariuki. Courtesy of the Burns Halperin Report 2022 and Artnet Analytics.

This seems to be reflected in the new Burns Halperin Report, which shows the exaggerated coalescence around certain superstar artists: the top 20 artists in the overall art auction market account for less than 30 percent of all auction sales. This pattern of hyper-concentration on known-knowns is magnified in the (considerably smaller) markets for work by women and Black American artists (which together, represent just slightly more than five percent of the entire international auction market). Here we see that the top five female artists account for almost 40 percent of the entire market for female artists at auction while work by the top five Black American artists at auction accounts for almost 85 percent of the total market for all Black American artists.

This risk-averse approach makes art collecting something of a mutual admiration society, an increasingly steady and exclusionary (some might say confining) lifeboat. While the cracks appear all around us in the wider world, art collecting is battening down its hatches through conventionality.

Sounds a bit boring, doesn’t it?

This is a myopic Valhalla that shields itself from the very change and uncertainty that has been the fuel of art for the past 200 years; for the history of civilization, even. The art market’s dependence on data, or rather on the data it has easiest access to, has reshaped how we view art, beginning about a dozen years ago with the publication of such databases (Artnet chief among them). This was concurrent with a dramatic increase in global appetite for collecting art. But allegiance to price data requires the surrender of insight and hunch, domesticating art collecting and seeking to subjugate risk to a line item. 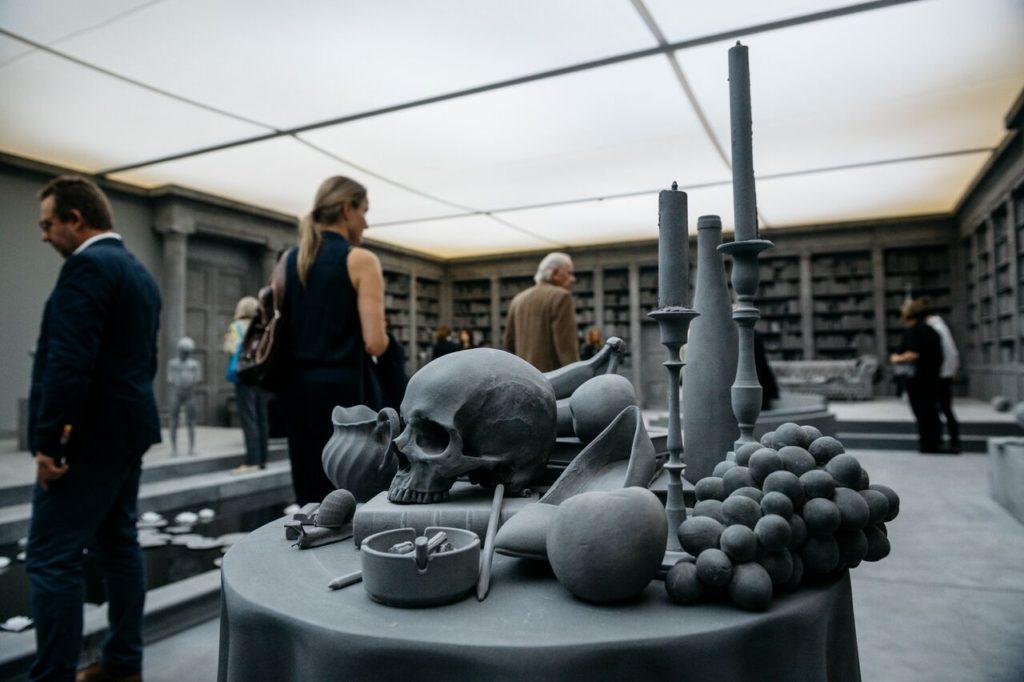 We happen to be living in a moment that is especially rich for contemporary art. When I began thinking about this essay, I made a list of artists I find to be the most compelling to have emerged in the past ten years. The statistics of that list reveal a very different portrait of significant art being made today than publicly available data.

Of the 20 artists on that list, 85 percent are artists of color; well more than half are women. And the vast majority are not painters, which makes their work automatically less visible in a market where painting monopolizes popularity and top prices. There has not been another time in the past 50 years when the art market’s attentions were as misaligned as they are today.

There is a richness in art-making that goes unseen by market data, which is usually limited to the published prices for works sold at auction, which represents just a fraction of the art market. And while there are many contemporary artists with buoyant markets not visible in the data, there is an increasing surrender to published price valuation and validation. Artists not sanctioned by data, who nonetheless produce vital work, are suffering a dramatic chilling effect.

Even as some overlooked artists are being “rediscovered” by the art market, it is the increasingly rare collector who is prepared to take a risk that hasn’t already been “test marketed” by some form of safety-in-numbers consensus. In the long run, I don’t believe this reduces risk at all: it simply creates the panacea of security that investing by formula seeks. Many of today’s collectors have exercised far greater creative risk in the businesses and technologies that have made them rich.

Rapidly dwindling supplies of triple-A art have also spawned a side sport of speculation on the works of newly minted artists whose skyrocketing prices have yielded a new kind of bullpen for today’s vogue for corroborated consensus in the name of 21st century evening auctions. Quite often the artists who appear in these sales do so for the first time, setting astonishing numbers of publicly validated record prices.

A few of these are amongst the most talented young artists to emerge in the past few years. But most are far from it. In fact, the overnight demand for this work is often arbitrary and sadly clueless as to how greatness and import might begin to be understood in contemporary art—especially at this particular time in history.

Little collecting attention falls beyond these spectacles, but look a little closer at some of the most interesting artists producing work today. Consider the practices of Cameron Rowland and Anicka Yi, each a paradigm-shifting artist to a degree that does not appear many times in a century. Or the video work of Arthur Jafa, or the photographs of LaToya Ruby Frazier, or the work of Michael Armitage. There are no artists putting images into the world today of greater potency or, I believe, such lasting impact. 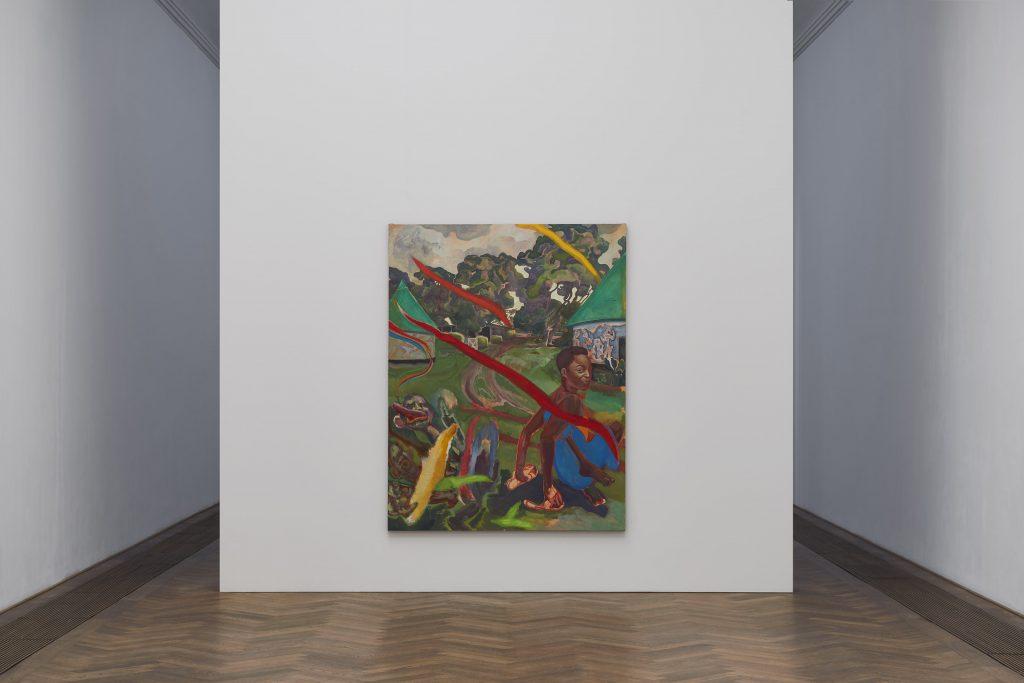 Yet measurable, published demand and interest is concentrated on the work of a few auction darlings. The market makes me wonder sometimes if we truly are in a time of facile mediocrity? Or is it simply that betting on a new maybe-star has become a more engaging wager than craps? Or, worse, that people orbiting the art world have such low expectations of art itself.

Whereas data can separate rhetoric from reality regarding inequities within the collecting and exhibiting patterns of museums, it is the enemy of discovery, interpretation, reevaluation, insight, and creative risk in the art market overall.

Data can only look backwards, at what has already been considered valuable, and it only appraises value through a narrow lens. We have to open our eyes ourselves. What do we want from art? How do we talk—or even think—about its value? What are we missing? (So much.)

Otherwise, following just the market data, we are blind to the kinds of philosophical and perceptual experimentation that have been at the core of artistic breakthroughs. It ratifies the deceit of taste as a fixed measure, devalues risk and creative curiosity as values, and inhibits the kind of maverick thinking that differentiates invention from production, art from design and decoration.

We are in this moment fully aware that some of the most profound artists of this generation and many previous are those whose work has been overlooked by mainstream art history, with its ongoing tunnel vision for the centrality of white Euro-descent men. We know that generations of lack of imagination kept us from engaging with these artists, whose contributions would have profoundly enriched our understanding of the possibilities of art and taken cultural history into different futures. Yet despite this knowledge of all we have lacked, today, with algorithms at hand, we seem doomed to repeat the blinkered approaches of the past, but at greater speed. 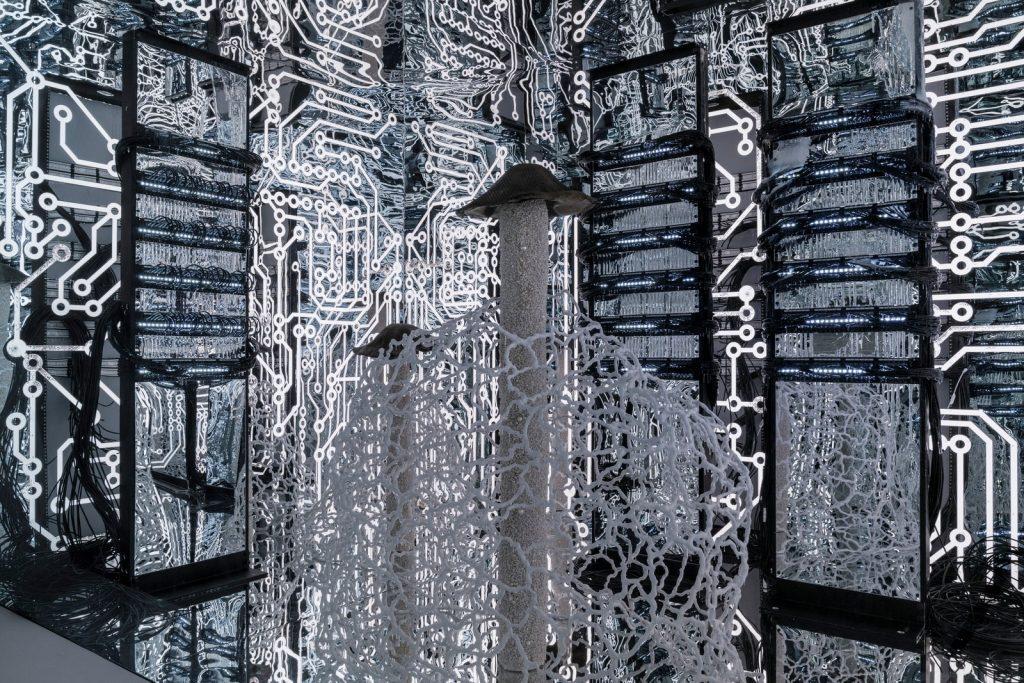 Anicka Yi,  (2017). Courtesy of the artist and the Solomon R. Guggenheim Museum.

Then again, maybe I am missing the point, chasing a potential that has passed. Maybe our surrender to data is simply symptomatic of where art is heading—where the world is heading—whether we cooperate or not. Perhaps when history looks back, this time will be seen as the precipice of massive epochal change, a reckoning of the consequences of colonial conquest and the production of wealth that slavery enabled, of taking without nurturing environmental and cultural sustainability.

Perhaps art is heading into a time more akin to the craftsmanship of the Medieval than the creative invention of the Modern—and if so, perhaps that isn’t necessarily bad, but it will subjugate the very brilliance of the individual that has driven this art market to the safety of a verifiable consensus view of greatness, which in turn will inevitably undermine the belief that selective data has guided the market into a world where greatness and safety are aligned.

And if so, perhaps we can find a word to replace “masterwork,” a designation upon which the foundation of today’s art market rests. The word itself is stained with culture and gender crimes and injustices at odds with the most vital art being made right now that today’s collectors have the opportunity to remedy.

The New Centre for British Photography in London Is the First Space Dedicated Entirely to U.K.-Based Artists in the Medium