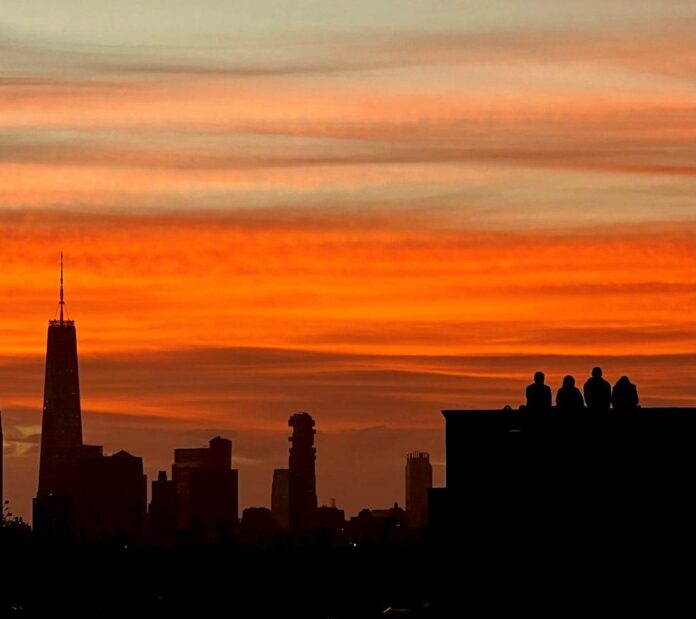 Critic Pans the Orange County Museum of Art – After a long stretch without any pans, we have gotten two! did like the Alex Katz retrospective at the Guggenheim last week, and now, a critic says the Orange County Museum of Art’s opening exhibitions were “confusing and mildly disappointing.” The cramped retrospective of sculptor Fred Eversley, he writes, had a “gift-shop ambience.” ()

New York’s Salary Transparency Law Is Now in Effect – The law requires employers with four or more staff members to make “good faith” salary ranges public in job listings. Live postings range from a Whitney Museum director for people and culture earning $150,000 per year to security officers at the Met who make $16.50 an hour. (The Art Newspaper)

Brooklyn Installation Chronicles Election Lies – Artist Phil Buehler’s 50-foot banner, the Wall of Liars and Deniers, contains tens of thousands of lies told by former president Donald Trump since he was elected, including the so-called “Big Lie” that the 2020 election was stolen. The second edition of the work, unveiled ahead of the midterm elections, includes lies tied to the “Big Lie” from those running for office. (Guardian)

Evelyn de Rothschild Has Died – The art collector, scion of the Rothschild financial dynasty, and ex-chief executive of the bank NM Rothschild and Sons Ltd died “peacefully at home” at the age of 91. ()

Gavin Turk Snuffs Out Richter’s Flames – Former YBA Gavin Turk has unveiled a new series of candle still lifes—variations on Gerhard Richter’s famous 1980s works—at Ben Brown Fine Arts in London. Turk first encountered the series on the cover of a Sonic Youth album in 1988. “It got lodged in my subconscious,” he said. “Now more than 30 years later, this feeling of pathos has started to reappear in my work.” (Press release)