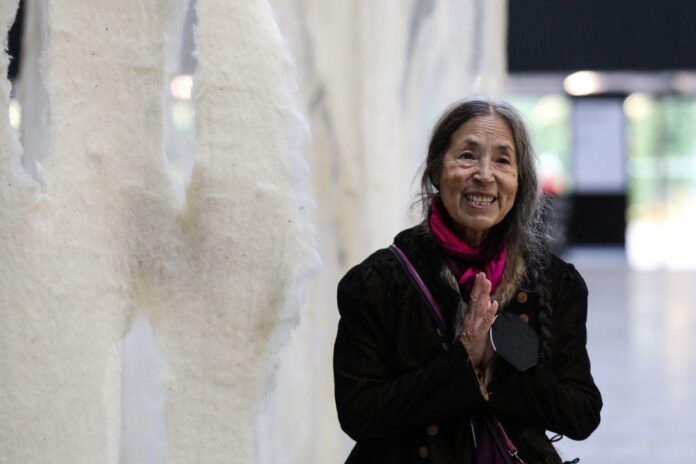 Were the Elgin Marbles Illegally Imported? – While the debate surrounding the Parthenon Marbles often surrounds their nebulous exportation from Greece, newly discovered letters from early 19th century suggest that Lord Elgin did not pay customs duty to import them to the U.K. ()

Philadelphia Museum of Art Strike Continues – “We are bleeding talented colleagues because of the museum’s low pay, poor benefits, and lack of professional development and advancement opportunities…We no longer have enough staff to function properly,” says museum employee Emily Rice, who has been striking since September 26. ()

Cecilia Vicuña Unveils – The Chilean artist poet has revealed her work for the Hyundai Commission; two monumental woven sculptures hanging nearly 90 feet from the ceiling of Tate’s cavernous Turbine Hall. The delicate sculptural forms, executed in the Indigenous Andean tradition of the quipu, are accompanied by audio and digital installations that constitute an “act of mourning for the destruction of forests, the subsequent impact on climate change, and the violence against Indigenous people.” (Press release)

Rijksmuseum Denies Having a Fungi Problem – The national museum of the Netherlands rejects claims that the museum is sinking due to an alleged fungi problem that’s been eating up its foundation. ()

Diamond Sets Record in Hong Kong – The Williamson Pink Star diamond set a new record when it fetched $49.9 million (HK$ 392 million) at Sotheby’s in Hong Kong. The 11.15-carat stone is now the highest price paid per carat for any diamond sold at public auction. ()

Gardner Museum Security Chief Runs for Office – Anthony Amore, who’s been running the museum’s security for 17 years, is running as a Republican candidate for state auditor in Massachusetts. ()

Silke Otto-Knapp Dies at 52 – The artist who painted landscapes and dancers has died, according to her Los Angeles gallery Regan Projects. She reportedly had been battling ovarian cancer. ()

Artists Are Opening Their Own Galleries – Tracey Emin, Gilbert & George, and Glenn Brown are among the latest group of British artists who are building galleries to show their own work. ()

Takashi Murakami Now Paints On Ceramics – The famed Japanese artist will be curating Perrotin’s stand at next week’s Asia Now in Paris to present the European debut of a series of ceramics he made in collaboration with Shin Murata and Aso Kojima’s ceramics featuring Murakami’s drawing. () 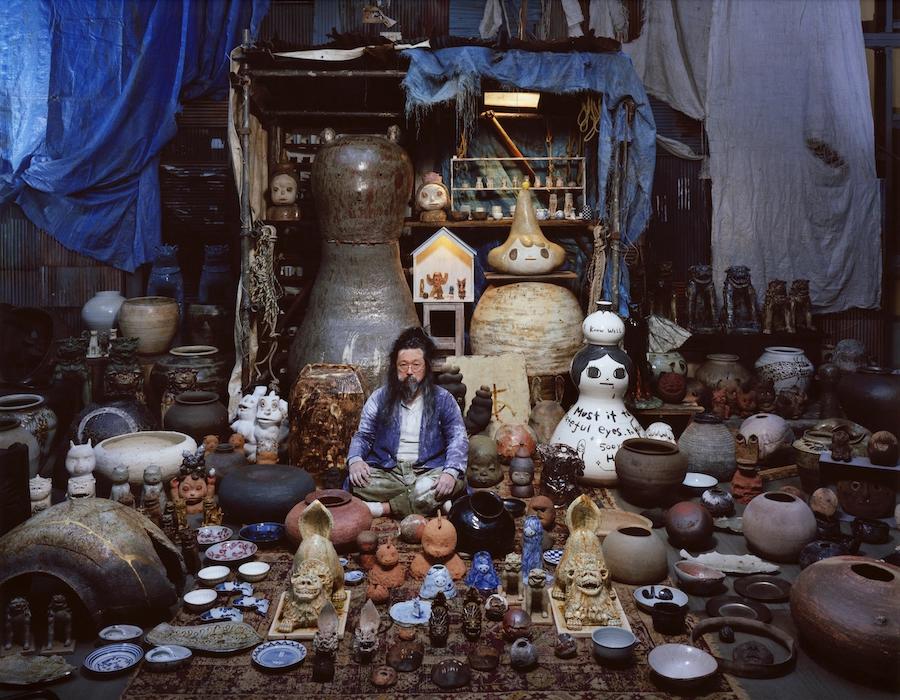 Portrait of Takashi Murakami and Superflat contemporary ceramics. Photo by Mikiya Takimoto. Courtesy of the artist.