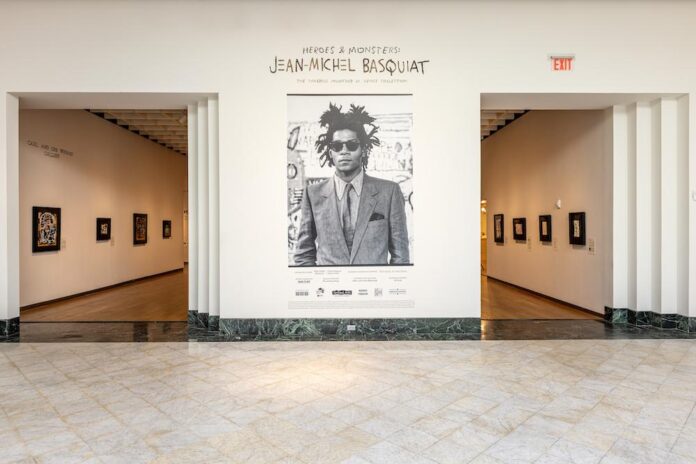 Report Urges Removal of Chicago’s Columbus Sculptures – The results of a citywide community-advised review of monuments has concluded that more than a dozen monuments and plaques, including all of Chicago’s statues of Christopher Columbus, should be removed. Other items under examination in the report include sculptures that reinforce Indigenous stereotypes and a plaque that commemorates the city’s “first white child.” (The Art Newspaper)

Uffizi Director Warns of Staff Shortages – While museum visitor numbers continue to rise, the number of staff members working at the same institutions is declining. Uffizi director Eike Schmidt says that more museum employees are retiring than being hired and that a staff shortage is imminent and must be dealt with. ()

Orlando Museum Interim Director and Board Chair Are Out – As the fallout continues over an exhibition of alleged Basquiat fakes at the Orlando Museum of Art, interim director Luder Whitlock has announced his departure after less than two months in the role. Meanwhile, the museum’s board chair Cynthia Brumback, who faced criticism for her part in the show, will be replaced by Mark Elliot, effective immediately. (ARTnews, Artforum)

Art Gallery of New South Wales’s Expansion Will Spotlight Indigenous Art – When the Art Gallery of New South Wales opens its $246 million expansion in December, it will also reveal a full reappraisal of its 36,000-object collection. The presentation will include renewed focus on its 2,000 works of Aboriginal and Torres Strait Islander art, as well as new work by contemporary indigenous artists responding to the space. (TAN)

Steve Locke Wins Rappaport Prize – The upstate New York-based artist has won the prestigious $50,000 prize given by the deCordova Sculpture Park and Museum, which celebrates an artist with “significant creativity and vision.” He will present a free lecture at deCordova next spring. ()

Basquiat and Warhol Play Will Go to Silver Screen – The wildly successful London play that considered the complex relationship between stars Andy Warhol and Jean-Michel Basquiat is going to be adapted into a $20 million feature film. Shooting begins next month and stage actors Paul Bettany and Jeremy Pope will reprise the lead roles. (TAN)

Arthur Jafa’s The White Album Heads to New York City – The artist’s Golden Lion-winning video work, a follow-up to his acclaimed 2016 piece Love Is the Message, The Message Is Death, will be screened in New York City beginning on September 1. The video “combines a pair of eclectic musical tracks with a series of provocative video segments that tackle thorny issues around race and violence,” critic Colony Little wrote for Artnet News. This is the first time the work will be on view since its run at the Venice Biennale back in 2019. (Instagram)

From Hopper to Magritte, Here Are Some of the Most Notable Artworks From 1927, Newly Landed in the Public Domain