Home News Art Industry News: The Rijksmuseum Decides That ‘Girl with a Flute’ Is... Royal Society of Art Staff Vote to Unionize – The London institution’s staff voted for union representation. The union wants to make the Royal Society a more diverse organization and clear the path for a transparent pay structure. The move was vigorously opposed by the senior management team. (Guardian)

Rijksmuseum Upgrades Vermeers – Ahead of its major exhibition in February, the Rijksmuseum has rejected a new judgement of (1664-67 or later), which will go on view in Amsterdam, on loan from the National Gallery of Art in Washington, DC. The U.S. gallery said in October that the painting was produced by “an associate of Vermeer.” The Rijksmuseum disagrees and will hang it as a real Vermeer. (The Art Newspaper)

Indianapolis Museum Makes Space for Black Artists – The local arts organization GANGGANG has been creating art fairs and performance event as well as commissioning murals. The Indianapolis Museum of Art at Newfields’s former president and chief executive Charles L. Venable resigned in 2021 after being criticized of a job posting for a director who would diversify its visitor base while “maintaining the Museum’s traditional, core, white art audience.” (New York Times)

Founders of Artist and Allies Arrested in Hebron – Issa Amro was arrested by Israeli Security Forces at Ja’abara, near Hebron. The co-founder (together with photographer Adam Bromberg) of Artists and Allies x Hebron, a counter-surveillance, anti-settlement project, was been called in to answer questions about a video he recorded and shared online of an Israeli soldier brutally beating an Israeli activist. Amro remains in Israeli custody and is due to appear in Ofer Military Court on November 30. ()

Stolen Sculpture from Frieze Sculpture Recovered – A sculpture by artist duo John Wood and Paul Harrison, conceived of to appear “a bit like the signs you see in a park” was briefly stolen from Regent’s Park. The work was recovered by friends of the artist. (TAN)

Medieval Ring Sells for Almost $40,000 – A 14th-century piece of jewelry believed to have been the wedding ring gifted to Lady Joan Brook by Sir Thomas Brook sold for nearly $40,000. The ring was discovered in 2019 by a metal detectorist, and authenticated by the British Museum. (Evening Standard)

Sydney Modern Opens to the Public – This Saturday, the newly transformed Art Gallery of New South Wales will reopen to the public, signaling the culmination of the years-long Sydney Modern Project. The new building overlooks the Sydney Harbor and provides nearly twice as much exhibition space. (Designboom)

Amoako Boafo Will Have a Solo at Gagosian –  Boafo’s painting (2021) will be shown for the first time at Gagosian’s stand, marking a new partnership between the star and the mega-gallery. His first solo show in New York is planned for Gago’s Madison Avenue headquarters in March 2023. ()

National Gallery in London Unveils Restored Christmas Scene – Piero della Francesca’s , from the early 1480s, will go back on view on December 1. The three wise men have been restored thanks to 15 months of conservation work. () 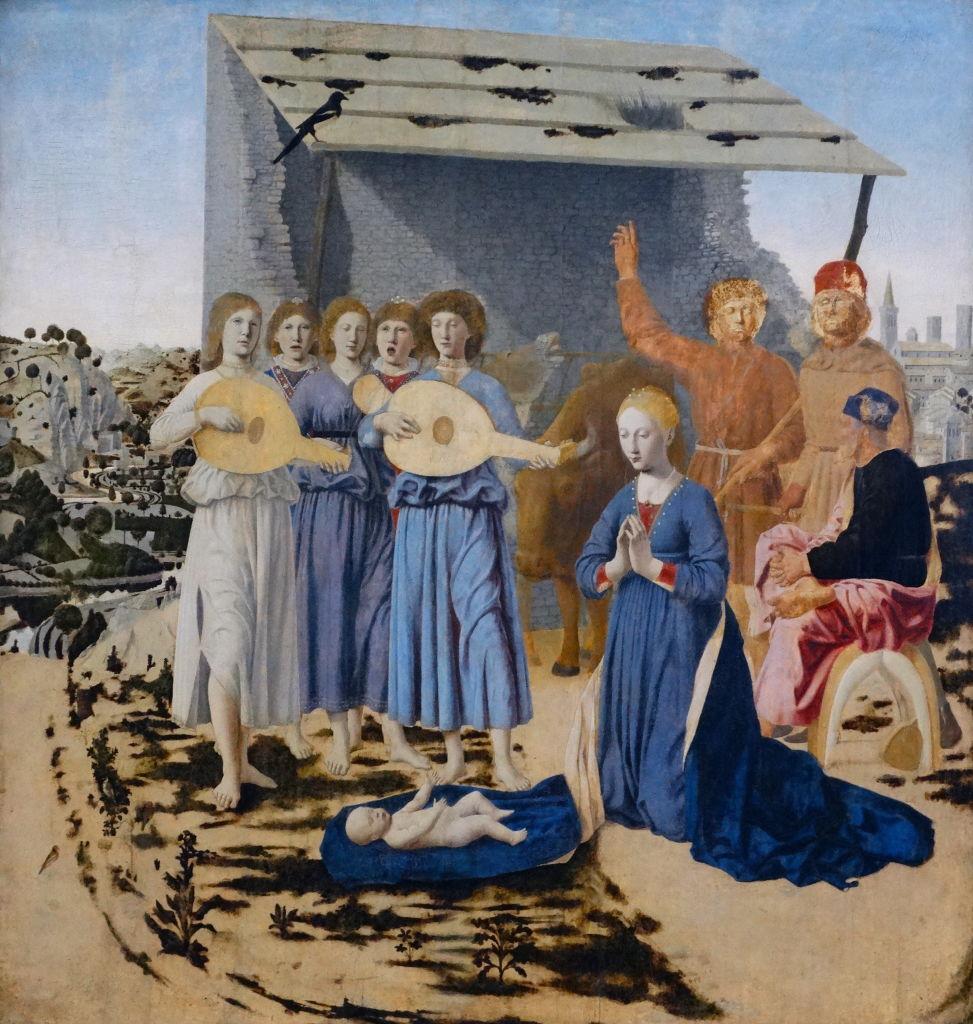 Philip Pearlstein, a Figurative Master Who Preferred Nude Portraits Over New Modes of Abstraction, Has Died at 98