Home News Art Industry News: Why Is It So Hard to Come Up With... 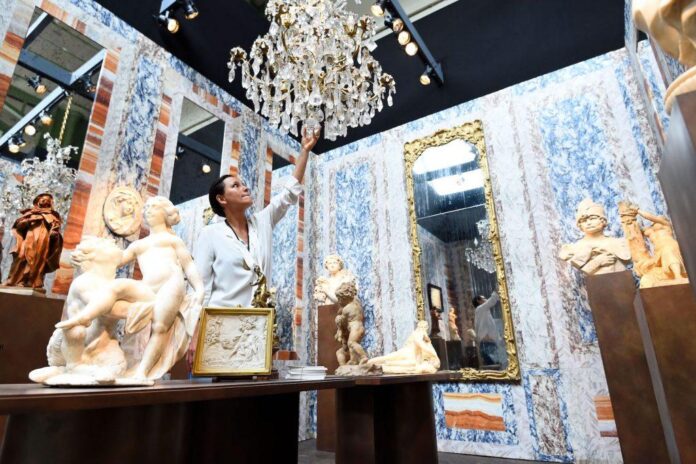 Is in Trouble  – The just-announced BBC Four TV show , which would see comedian Jimmy Carr potentially destroying artworks by “problematic” public figures, is facing backlash. The Holocaust Memorial Day Trust says that the stunt of burning a painting by Nazi dictator Adolf Hitler is “making Hitler a topic of light entertainment.” Other critics questioned the validity of destroying cultural artifacts at all. (Guardian)

New Philadelphia Museum Boss Acknowledges Strike – As it prepares to open a new Matisse show, PMA director Sasha Suda addressed the strike of museum workers that now stretches into its 17th day. “I can only hope the coming days will bring us together,” she said. “I think there’s a really exciting road that lies ahead and for our purposes that road begins with Matisse.” Picketers carrying signs with slogans like “Hey Sasha, Stop Hiding” and “NO Contract NO Matisse,” were skeptical: “We’ve never met her,” said curator Amanda Bock. “They could settle this today if they wanted to.” (Philadelphia Inquirer)

Stolen Manuscripts From Afghanistan Appear at Auction — Historians from the Qatar-based Himaya project have worked with international authorities to stop nearly a dozen stolen manuscripts from being auctioned in Paris, London, Amsterdam, and Iran. (The Art Newspaper)

New Paris Fair Is Already Looking for a New Name – The fact that Art Basel’s new Paris edition will be called Paris + is a subject of much bemusement among observers—but it’s not the only event with identity issues. The five-year-old Fine Arts Paris fair has merged with the Biennale des Antiquaires to create a new fair called “Fine Arts Paris & La Biennale.” No one likes the name. “We are reflecting on that,” says Louis de Bayser, the third-generation Parisian art dealer behind the merger. “I think we will rename it, but it’s not easy to find the right one.” (Financial Times)

Major Botticelli Show Heads to Minneapolis — An exhibition featuring 45 works by Sandro Botticelli on loan from the suffixing Galleries in Florence will open on October 15 (tomorrow) at the Minneapolis Institute of Art in Minnesota, the most comprehensive Botticelli show in the U.S. (TAN)

A post shared by Minneapolis Institute of Art (@artsmia)