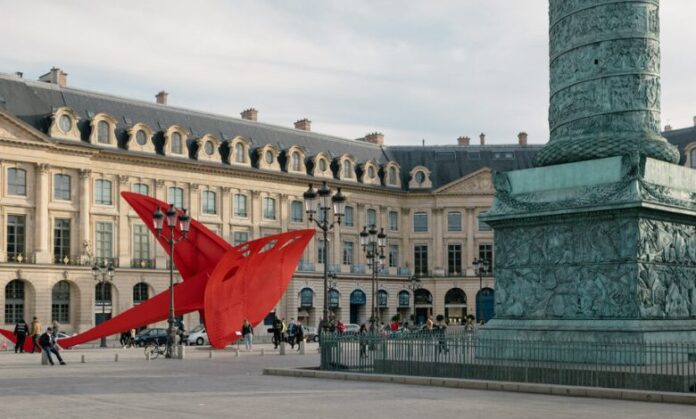 Paris international art fair, Foire Internationale d’Art Contemporain, also known as FIAC, has returned from absence due to the pandemic. This time, the venue will not be the Grand Palace with a dome, which is undergoing major renovations, but a temporary building at the foot of the Eiffel Tower: the Ephemera Grand Palace.

The 107,000 square-foot building, designed by French architect Jean-Michel Wilmotte at a cost of 40 million euros (about $ 46 million), will receive an additional wing to house 171 exhibitors at FIAC this year (up from 199 in 2019). As a result, FIAC Director Jennifer Flay said the result is still 30 percent less floor space for FIAC than usual.

Ms. Flay said that the French government, museums, and the city of Paris have done everything in their power to ensure that France and Paris can benefit from a prestigious epicenter location for events that usually take place at the Grand Palais.

“We all really need these real exchanges,” she says. “We really need them, we crave them. The place that Arka plays in people’s lives was really open but may have been a little underestimated earlier. ” This year, the artist show FIAC will feature over 30 exhibitors for the first time, including the Andrew Edlin Gallery in New York and the Marfa Projects in Beirut, Lebanon.

The external cultural program of the Paris international art fair includes an exhibition by the contemporary artist Jean Clarac at the Eugene Delacroix National Museum, live and filmed presentations of performing arts at the Center Pompidou and elsewhere, and a series of outdoor sculptures in the Tuileries Gardens and the legendary Place Vendome.

The sculpture on display in Place Vendôme is Alexander Calder’s monumental Flying Dragon, 1975, created a year before his death. Made of bright red sheet metal, it looks like a giant toy airplane. It is an undeniable choice over Paul McCarthy’s “Tree,” an inflated sculpture resembling a sex toy that was exhibited at the same location as part of the FIAC outdoor program in 2014 and then vandalized and removed.

This year the artist show FIAC will mark the first event since the UK’s exit from the European Union, commonly known as Brexit. Meanwhile, France, which remains a member of the union of 27 countries, has seen a rise in its status as an arka marketplace. Several international galleries have opened branches in Paris. And the capital’s appeal as a destination has grown with the opening of private museums like the Bourse, which was opened this year by billionaire collector François Pinault, owner of Christie’s.

“The arka market hates uncertainty,” he said, “and Brexit is bringing in a serious dose of that.”

For London to recover, the UK needs to introduce low tax and low regulation measures, according to Mr. Kwemin, because in the post-Brexit situation, all import and export documentation for the arka market is done in London, not in continental Europe.

Brexit pushed one New York gallery owner firmly based in London to open a Paris branch in October 2019: German merchant David Zwirner. “After Brexit, opening a second gallery in Europe was a more logical step,” he explained at the time.

Now in a non-Brexit move, Gagosian is opening up a third space in Paris: an attractive boutique space in a historic shopping center leading to Place Vendome, close to some of Paris’ finest museums and hotels.

The gallery’s first exhibition will be a layout and archival material related to Calder’s Flying Dragon (which Gagosian is exhibiting). Serena Cattaneo Adorno, director of Gagosian Paris, said the space recently became free and has been occupied due to its attractive central location and architectural flexibility: a 50-foot street-level display cabinet and high ceilings to accommodate art of all shapes and sizes.

Gagosian COO Andrew Fabrikant said discerning collectors of immense wealth and taste, such as Mr. Pinault and billionaire Bernard Arnault, are opening private museums in Paris. Mr. Fabrikant described the current situation in London as dire due to “postpartum cramps due to Brexit”, which he described as very disappointing indeed.

Thaddaeus Ropac, another international gallery owner with a strong presence in both London and Paris, confirmed that doing business in London after Brexit was logistically challenging, but called it not the end of the world.

Ms. Flay of the Paris international art fair FIAC expressed a similar view. She said that many people in France were shocked by the decision of the British people to leave the European Union.