Home News Art Therapist Collects 14,000 Keys From Wildfire Victims and Transforms Them into... 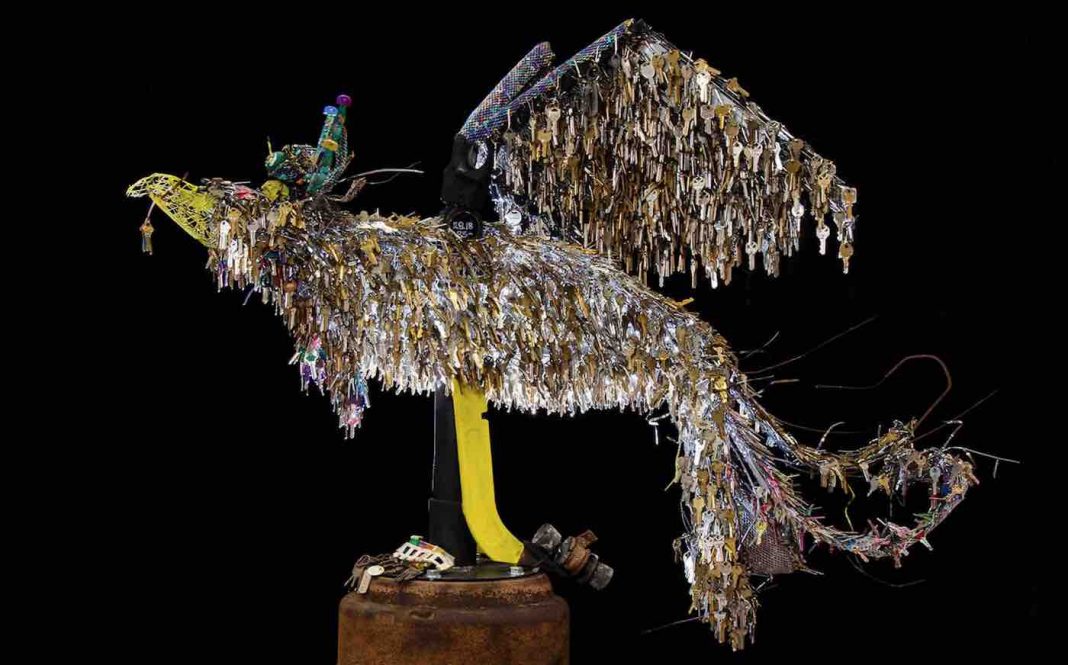 In 2018, terrible fires raged across the state of California (USA). The fire destroyed at least 10 thousand houses, and 300 thousand people, having lost everything, had to start looking for new places to live.

That summer in the California fire disappeared from the face of the earth city Paradise, which did not help and happy name. 85 people died, 135 thousand acres of land and forest were burned.

How do we live next?

Jessie Mercer lived quietly in Paradise, doing what she loved – the girl worked as an art consultant and a therapist. But the raging flames forced him and his father to flee from the city, which burned everything – and the house, within the walls of which was lived all his life, and an art studio.

All that was left of the past was a bunch of keys.

And the keys, which would never open their doors again, were a symbol of hope and faith in a rebirth for Jessie.

The key to humility

Jessie Mercer’s been collecting keys for a whole year. She was given the keys to rooms and houses, to schools and businesses, to shops and churches. Even the keys to personal journals were given to a girl who agreed to listen to the story of their loss. For Jessie, such communication was also healing, helping her to come to terms with her own distress. 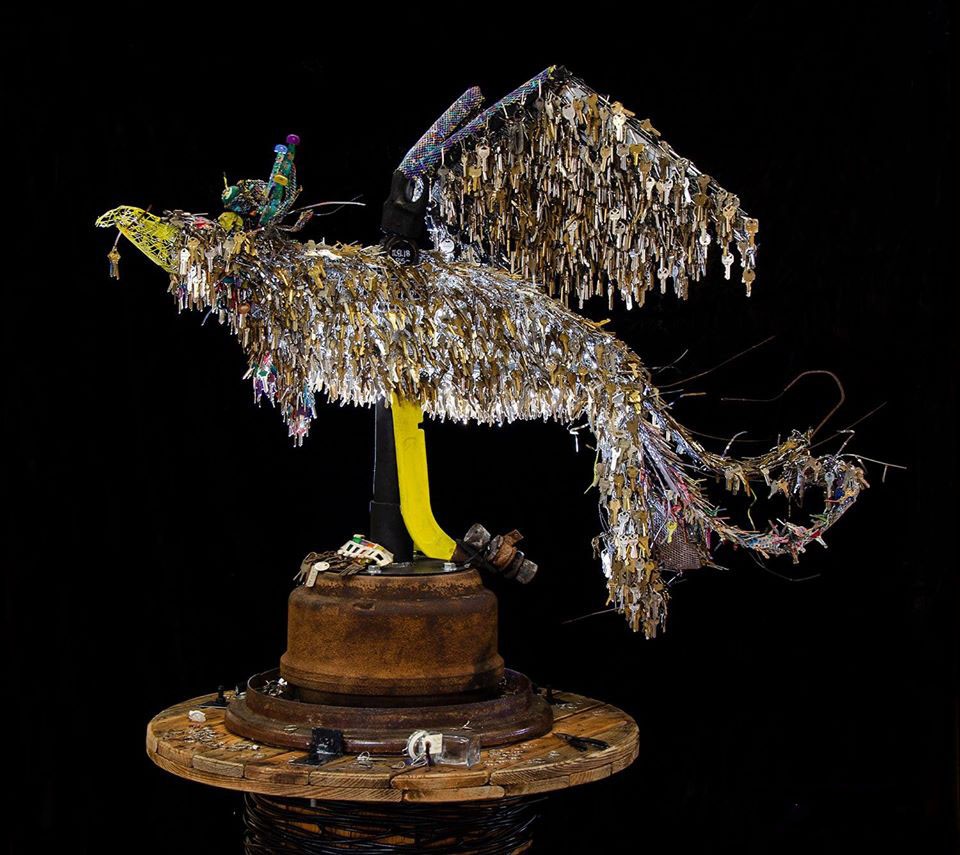 Jessie explained to the men like her that the keys were now the only thing they had while everything else was lost. But every look at them should not bring sadness and pain to the heart. In her opinion, the keys can become a symbol of comfort and faith in the future. The keys can unite those who remain alive.

All the keys given to the girl went into business: from metal products, she began to create a phoenix bird. After all, the mythical bird is known for the fact that burning, always rises from the ashes unharmed. Mercer had no ready project, plan or even sketch – the bird was born out of inspiration, pain, and hope.

It was a year after that terrible day when the fire destroyed Paradise. 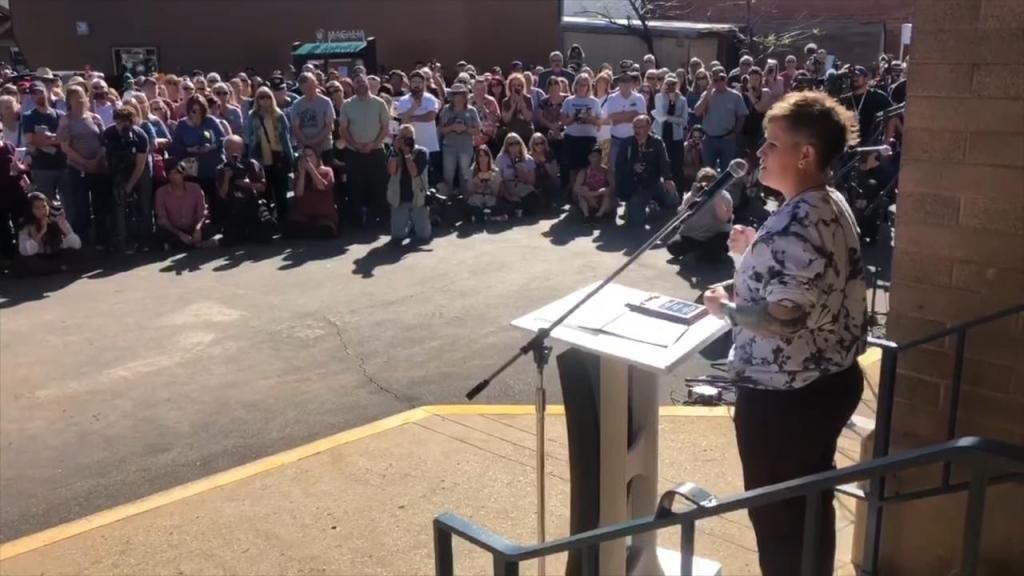 And at the solemn ceremony at the Resilience Center, Butta Mercer presented a sculpture created with 14,000 keys that were given to her by victims of forest fires. The Center has become a place where city residents can support each other and find strength for life. 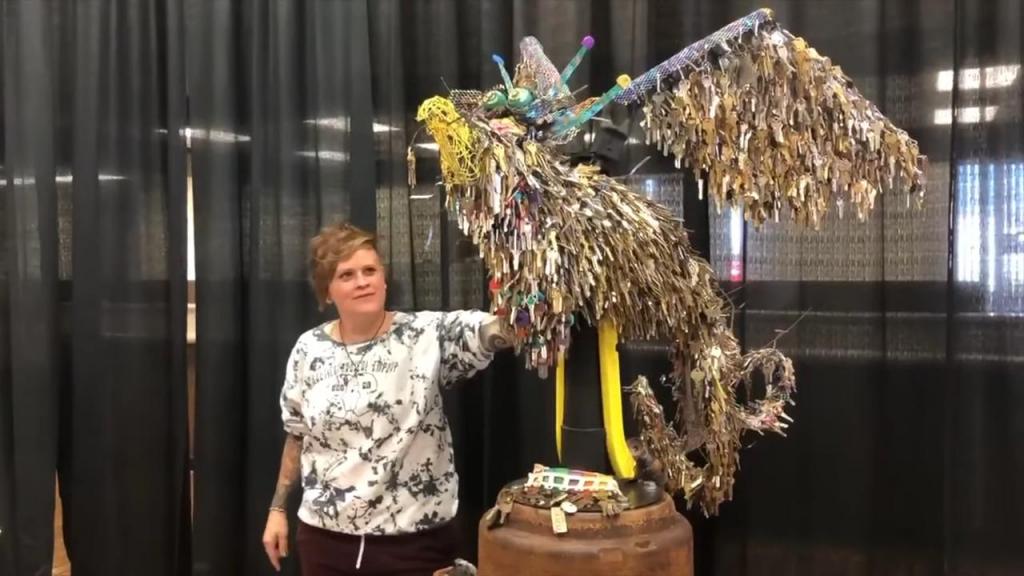 The metallic phoenix will now be at the Centre, bringing the citizens together through art.

Jessie Mercer was also given a gift, a symbolic key to Paradise. 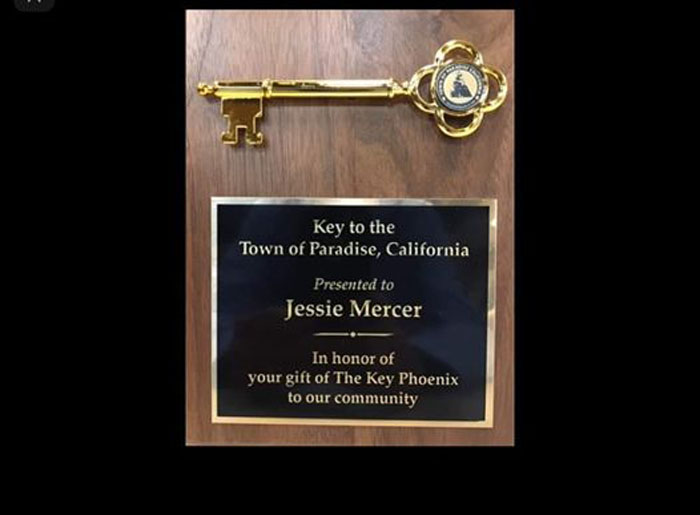 It was extremely exciting for a novice artist, the whose cherished idea for a year was to bring people back to their hometown. 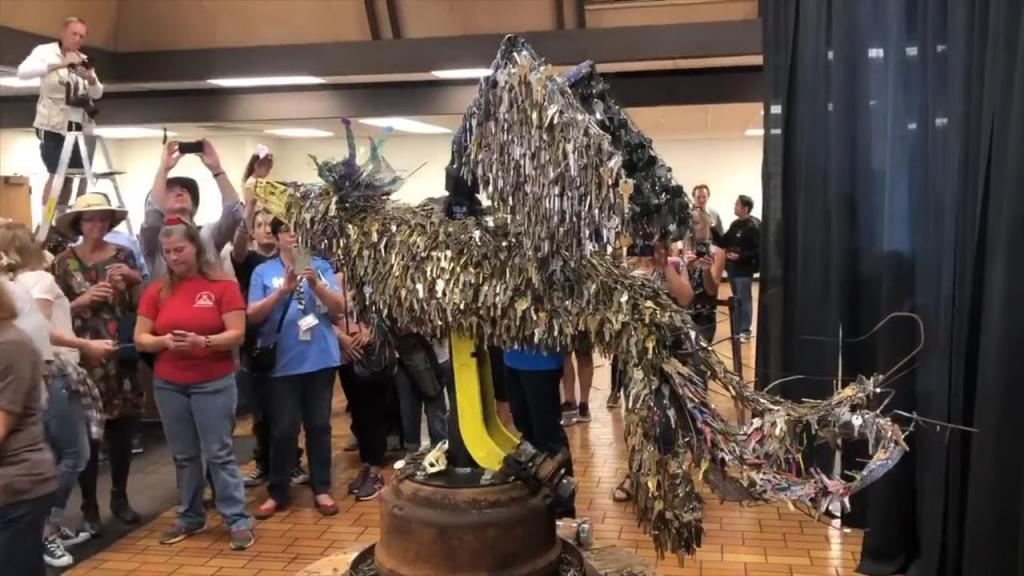 The prints of the key are now sold through Internet resources, and the proceeds are sent to the fund of non-commercial art therapy Jessie Mercer.