The Haiti-born French artist Hervé Télémaque, known for his colorful, figurative work, died yesterday at the age of 85. He had become internationally renowned in his late career, following a major survey at the Centre Pompidou in 2015.

As he worked across painting, drawing, assemblage, and collage, curators sometimes found Télémaque’s highly unique style tricky to categorize. In the 1960s, he became associated with Narrative Figuration, a movement somewhat akin to American Pop Art but with strong socialist principles. Eventually, he set himself apart from that group, producing complex, poetic work more suggestive of surrealist influences.

Radical politics, anti-consumerism and the history of colonialism are enduring themes throughout Télémaque’s challenging work. 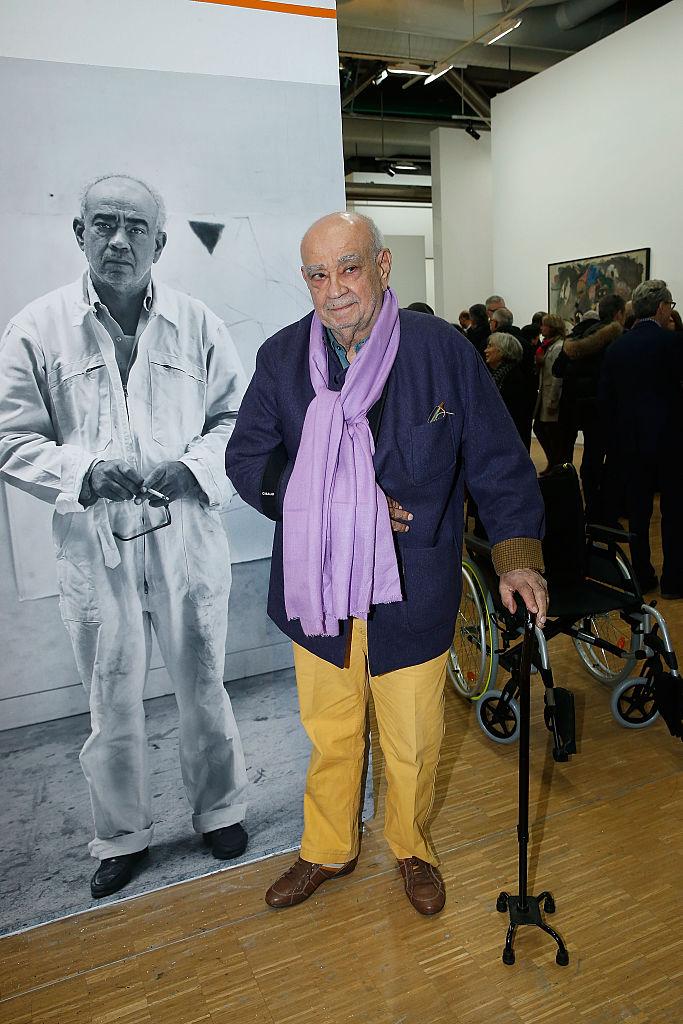 Born in Port-au-Prince on November 5, 1937, his earliest interest was sport but he was unable to compete due to his health. In 1957, Télémaque escaped the dictatorship of François Duvalier by moving to New York. There, he joined the Art Student’s League and was exposed to cutting-edge new movements like Abstract Expressionism, showing a particular interest in Arshile Gorky. He also married his wife Maël Pilié, a seamstress.

Affected by segregation in the U.S. and uninterested in producing abstract art, Télémaque moved to Paris in 1961, where he began working with an emerging group of artists, including Bernard Rancillac and Jacques Monory, who would become known for creating a new style—Narrative Figuration.

“I was a bourgeois boy, but I couldn’t find a studio,” Télémaque told Artnet News in 2019 about the racism he experienced while living in New York. “I found a much more open environment in France and there I began reckoning with my time in America.”

But his experiences of racism in French society soon became an important source of influence, as well. His “Banana” series borrowed imagery from everyday pop culture, including magazines, adverts and cartoons, to expose derogatory stereotypes of Black people.

Télémaque was featured in the major MoMA rehang of 2019 with No Title (The Ugly American) (1962/64), a reflection on his experiences of racism in the U.S.. Pink-faced, blonde-haired faces yell “STOP” from the right, while Caribbean revolutionaries like Toussaint Louverture, a leader of the Haitian Revolution, appear on the left.

“New York is an international city now, it’s no longer an American city,” he reflected on his return to New York to see the painting in situ. “I’m so happy to see American Black artists start to have some success, which is totally new.”

A retrospective dedicated to Télémaque is currently on tour, having first exhibited at the Serpentine in London and now on show at the Aspen Art Museum in Colorado.

“We are deeply saddened by the news,” the Serpentine’s artistic director Hans Ulrich Obrist said in a statement to Artnet News. “Hervé Télémaque’s seminal body of work took us on a unique path through the visual languages of colonialism, desire, and consumerism. This spectrum of themes remained as pivotal today as in each decade chronicled by his singular practice.”

“I will never forget the precious moments spent together and treasure his words: ‘Art is the speed of experience.’”

Pre-Columbian Art Set to Be Auctioned at Christie’s

What Are The Different Forms Of Arts In Canada?