Home News Artist Paul Rucker Has Received $2 Million in Grants to Open a... 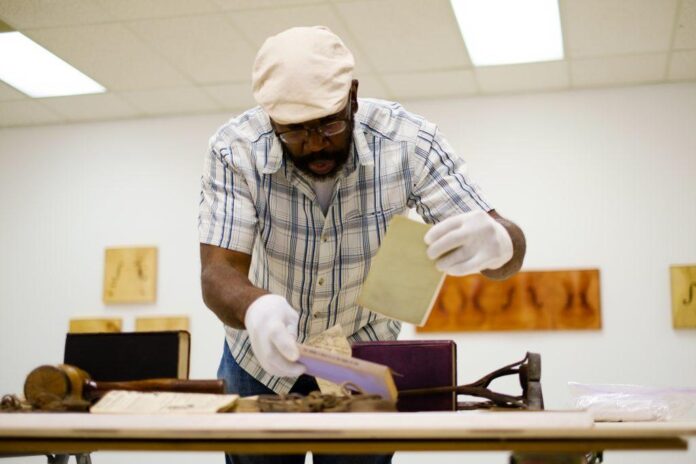 For the last 10 years, the artist Paul Rucker has been obsessively collecting artifacts that factually illustrate the systemic racism that lies at the foundations of U.S. society, sustaining racial inequity into the present day.

Now, he is the recipient of $2 million in grant money from the Mellon Foundation and the Art for Justice Fund, and plans to use the money to open a multidisciplinary arts space and lending library in Richmond, Virginia, to house, display, and share this archive. Called Cary Forward, it is set to open in fall 2024.

“It’s an interpretive arts center operating at the intersection of art and artifacts and history,” Rucker told Artnet News. “And this is an art piece that I want to have a life on its own.”

In addition to displaying artifacts, Cary Forward will also give artists the opportunity to create work responding to challenging material, such as Ku Klux Klan robes, lynching postcards mailed to commemorate the public murder of Black men, and all manner of knick knacks depicting Black people as garish caricatures. 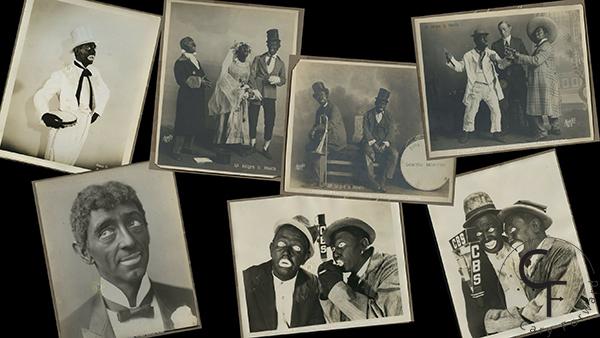 There’s even the vintage interior of a 1930s bank that Rucker has reassembled for a traveling project, Rucker uses the interactive display as a teaching tool about Black Wall Street—the thriving community that once existed in Tulsa, as well as similarly nicknamed communities in Richmond and Durham, North Carolina.

The work premiered in Tempe, Arizona, this spring, and is headed to Baltimore next year. “It takes an 18 wheeler to transport it,” he said. “Oh wow, is it expensive moving it now!” 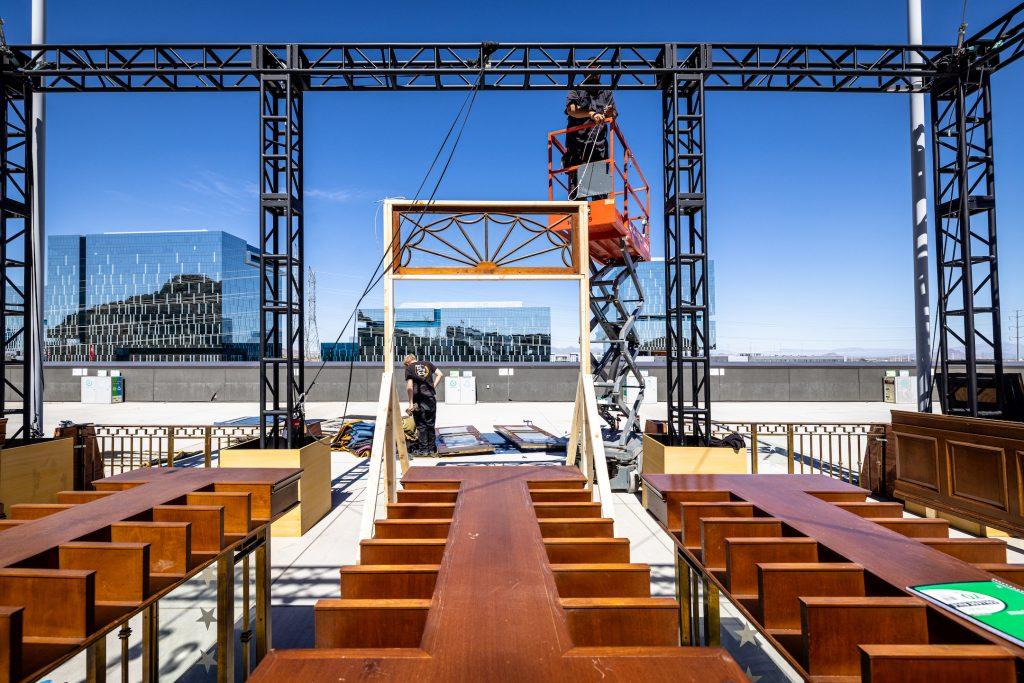 In total, Rucker estimates Cary Forward will be home to over 20,000 objects. (The collection has grown at the incredible rate of approximately 2,000 artifacts per year.)

“I am just always looking for things—at estate sales, thrift stores, yard sales, and online auctions,” Rucker said. He believes he is amassing an archive that addresses gaps in the holdings of our nation’s major museums, which traditionally have focused on documenting a more “positive” narrative of U.S. history.

The still-growing archive will become a lending library. In addition, there will be a live-work studio for an artist- or scholar-in-residence program and a for-profit coffee shop to help fund the operation.

The name Cary Forward comes from Cary Street, where the institution will be located. (It’s not far from Richmond’s old Black Wall Street neighborhood, or from the James River that once transported enslaved Africans into the city.) 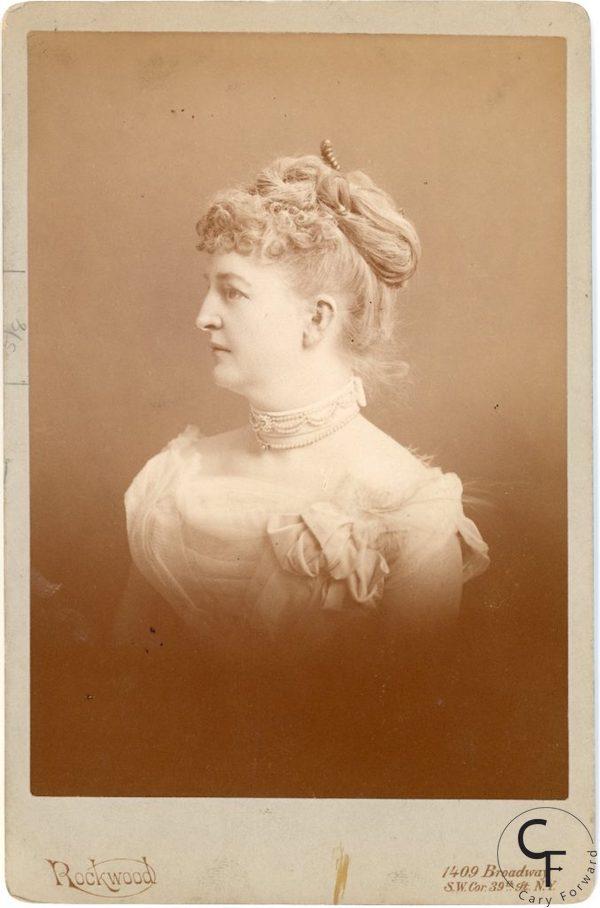 “It’s about carrying forward information, but it’s also about appropriating the name Cary,” Rucker said. The street is named after Archibald Cary, a supporter of the Confederacy and owner of enslaved people whose daughter, Constance Cary Harrison, is credited with sewing one of the first Confederate Battle Flags.

The artist, who is also an assistant professor and iCubed research fellow at Richmond’s Virginia Commonwealth University, bought the two-story building for the project two years ago. He has been making repairs and renovations piecemeal—patching the roof when it leaked and other necessities—but did not have the money to cover a full remodeling.

The grant money will now start to make that work possible, but Rucker estimates he will need an additional $3 million to get the operation off the ground. He is seeking nonprofit status for the organization, and soliciting donations.

At the moment, Rucker is running the fledgling organization with one assistant, contract workers, and VCU work-study positions. The longterm plan is to have a team of about six, including a development officer, archivists, an administrative assistant, and a janitor. 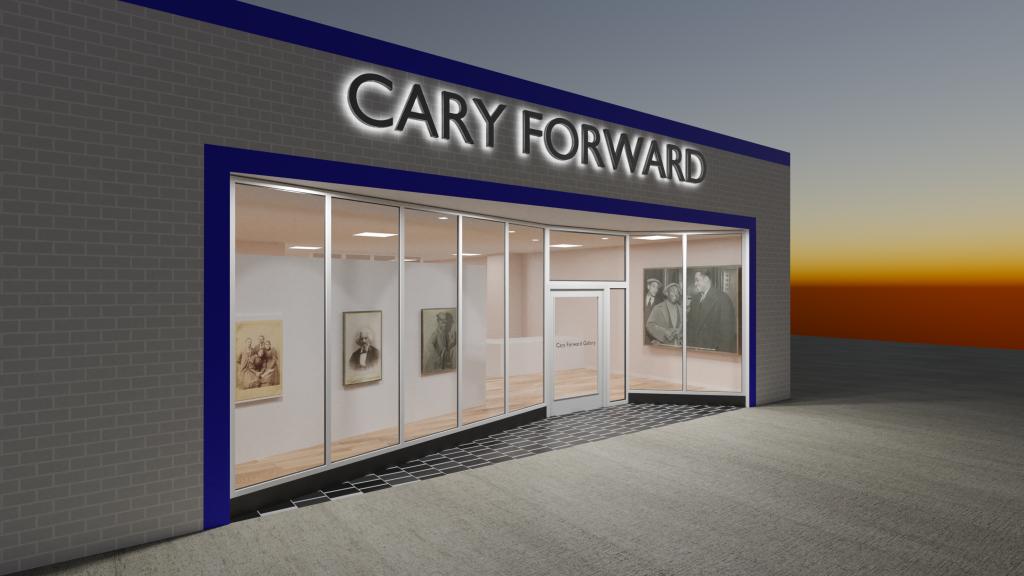 Rucker—whose last museum job was as a janitor at the Seattle Art Museum—will serve as the founding executive director, but eventually plans to hire someone for the role, to keep his focus on his art practice.

The mission of Cary Forward, of course, is deeply entwined with the art Rucker has been making all along, investigating the legacy of enslavement in the U.S. and how that history is born out in our current socio-political moment.

The work is also educational, resurfacing horrifying incidents of racial violence such Red Summer, which saw race riots and massacres in 38 cities in 1919. Those events became the basis of Rucker’s 2019 show of the same name at Kenyon College in Gambier, Ohio, featuring newspaper clippings and lynching postcards from the time.

“These are things that we didn’t know about growing up as kids,” Rucker said. “My mom wanted to protect me from learning about Emmet Till—even though we all need to know about Emmett Till.”

Rucker is a fount of racial history, talking off the cuff about largely forgotten incidents like the 1898 coup d’état in Wilmington, North Carolina, which saw white supremacists violently overthrow the locally elected government of Black business and their white political allies. 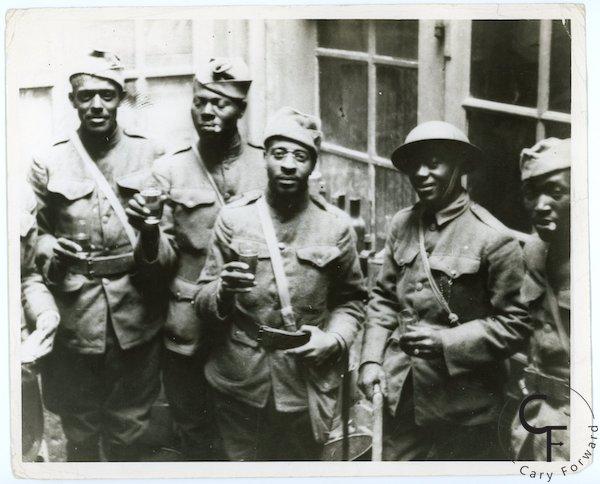 “A lot of people talk about January 6 being an anomaly, but it’s happened a lot in our country,” Rucker said. “There’s a whole history of Black communities being destroyed, burned, and it’s just not part of the narrative. Elections being overturned by mobs is also not new. The 1898 coup in Wilmington is one example where the election results didn’t stand because of mob violence.”

The Cary Forward archive aims to expand that historical record—even if that might ruffle some feathers—by presenting objects and documents that tell stories of racial struggle that might otherwise pass from living memory.

“The current governor of Virginia ran on abolishing the teaching of critical race theory,” Rucker said. “For some people, critical race theory is anything that makes white people feel bad about themselves. But every time I have a conversation about race, I stick to the facts and history.”

In our age of trigger warnings, Rucker knows that the artifacts he has collected will be difficult to look at. (York College of Pennsylvania closed his traveling exhibition “Rewind” to the public in 2017, due to concern about how visitors would react to the historic images of lynchings and the artist’s colorful Ku Klux Klan robes in the wake of then-recent white supremacist rallies in Charlottesville, Virginia.)

But Rucker believes that the ugliness of these objects is illustrative of so much of why our nation is the way that is, the underlying factors that gave rise to socioeconomic inequalities along racial lines, and the mass incarceration of African Americans. 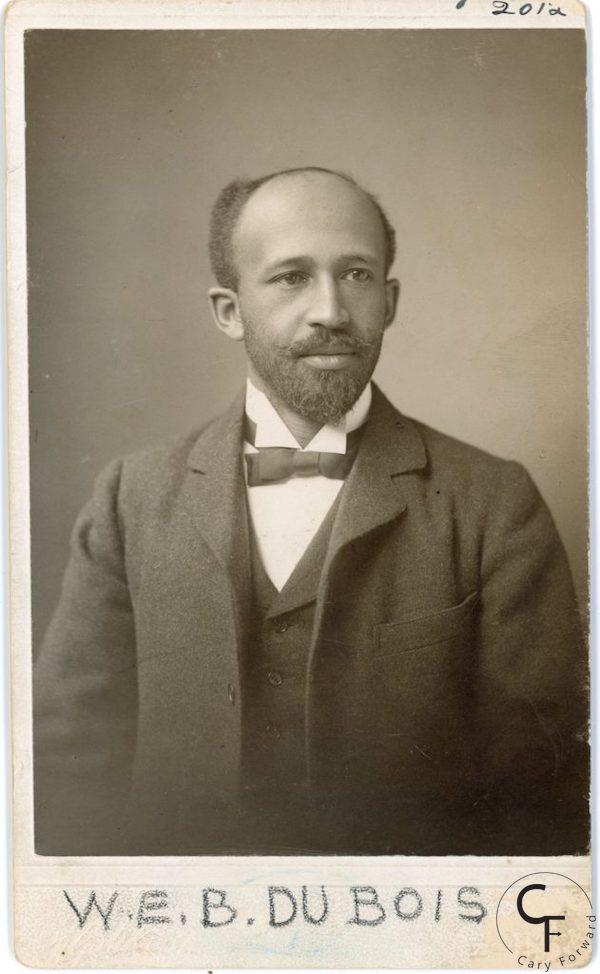 “We as a society pretend to be better than we are—or than we’ve ever been,” he said.

And yet, Cary Forward is a celebration of the African American community and how it perseveres, despite all it has been through since the first enslaved men and women were brought here against their will in 1619.

Rucker wants to remember and celebrate the vibrant Black communities that have existed throughout U.S. history, not just the fact that so many of them were destroyed by racially motivated violence.

“I learn something new every week, some amazing or horrific story,” he said. “We need to learn about these things and they have to be part of the conversation if we’re going to talk about repair.”