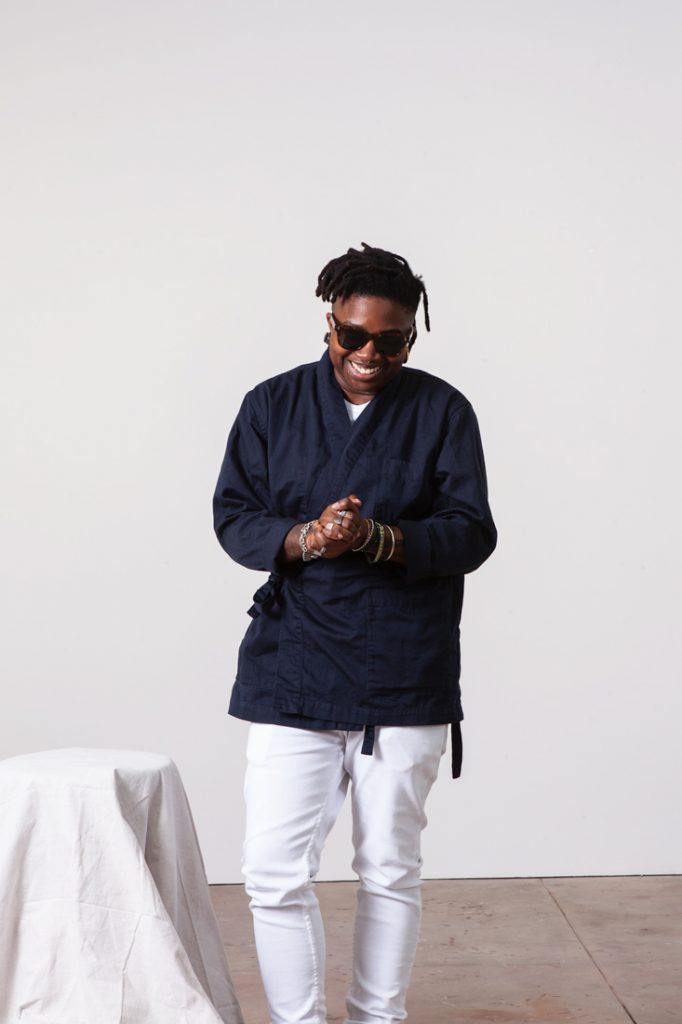 Tiona Nekkia McClodden, who first garnered recognition for her work as a filmmaker, is experiencing a moment of well-deserved praise within the art world. Perhaps most notably, the artist amassed critical acclaim for I prayed to the wrong god for you, her contribution to the 2019 Whitney Biennial. Now, with a solo exhibition at David Zwirner’s outpost on 52 Walker Street, an extensive curatorial presentation at The Shed, and an installation on view at MoMA, McClodden’s momentum and impact are more palpable than ever.

McClodden’s commitment to deciphering society’s complexities through visual mediums was sparked at an early age, and her love for filmmaking and mining history in various forms can be traced back to a source that’s familiar to many: public television.

“I was a PBS kid,” the artist recalled in a recent interview with Artnet News. “I watched a lot of documentaries and the first form of filmmaking that I wanted to do was documentary filmmaking.” The Philadelphia-based artist also pointed to her father’s purchase of a set of Encyclopedia Britannica and National Geographic magazines as an especially mind-opening experience in her formative years. “I don’t know if people even know what those are anymore,” she added, laughing.

The artist also reminisced about frequently seeing her father taking photographs and getting them developed throughout her childhood. Eventually, she was the one with the camera in her hand, evidenced in old family photos. “I have several pictures of me as a child with a camera, and I actually remember taking the pictures that I have,” she said. 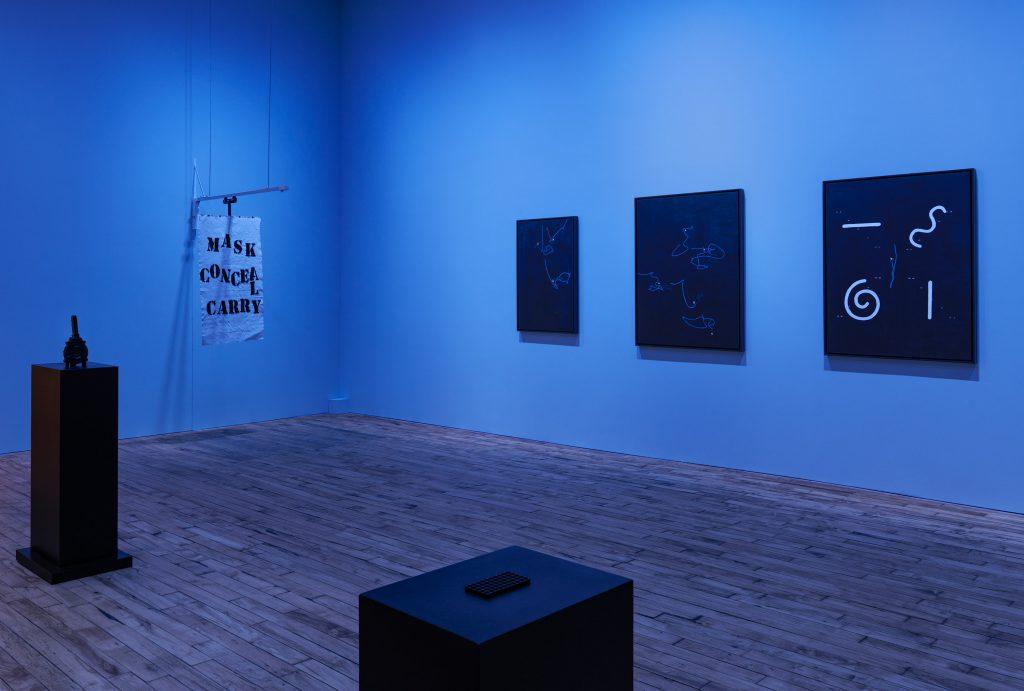 Now with an expansive practice comprised of film, installation, painting, and sculpture, McClodden interrogates constructions of race, gender, and sexuality with acute precision and care. A practitioner of the Afro-Cuban religion, Santería, exploration of spirituality also figures into her work. The artist is deeply interested in examining the shared ideas, values, and beliefs throughout the African Diaspora, something that she calls, “Black mentifact.” Mentifact, a term frequently used in anthropological fields, generally refers to the cultural traits of a group of people.

“It helps me to remain reverential to a core knowledge of Black intellectual thought across age, background, you name it,” McClodden explained. The artist’s ongoing research around the Black mentifact also led to her thinking about the line between truth versus fact. “What someone will tell you about something that happened is usually very different from somebody showing you the documentation of something that happened,” she explained. “I like that and I like truth.”

McClodden has maintained a relatively prominent profile in the years leading up to this current trio of offerings. In 2018, she held a residency at the prestigious Skowhegan School of Painting & Sculpture in Maine, and received the $100,000 Bucksbaum Award for her 2019 Whitney Biennial work. She was also awarded a Guggenheim Fellowship in Fine Arts in 2019 and is the recipient of the 2021-23 Princeton Arts Fellowship.

Like much of McClodden’s oeuvre, “MASK/CONCEAL/CARRY,” on view at 52 Walker through October 8, is imbued with a tangible sense of tension. The show hinges on a phrase from the world of weight training—“train to failure”—which holds that, in order to make progress, you need to carry more weight than you can handle. While the exhibition title might initially call to mind conversations around gun policy in the U.S., this body of work is, in many ways, an introspective and intimate reflection. 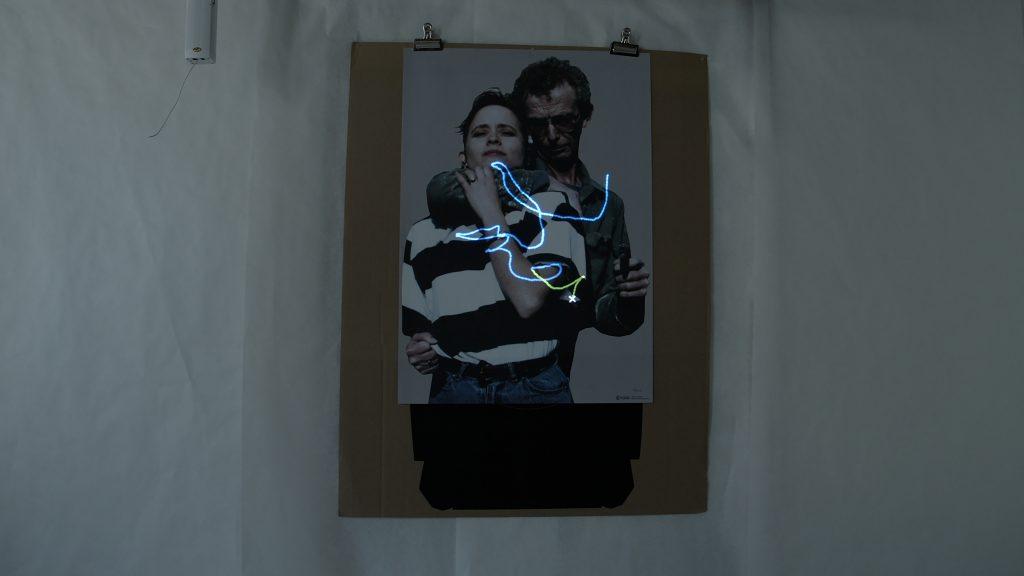 Drawing some inspiration from McClodden’s experience procuring her weapon carry license two years ago, the show debuts a new series of paintings, a handcrafted chain-mail facial covering, and videos. Set to an ominous score with a deep blue lighting filling the gallery space, the culminating installation deals with dichotomous ideas of rage/composure, masking/unmasking, concealment/disclosure.

In a recent interview, Ebony L. Haynes, senior director at 52 Walker, detailed the multiplicitous nature of the exhibition, down to its title. “Each word has multiple meanings and can be applied very formally, very abstractly,” she said. “Whether concealing something, carrying the weight of something, masking something, or masking oneself.”

The pair, who first met back in 2018, worked together when Haynes included McClodden’s film black./womyn.:conversations with lesbians of African descent (2008) in her blockbuster program “EBSPLOITATION” at Martos Gallery. Widely regarded as the artist’s breakout work, the film features interviews with nearly 50 Black lesbians, and aimed to facilitate intersectional and intergenerational dialogue about the portrayal of Black lesbians throughout media and society.

Haynes spoke about McClodden’s craftsmanship and dedication to both the labor and research behind her art. “I’m constantly amazed at how much effort and time she puts into thinking about the best way to present the work,” Haynes explained recently.

Equally important to McClodden’s work are her curatorial practice, and her commitment to scholarship and writing (she is also a recipient of the 2022 Andy Warhol Foundation Arts Writers Grant). At The Shed, McClodden has curated the exhibition, “The Trace of an Implied Presence,” which takes an extensive dive into contemporary Black dance in America, inspired by the Brooklyn Academy of Music’s 1983 festival Dance Black America.

Co-produced by Nike, the presentation centers around a multichannel installation of video portraits, with each screen accompanied by a custom dance floor. Viewers are encouraged to use the floors and document themselves doing so at any time throughout the exhibition. McClodden has also developed a series of programming alongside the show, including conversations and performances by several of its featured subjects. One event invites audience members to participate in a dance class led by subjects Audrey and June Donaldson. The couple will teach a popular Black social dance, and the official dance of Philadelphia, called the Philly Bop. 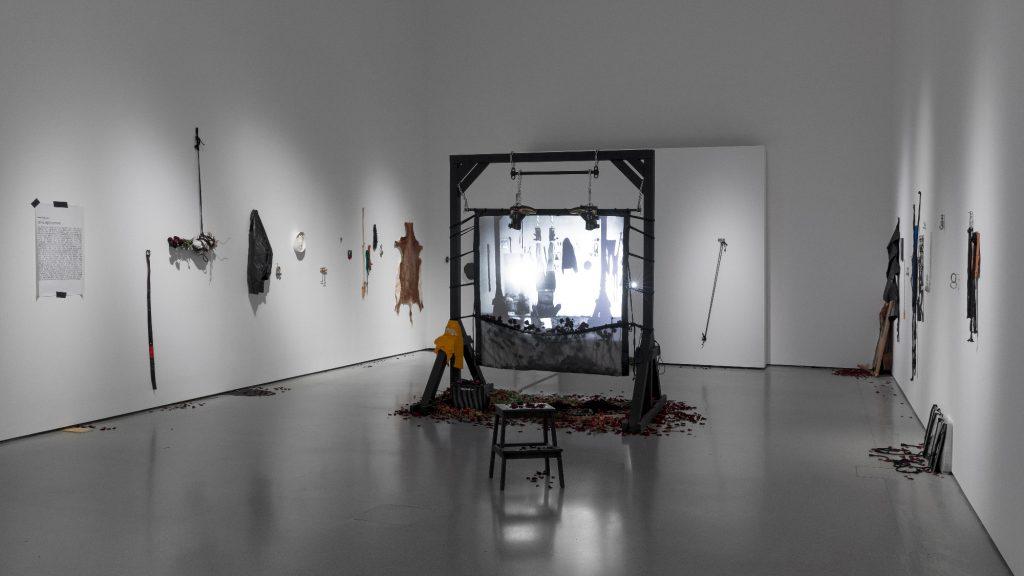 “I’ll go learn from the master and then I might come and do something that breaks the form,” McClodden said of her practice in a recent video produced by The Shed. And her ability to complicate and innovate, both formally and conceptually, while honoring origins, means McClodden continues to expand her role in the art world, from an influential artist to that of historian and cultural custodian.