Home News As Dealers Set Up Outposts in Paris, Mathieu Templon Explains Why His... 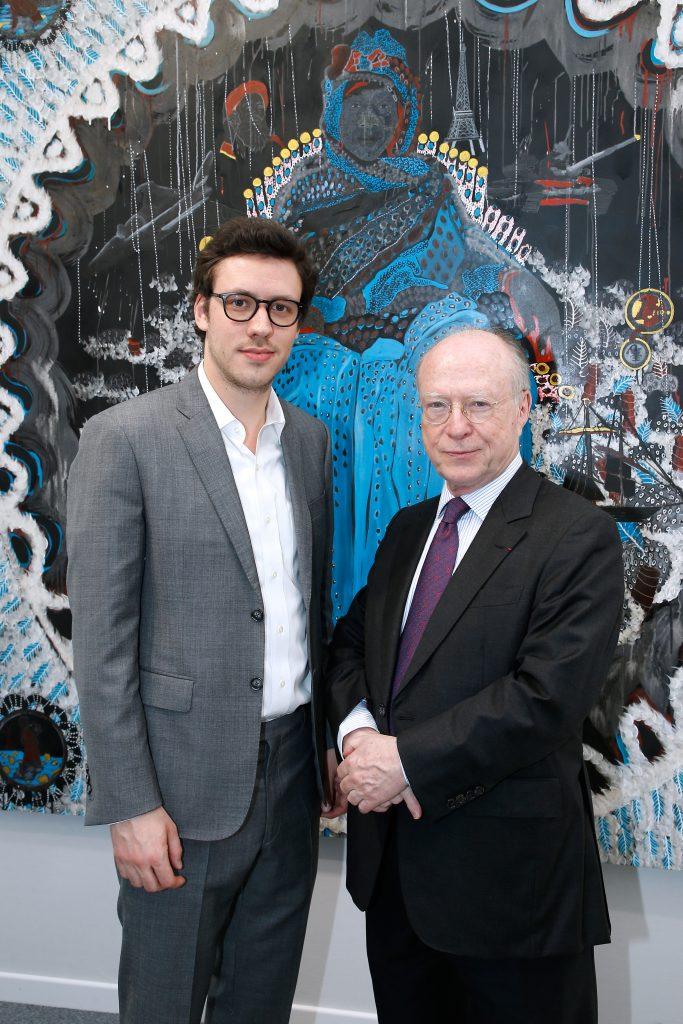 As international gallery powerhouses and market leaders like Art Basel migrate to Paris, lured by the city’s newly energized art scene, one historic Parisian gallery is reversing the flow of traffic. For the first time since opening in 1966, Galerie Templon is expanding across the Atlantic, and will open an outpost in New York’s Chelsea neighborhood on September 7, with an Omar Ba exhibition.

It might seem like an odd time for a Parisian mainstay gallery like Templon to test its wings outside of Europe, after half a century of sticking close to its roots (in addition to two spaces in the French capital, the gallery opened a space in Brussels in 2013). After all, the roster of mega-galleries vying for a slice of the gateau in Paris following Brexit continues to grow: recently Hauser and Wirth entered the fray, while Paris + by, Art Basel will inaugurate its first French edition in October, adding to a dynamic stream of contemporary art initiatives and private institutions.

But for gallery director Mathieu Templon, the 36-year-old son of founder Daniel, who will be running the new Chelsea locale out of the former Kasmin Gallery space at 293 Tenth Avenue, the move makes perfect sense.

Though anchored in Paris for decades, Galerie Templon bucked a sometimes insular, nationalist trend among French peers—a trend that, through the lens of art history, is now considered an important reason Paris lost its status in the 1960s as the global contemporary art capital. Instead, the French gallery is known for introducing major American painters such as Ellsworth Kelly, Willem de Kooning, and Andy Warhol to the French public as early as the 1970s, and it participated steadily in dozens of major international art fairs at a time when few French galleries were exhibiting in the format, all while simultaneously promoting local artists.

In an interview with Artnet News Pro, Templon discussed the gallery’s solid ties to New York, and the tricky issue of exporting French artists, who still suffer from a relative lack of representation abroad —including by the very same international dealers now staking out territory in the Gallic capital (examples highlighted by French professor of economics Nathalie Moureau in a recent study include Gagosian, which now has three spaces in Paris, but represents only one living French-Italian artist, Tatiana Trouvé.)

Nevertheless, with their New York season opening in September devoted to Omar Ba from Senegal, Ivan Navarro from Chile, Chiharu Shiota from Japan, and Americans Michael Ray Charles and Jim Dine, visitors to Templon’s Chelsea space will just have to wait to see work by French artists, as the gallery prioritizes promoting a global dialogue, shining a spotlight on its U.S. artists who don’t currently have representation in New York, and getting closer to a valuable cohort of U.S.-based collectors. 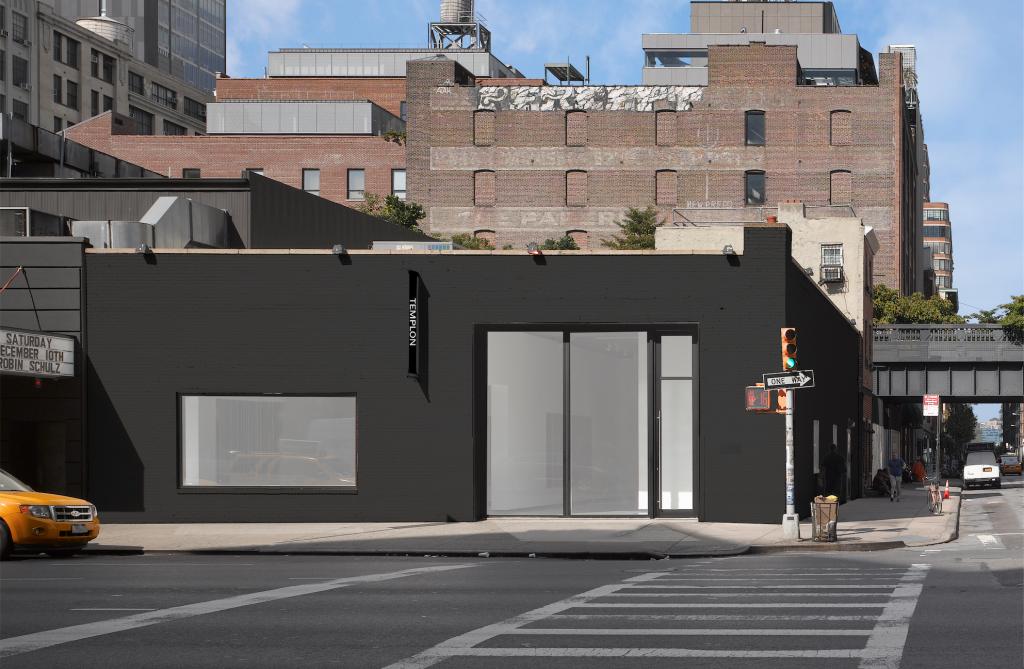 Why open a space in New York now, in light of Galerie Templon’s history as a quintessential Parisian gallery?

The gallery has been in existence for over 55 years and this rich history might shape the perception that we are a quintessential Parisian gallery. We have two gorgeous spaces in Paris, one in Brussels, and New York seemed like the next logical place to expand.

We have always had strong connections with the U.S. I worked for a few years in New York for Sean Kelly Gallery before taking over our Brussels space. My father, Daniel, has had deep ties with New York since the ‘70s, representing artists such as Robert Rauschenberg, Donald Judd, or Keith Haring to name a few. Since then, we have always worked closely with American artists, collectors, curators and partnered with many American galleries. But as the U.S. became one of our most important markets, we wanted to be able to do more to defend our artists there.

What caused that shift?

The development of international art fairs since the early 2000 has undeniably played a great role in the building of stronger relationships with U.S. collectors. We were among the first French galleries to participate in the Expo Chicago art fair and later in the Armory Show in New York, and today Art Basel in Miami Beach is one of our most successful fairs.

Is the expansion to New York a way to promote something specifically French abroad?

In reality, we have been global players since the beginning, promoting an international roster of artists all around the world, through international museum shows or art fairs (up to 15 a year!). For instance, we represent Chiharu Shiota, a Japanese artist living in Berlin, or Omar Ba a Senegalese painter who works between Dakar, Switzerland, and Belgium. Although we are attached to the French scene, we believe in a global dialogue and in the interconnections between generations, regardless of nationalities. Our mission has never been to “promote the French scene,” but rather promote our own vision of who are the great artists of tomorrow.

Today, we work with over 40 international artists and only a minority of them (10, including Abdelkader Benchamma and Prune Nourry) are actually French or based in France. Some of our international artists, including Americans Jim Dine, Ivan Navarro or Michael Ray Charles do not have representation in New York. Therefore, it is natural to open a physical space in New York.

Do you feel that French artists are under-represented abroad and by international galleries recently settled in France? If so, do you have a sense of why, and what can be done?

Yes, it is clear that the international galleries who have moved to Paris over the last few years have not shown much interest in the local art scene or French artists. But they cannot be blamed. It is not part of their history, it is not their interest nor expertise and it is perfectly fine. Many French galleries, big and small, are already doing a fantastic job at showing and promoting French artists. What we need is the support of our institutions and museums, both in terms of exhibition and acquisition. The challenge is to export our museum shows of French artists.

Why do you think that is the case? What isn’t happening that should be?

French curators need to find the arguments, both artistic and financial, to convince their foreign counterparts. Our experience is that French institutions have always been a bit timid when it comes to explicitly supporting our national scene. It comes partly from a lack of financial resources, partly from a lack of political leadership and a form of insular thinking. Over the last couple of years however, we have witnessed a change in the generation of museum directors. Hopefully this will lead to more ambitious international initiatives.

French artists of the 19th and 20th centuries are very well represented in museums outside France, but they are strangely absent from 21st century collection halls. This is striking in the current display of MoMA’s collections, for example. French artists are largely invisible. 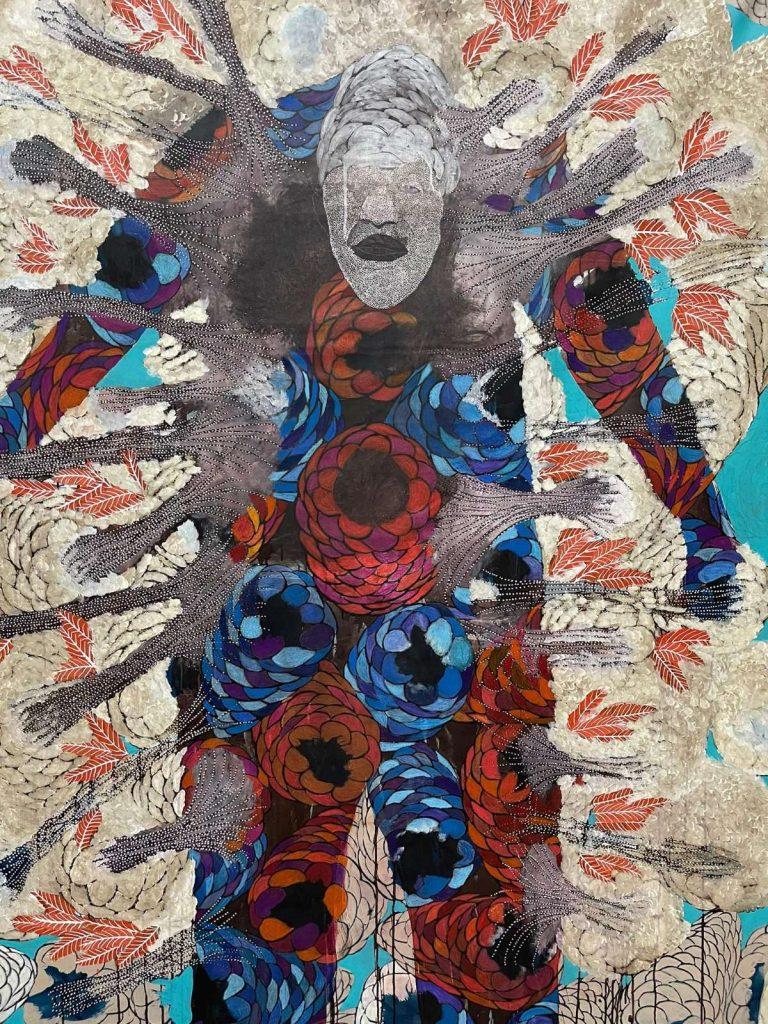 How do you view changes to the Parisian art market in recent years? Are we witnessing a new phase in France’s opening up to the rest of the art world?

Paris has always been a very active city artistically. But today Paris finally got back the place it deserved as Europe’s capital of the art world. It now has a cultural offer like never before, in terms of museums as well as in terms of private foundations and galleries. No wonder so many galleries are opening spaces here.

The market is also very dynamic with many collectors and a public who is genuinely hungry for art. And with the arrival of Paris +, by Art Basel it will drive an even more international audience to the city. We are delighted that the rest of the world is finally becoming aware of Paris’s assets.

Does this increased internationalization risk diluting some of what defines the French art scene?

France has always been very open and welcoming of foreign influences. Think of how many artists have chosen France as their main base. Paris is an incredibly cosmopolitan, tolerant, and open-minded city. This has always been its strength.

What do you think galleries coming to Paris from abroad might not understand about the local art market?

The local art market is very diverse, and it may look opaque for newcomers. Paris draws many international collectors who come for business, auctions or to visit museums, but it also has a very deep and wide range of local collectors with very different profiles. Newcomers will have to adapt to the reality of it.

Can you elaborate on the profiles of French collectors?

French collectors may include well-known billionaires like François Pinault, or Bernard Arnault, but there are also many successful entrepreneurs, high-level executives, lawyers, doctors [who are more discreet]… The number of private foundations or private artist residencies in the provinces is striking, especially in the south of France.

How do you evaluate Templon’s contribution within France?

Galerie Templon had the honor to introduce many international artists to the French audience – Basquiat had his first show in France with the gallery, so did the Chapman brothers, along many others. Not all of them were commercial successes, but we certainly helped shape the contemporary art scene in Paris and we plan on continuing to do so.