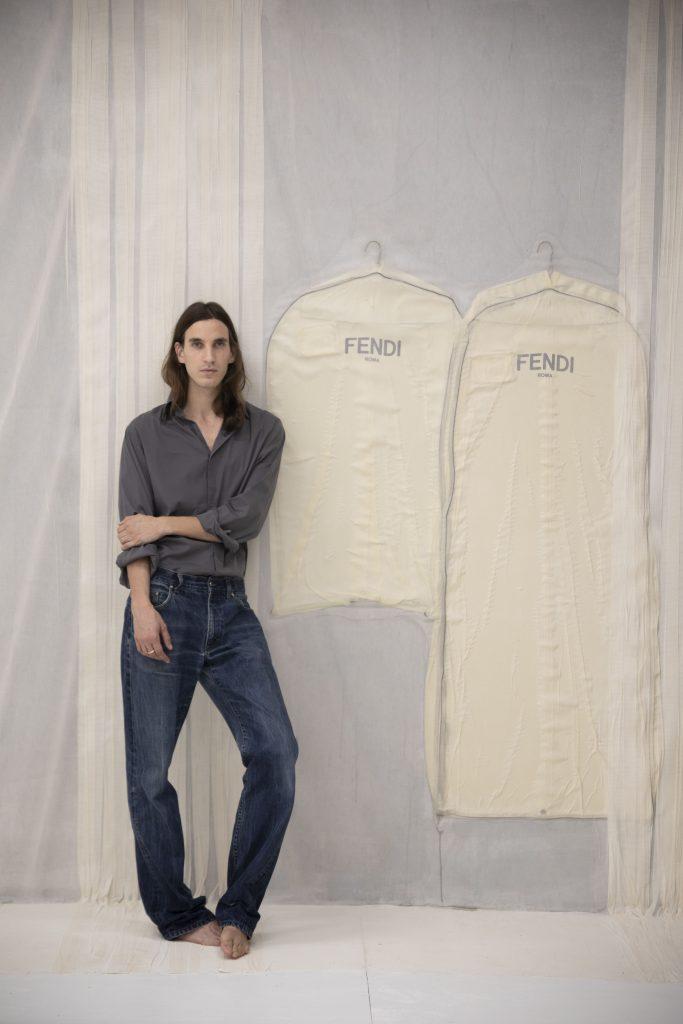 Wandering around Design Miami, it’s not the easiest task to find the Fendi booth. The Italian luxury house is one of the fair’s sponsors, but its booth doesn’t exude any of the “DNA” labels love to talk about. Passing by it looked more like a ghostly triage station. It isn’t so much an oasis as a bleached negation among the hustle and bustle.

Oh wait, there’s a Fendi Peekaboo purse splayed on the floor, or what’s left of it. The artist Lukas Gschwandtner filled each compartment with plaster, before cutting away the original material to reveal the bag’s inner construction imprinted on the cast. 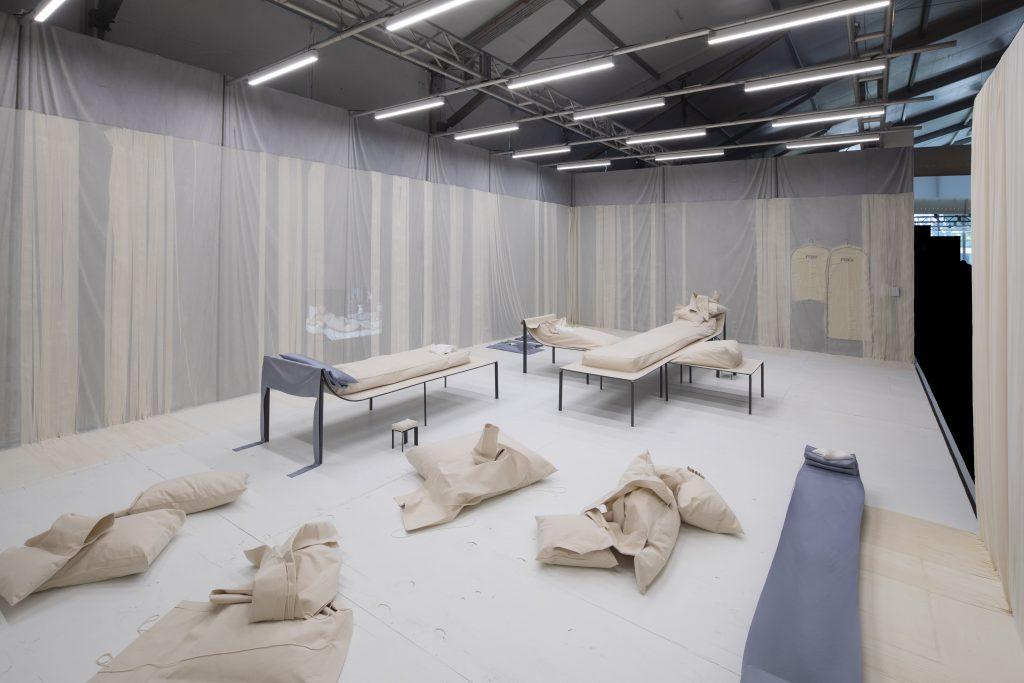 The Vienna-based artist had preserved an artifact, transforming the Peekaboo into an excavated ancient Roman relic. The installation “Triclinium” is his broader vision of the epoch—and a very loose and abstract one. “I wanted to be intimate,” he said.

The installation is on view for the remainder of the fair and it consists of a formation of his canvas-covered cot-like chaises longues, fabric sculptures, and a lot of empty space. There are a lot of ideas tucked away in the deceptively minimal space, with the artist exploring shape, texture, and time.

Gschwandtner ignored the “Do Not Sit” sign to put his chaise to use. Imprinted on the wall behind him were two Fendi garment bags, an afterthought from the artist that works well. “I took those from Rome with me and my suits were in there,” he commented, “but then I thought maybe I’ll use them as a curtain and it’s a nice moment of capturing fashion.”

Scattered on the floor nearby were parts of his ongoing ‘Pillow Portraits’ series, where he makes a wearable 3D canvas garment based on a 2D grid of artworks of women in repose on chaises longues. For the Design Miami project, he was inspired by an Italian research mission in Rome, Fendi’s home base. 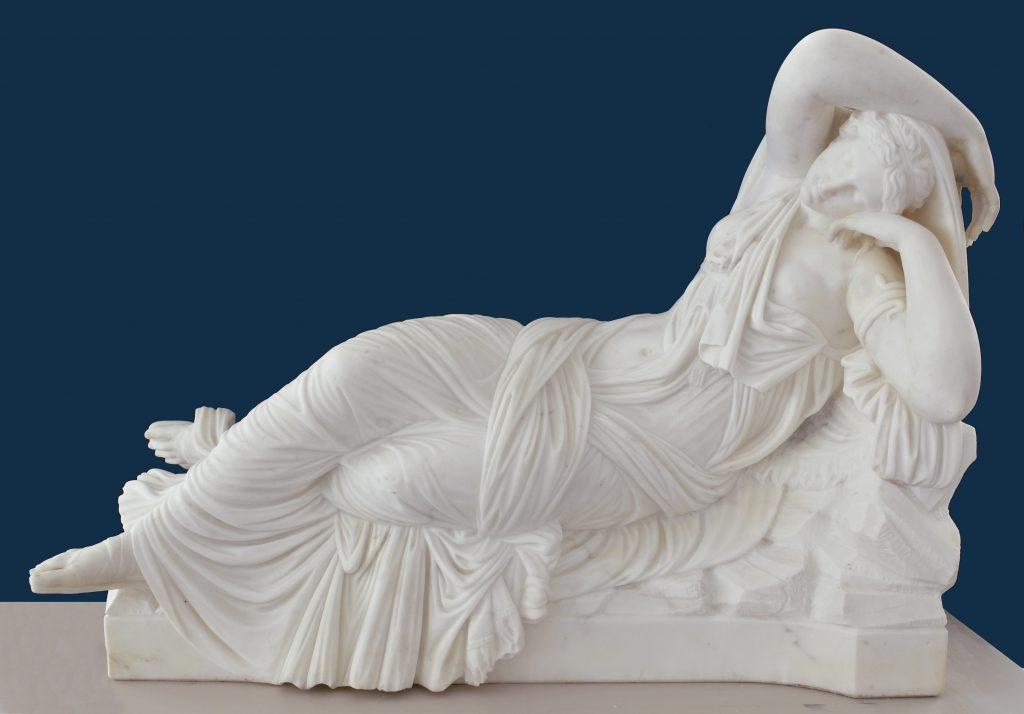 Gschwandtner was inspired by the reclining grandeur of () © Musée Crozatier

Specific works distilled into soft sculptures include Antonio Canova’s (1805–1808) and Titian’s (ca. 1534), as well as (2nd century B.C.E.). Almost imperceptibly, some of the foundational paintings are projected against the wall of the booth.

“It’s portraits, historical paintings, or sculptures of women lounging in history that I find interesting,” Gschwandtner said. “I wanted to find a way to translate that directly into something that I can wear to understand how this woman has been laying, or their movement or their body language. What I did is directly translate them from the painting onto my canvas.”