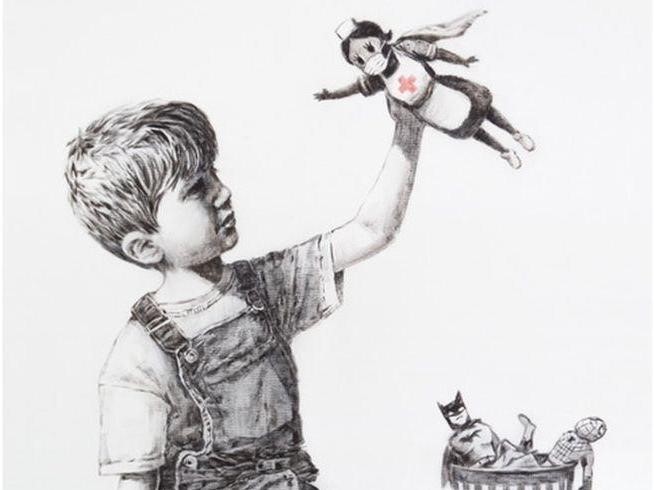 Banksy has unveiled a new artwork in Southampton General Hospital depicting a nurse as
a superhero.
The piece, titled Game Changer, can be seen on Level C of the building and was made as
a thank you to staff for their hard work during the coronavirus pandemic.
Following its unveiling, the enigmatic street artist left a note for hospital workers, which
read: “I hope this brightens the place up a bit, even if its only black and white.”
The artwork specifically shows a boy playing with a nurse superhero toy, while figures of
famous costumed heroes Batman and Spiderman lie in a rubbish bin.
This nurse wears a cape, face mask, and a white apron emblazoned with a red cross. She
also has her arm raised as if she is flying. 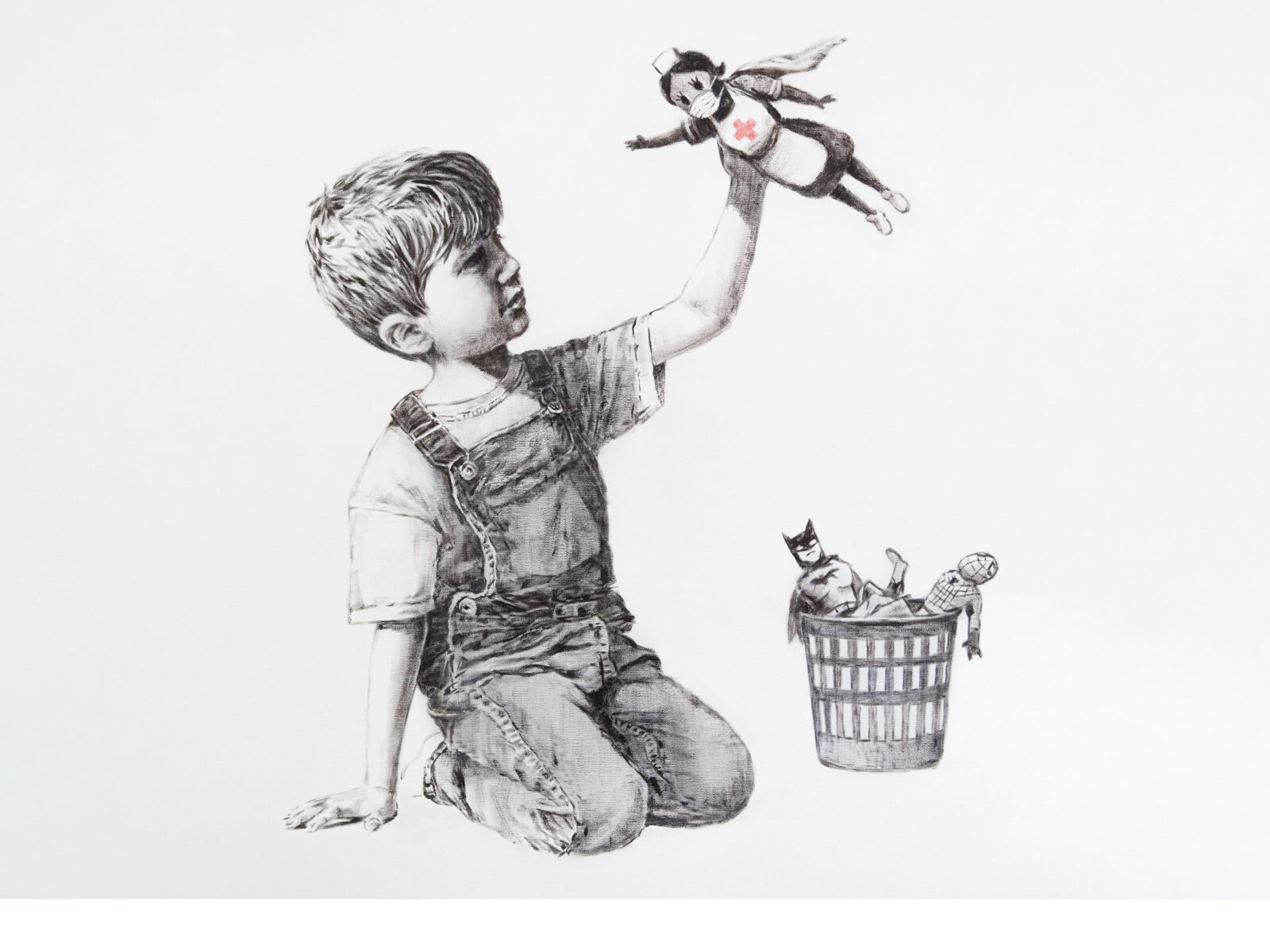 It will be available to view in public once lockdown guidelines are lifted.

A spokeswoman for Banksy also confirmed the artwork will eventually be auctioned to raise money for NHS charities.