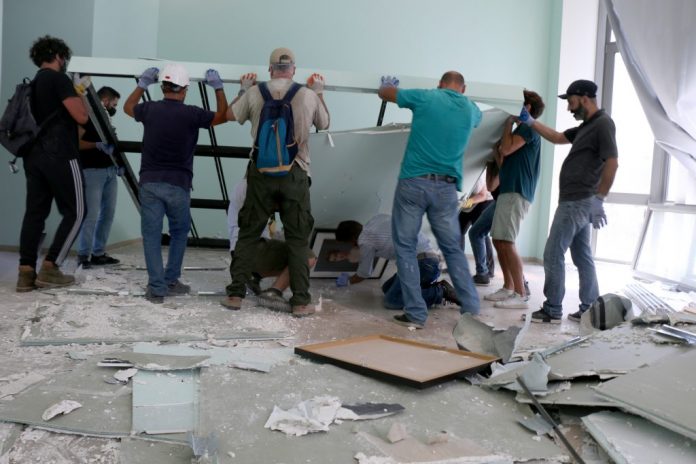 Cultural institutions in Beirut, affected by a major explosion in the port, are preparing for rehabilitation work. Staff is now removing the rubble from museums and galleries partially destroyed by the accident. The explosion affected two major neighborhoods in the city, where the cultural life of the Lebanese capital was concentrated.

“Beirut, more than Lebanon, is central to the entire region. It is a free culture, which is now in danger of disappearing. The survival of Beirut means survival of this diversity, tolerance, culture, and freedom of expression,” said Saleh Baraket, owner of two Beirut galleries.

One of the galleries in Baraketa was affected by the bombing and partially collapsed. In addition, one of its employees was killed. The International Gallery of Sfayr-Semler was also affected, whose building was damaged, but the works miraculously remained intact. UNESCO had previously announced that it would provide assistance to safeguard the cultural heritage of Beirut.

The Thinking Man of the British Graffiti Movement