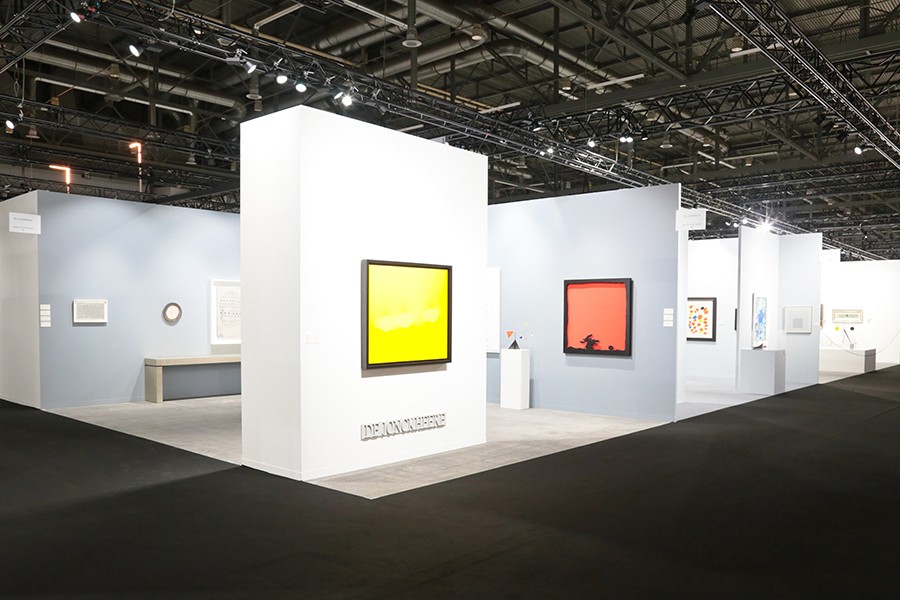 The basis of the world’s most famous private collections is what is called the “old masters”.

The enthusiasm for the currents of the twentieth century has embraced collectors literally in the last decade. And 150, 100, and 50 years ago, when the world’s most famous collections (such as the Rothschild Barons’ collection) appeared, it was in honor of what is called the “old masters”. At that time, no one doubted that these works were a jewel. Nowadays not many people manage to make the jewels visible, and in this art nobody can compare with the Paris De Jonckheere. Imagine how in the darkness (not only for centuries) the tiny still lifes of the small Dutch, the bouquets of the Flemish and the landscapes of Bruegel Jr. populated by tiny figures shine. And although the whole trick is just lighting, you’ll never forget it.

The gallery was founded in 1976 by Georges and François de Joncker in Brussels, then the main branch of the gallery became the Parisian one on Faubourg Saint Honoré. The first exhibition of the Parisian gallery was “Peter Bruegel Jr. and landscape paintings of his contemporaries”. Since then, Peter Bruegel (Jr., the works of Bruegel Sr. were sold ten years ago and have not been on the art market since) has become a landmark artist for the gallery. The exhibition on the same theme Jonkers also brought to Moscow (2005, GIM). Having eaten a dog on Bruegel and the Flemish of the XVII century, gallery owners took up Venetian veduta. At the last Salon of Fine Arts in Moscow (May 2007, Manege) their stand presented two tiny, incredible beauty of the Venice view by Francesco Guardi himself. 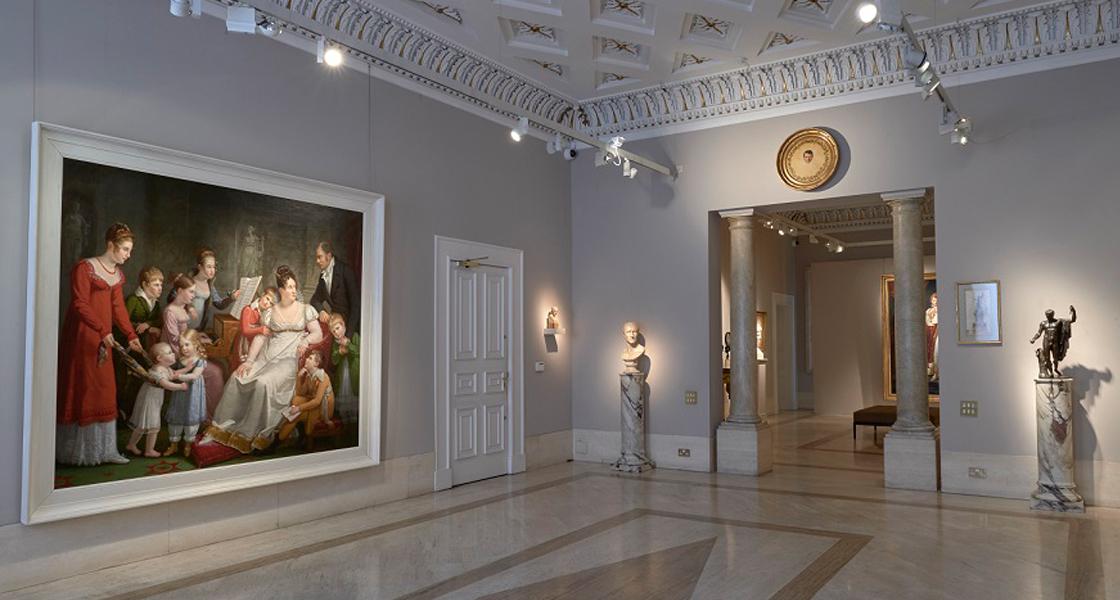 From the early Renaissance to the early 20th century, this is the range of the Stair Sainty Gallery collection founded by Guy Stur-Sainty in 1981. In the London and New York sections of the gallery you can see playful scenes by François Boucher, veduettes by Giovanni-Batista Tiepolo and severe Spanish still lifes. The list of the gallery’s client museums stretches over two pages, including the Louvre Museum, the National Gallery of London and the Metropolitan Museum of New York, and the list of exhibitions indicates the most interesting phenomena in European painting. The court painters of the French kings, the Italian school “macchiaioli” (scenes of the national liberation struggle, painted freely and juicy in 1860-1880), literary reminiscences in the French painting of the XIX century – it can not be said that these are the thorny ways of the art market. Uniqueness in everything – this is the motto of the gallery. 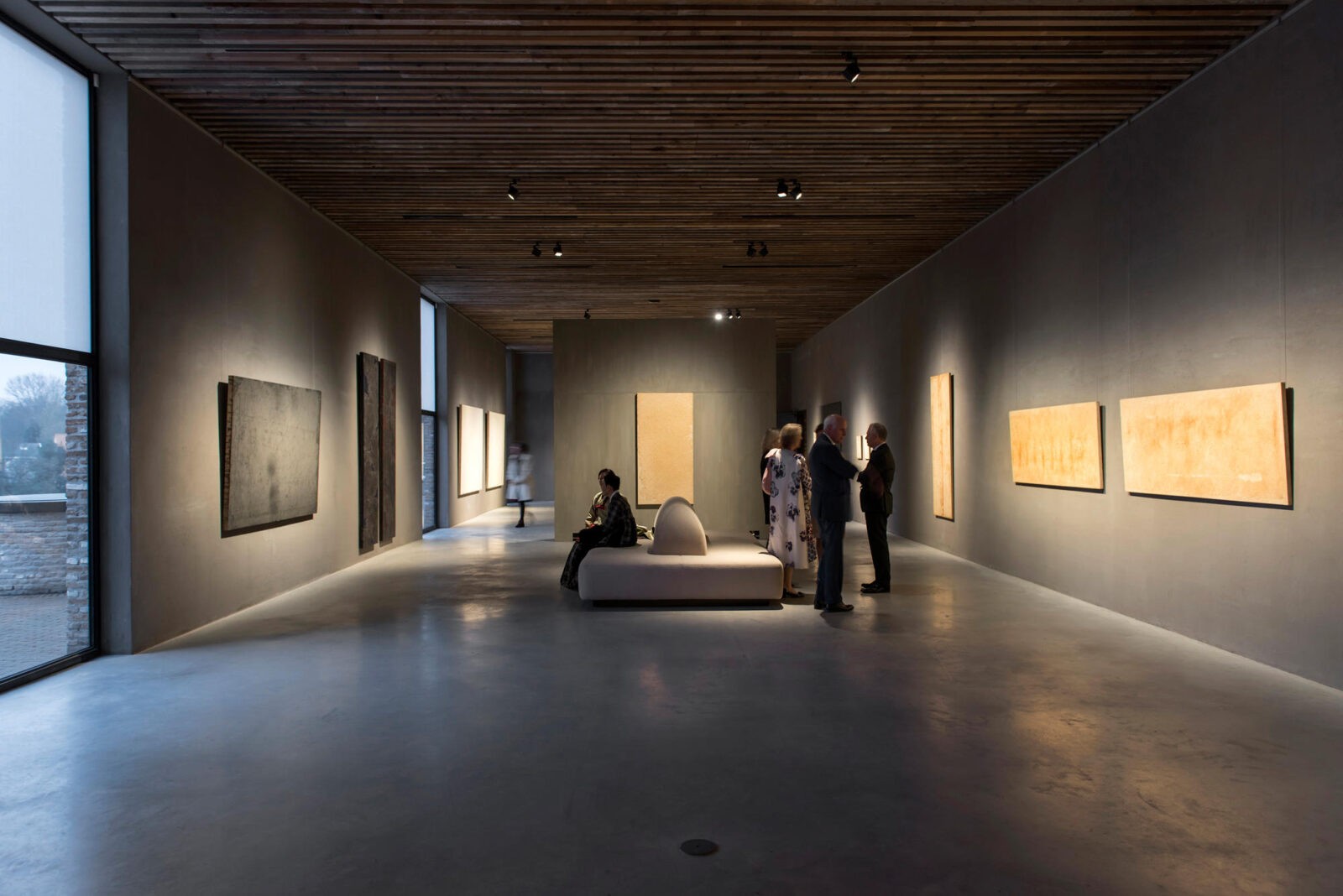 It is easy to consider Axel Vervoordt Gallery to be the heir to the Kunstkammer of the past. The child of Axel Vervoordt, a Belgian collector, designer and art dealer, could be included in the list of the best in any classification. He deals with everything from ancient Egyptian stones to Renaissance bronze, from 18th century furniture to contemporary painting: Axel Verwoordt is more interested in time as a philosophical category. He wrote the book “Interiors Beyond Time” – and became the curator of the exhibition “Artempo. How Time becomes Art”, which is included in the program of the current Venice Biennale of Contemporary Art. You can still have time for it – in the Venetian Palazzo Fortuny, together with colleagues, he came up with the idea of mixing works of Andy Warhol and African tribes, thousands of years of Chinese statues of Buddha and people – “matches” Giacometti. 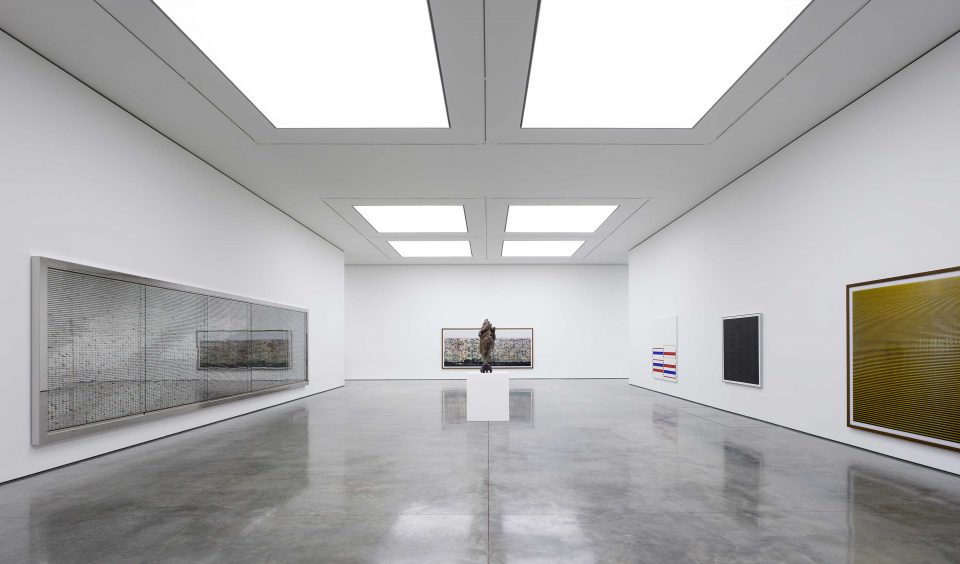 In 1993, in London’s St. James, a nest of traditionalism, he opened the Jay Joplin Gallery to showcase the most provocative art. It was a tiny square room with white walls. However, with the smallest exhibition space in Europe, the gallery quickly became one of the most famous.

The gallery has moved twice since, but the original idea has not changed. The gallery has just exhibited the world’s most expensive work by a living artist – a platinum, diamond studded skull by Damien Hirst, which is now sold for $100 million (the cost of the skull seems to be about $20 million – and other markup “for art”). 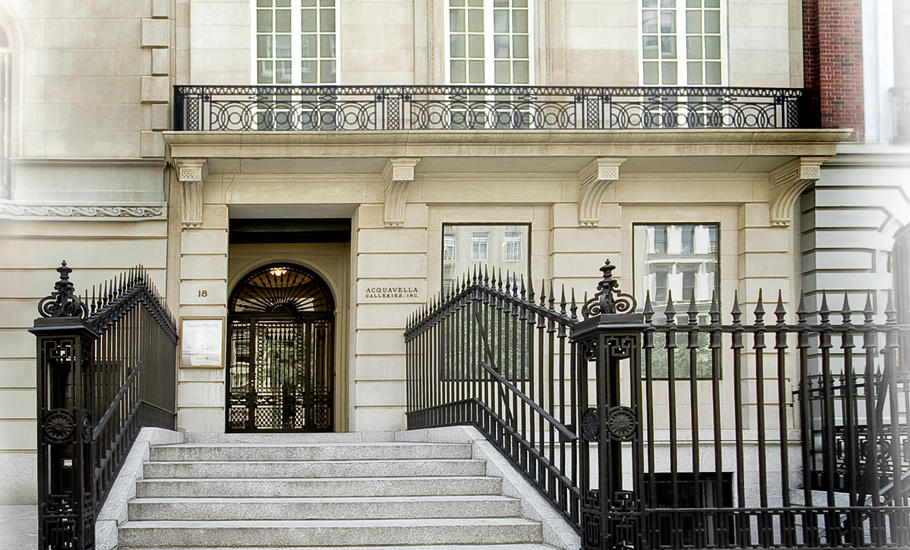 The gallery was founded by the Aquavella family in 1925 and was initially involved in the Renaissance. But since 1960, William Aquavelle (who still manages the gallery) decided to focus on the more lively XX century, and now his clients – the largest museums in the world. Artists – from Dadaist Jean Arp to pop artist Tom Wesselmann (and between them – all the first impressionists). In addition, Aquavella – curator of the collection game tycoon Steve Wynn: the one who pierced the elbow of the most expensive Picasso in the world, valued at $ 139 million. They say that Mr. Aquavella was very upset, but soon consoled: sold at Sotheby’s “Still Life with fruit and a pot of ginger” for $ 36.9 million, having previously bought it at Christie’s for $ 18.2 million.

The child of Philip Caso and Jacques de la Bérodière is worth mentioning, if only because the gallery was one of the first to be taken up by Chaim Sutin. This artist of the “Parisian school” wrote “Russian” in the column about nationality, and his still-lifes with meat carcasses and portraits of boys-travelers long remained on the periphery of the market. When prices for Sutin took a millionth bar, the gallery was already the main expert on his work. Here, too, are proud of the sales of the Degas, Matisse, Modigliani, Monet and Picasso, and at the Biennale des Antiquaires in Paris this year exhibited a painting by Casimir Malevich “Supremus № 684”. Already on the opening night, it was sold for more than $4 million. 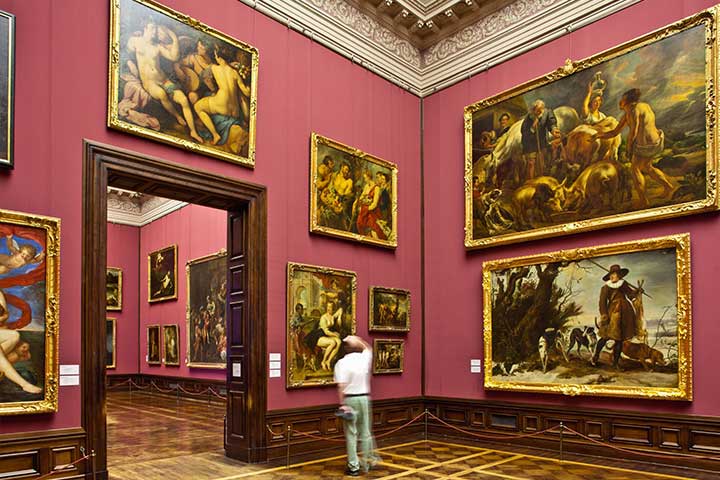 In the Dresden Gallery you can see a collection of paintings by old masters – artists of XIII-XVIII centuries. Later works of art were presented here before, but the collection has grown so much that it had to be divided.

Paintings began to be collected back in the XV century. And in the XVII century, Augustus II set out to collect a rich collection and began to buy the famous works of art, including “Sleeping Venus” by Giorgione and “Kingdom of Flora” by Poussin. Later the collection was enriched by masterpieces by such authors as Titian, Cuccino, Rubens, Rembrandt and many others. In addition, the Dresden Gallery offers the famous Sistine Madonna by Raphael.

By the way, the gallery is located in one of the most beautiful places in the city – the Zwinger complex. 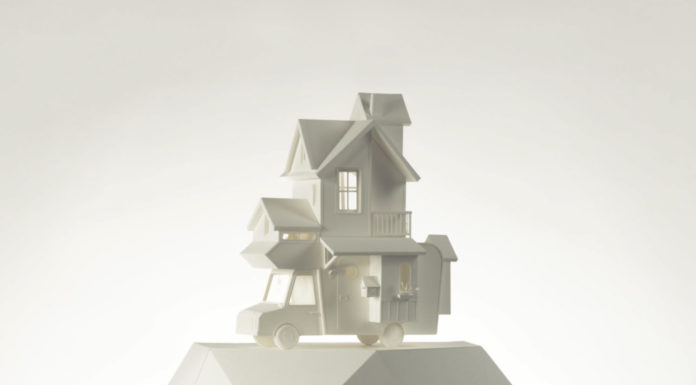 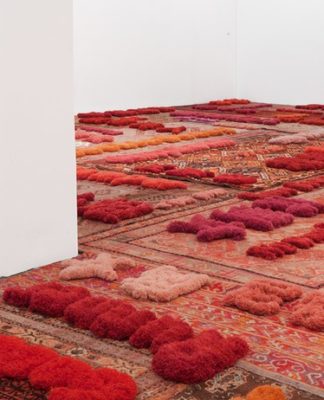 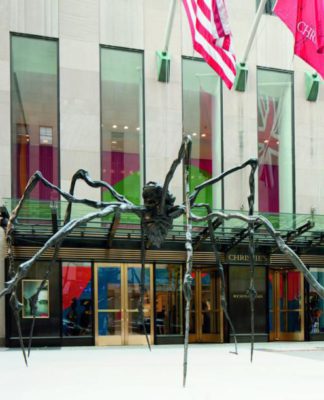 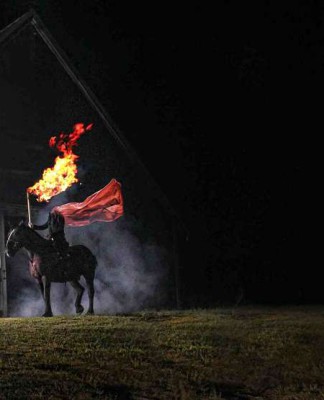 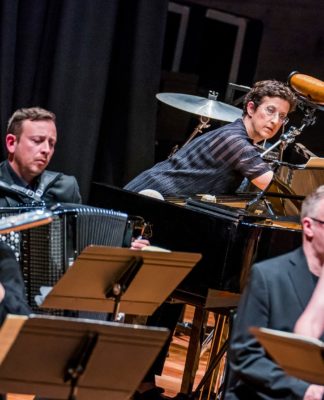