In the flow of announcements of museum exhibitions, summaries of auction houses, and messages from galleries there are important figures of the most influential artists of contemporary art. There are ten masters whose fame has reached its zenith. 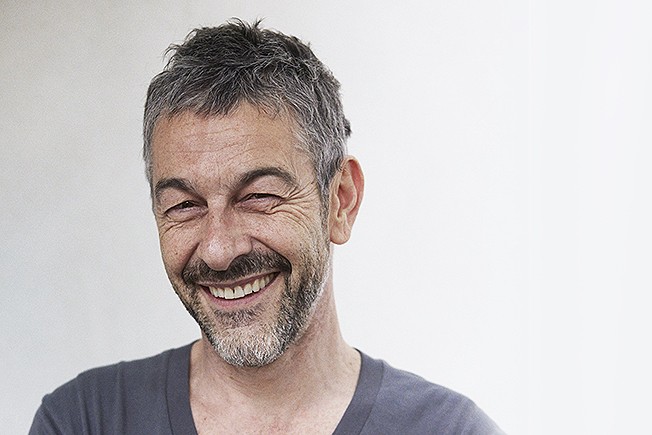 French artist Pierre Huyghe (born 1962, Paris) lives and works in Paris and New York. Conceptualist, one of the key figures in the “Relational Aesthetics” direction of contemporary art, a favorite of French intellectuals. He is widely recognized as the author of multi-channel art videos and video installations. In the 90s he was engaged in post-production (reuse of films and images from magazines and newspapers). In 2017 he was featured in a project exhibited at the Venice Art Biennale – installation “Uncovered” and the film “Dream and Cloud”, shot at the abandoned Parisian Museum of Folk Traditions with the participation of museum workers, as well as a fantastic installation of After A Life Ahead, shown in Münster. Huyghe excavated the floor in an old, abandoned skating rink and installed roof panels that opened and closed according to the musical score. The construction of this installation was preceded by many years of work: experiments and preparatory studies. In addition, in 2017, Yuig was awarded the Nasher Prize, a young but already prestigious award in the field of contemporary sculpture.

Chinese artist Ai Weiwei (b. 1957, Beijing) lives and works in Berlin. His main theme is global problems of migration and his attitude towards migrants. In 2017 Weiwei presented an installation of the Law of the Journey in Prague: a 70-meter inflatable boat with 258 inflatable figures, denouncing the policy of countries that ignore the plight of refugees sailing to safe shores. He also made the film “The Human Stream” with which he made his debut at the Venice Film Festival in September. A documentary and very emotional account of the displacement of millions of people around the world. With his camera, Ai Weiwei visited the Gaza Strip (Palestine), Turkey, Bangladesh, Jordan, on the American-Mexican border. The film is on the shortlist of Oscar-winning documentaries. Ai Weiwei sent 300 exhibits to New York for the exhibition of contemporary art “Good fences breed good neighbors”. Until February 2018, banners depicting refugees are glued to bus stops in Harlem, Brooklyn, and the Bronx. The most important part of the project was a huge steel cage built under an arch on Washington Square.

German photographer (b. 1968 in Remscheid, Germany). Lives and works in Berlin and London. Winner of the most prestigious Hasselblad Award. Many remember Wolfgang Tillmans as a chronicler of youth culture in the 1990s. He was the first non-British man to be awarded the prestigious Turner Prize (2000). All facets of Tillmans’ work were reflected in a large-scale personal exhibition of the master organized by the Fondation Beyeler. His works from 1986 to 2017 include still lifes and candid portraits, Hegoh images, photos were taken without a camera and ultra-modern audiovisual installations. 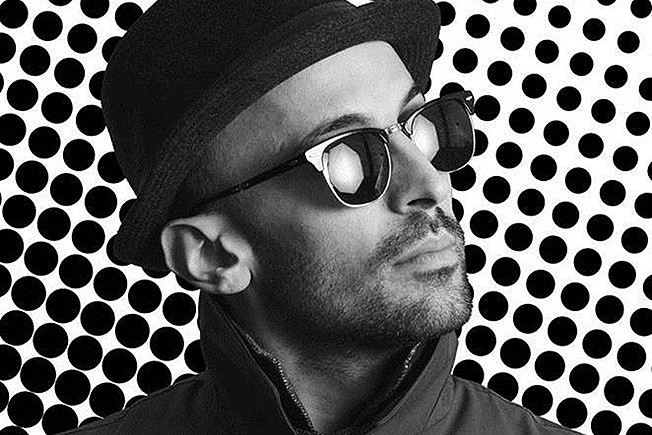 In September 2017 a huge baby appeared on the border between Mexico and California. Baby Kikito is a figment of the imagination of 34-year-old French street artist JR. Kikito curiously looks through the border fence installed in the Mexican town of Tecate. He appeared there thanks to the support of locals immediately after the Trump decree forbidding the legalization of juvenile defectors. JR (b. 1983, in Paris) lives and works in Paris and New York. JR initials Jean René, he was born in the Parisian suburbs and started with graffiti on walls and roofs. At 18 he found a camera in the subway forgotten by a tourist, and this decided his fate. He’s often called the French Banksy. Among the most famous projects are “Hero Women” (2008) and “Wrinkles of the City” (2012). In 2017, JR directed Faces/Places with Agnès Varda, an 89-year-old film director. The film, a journey through the French suburbs, tells the story of the beauty of the world, the chance and unexpected encounters, and the friendship that grew out of the collaboration of two completely different people: director Agnès Varda and artist JR, who reminded Agnès of young Godard. In 2017, the film won a prize at Cannes, and Agnès Varda won an honorary Oscar for his services to cinema. 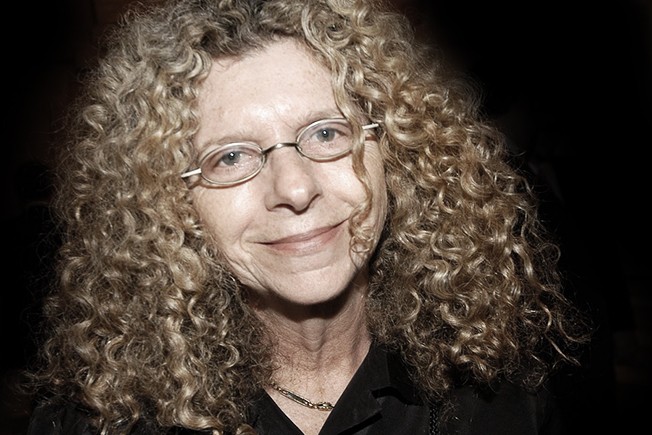 American artist Barbara Kruger (born 1945 in Newark, USA) lives and works in New York and Los Angeles. Kruger has already entered the history of contemporary art due to her spectacular works with typography and fonts, as well as explosive social and political temperament. In 2017, Barbara Kruger took a retrospective at the National Gallery of Art in Washington, DC. In Berlin’s Sprüth Magers Gallery, she presented a Forever installation, a room with black and white inscriptions of phrases from the novels of Virginia Woolf. In New York, at the Performa 17 Biennale, Kruger covered a school bus, an ice rink, and subway cards in red and white. The central part of the project was the software work “Unitled” (Ignorance – Bliss).

Yayoi Kusama (b. 1929 in Matsumoto, Japan) lives and works in Tokyo. Kusama’s career has been developing for 70 years. Today, the 88-year-old Japanese artist is a legendary pop star. Her exhibitions in America, Europe, and Asia are lined up with huge lines. In many ways, the success of her art, which effectively combines minimalism and pop art, was ensured by social networks: Kusama’s installations, loaded with unreal drive, have long been the most fashionable background for selfies. Kusama is not only loved by the general public but also commercially successful. One of her works was sold at Christie’s auction for about $7 million. In 2017, her museum opened in Tokyo. The five-story building was erected near the artist’s studio and a psychiatric hospital, where Kusama has voluntarily lived since 1977. In addition, a book for children dedicated to Kusama’s work was published in 2017. The year ended with the artist’s grand exhibition at the Judd Foundation and two projects at the David Zwirner Gallery – “Endless Mirror Rooms” and “Endless Network”.

British artist Damien Hirst (born 1965, Bristol) lives and works in London. “Undoubtedly one of the worst exhibitions of the last decade”, – wrote the art critic Andrew Russet about the large-scale project Hirst, shown at the art biennale in 2017. “The Treasures of the Sunken Unbelievable” is a grand installation that has occupied both exhibition spaces of the collector Francois Pinault in Venice: a bronze Mickey Mouse overgrown with corals, jade head of the Medusa Gorgon, Egyptian statues, Greek armor, Chinese bells, gods and heroes … According to Hearst himself, the exhibition “Treasures from the Wreck of the Unbelievable” was worth more than 50 million pounds. This is contemporary art: prices for individual items range from a few hundred to millions. Sculptures in the exhibition alternated with glass cabinets, which illustrated the oldest of Hearst’s ideas – exhibiting things in a showcase, we give sacred meaning to the act of collecting. “It’s all about what you want to believe,” said Hearst in an interview with the New York Times. Hearst’s last major retrospective took place in 2012 in London’s Tate Modern, following this project in which he spoke extensively about his death, his main activity was to build his own Newport Street Gallery (opened in 2015). In 2016, he returned to Larry Gagosian, a gallery owner who influenced not only his aesthetics. 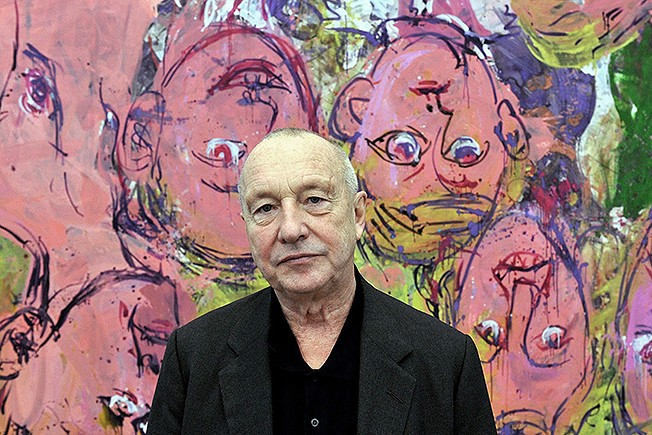 Georg Baselitz (real name Hans-Georg Kern) was born in 1938 in Deutschbazelitz, Germany. He lives and works in Salzburg, Austria. Artist, the graphic artist, and sculptor, rightly called one of the main figures of German neo-Expressionism. In 2018, the 80th anniversary of the artist will be celebrated with a grand exhibition in the Swiss Fondation Beyeler. Baselitz will appear in the fullness of his work as a painter, sculptor, and fantastic master of printed graphics. The exhibition, organized in close collaboration with the artist, is as close to the genre as possible to a retrospective, bringing together many of the most important paintings and sculptures created by Baselitz over the past six decades. Powerful, large-format canvases that showcase every stage of the artist’s career reveal the enormous range of his creative imagination. The critic of abstraction Baselitz throughout his life sought to develop the traditions of subject painting and in each decade in some amazing way found himself among the most advanced avant-garde artists.