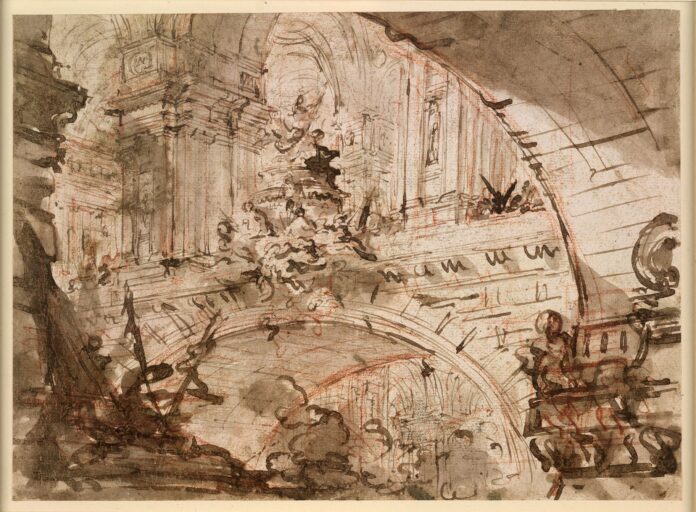 After more than 50 outings, this Diary has scored a small victory; following my article on the carbon cost of the British Museum’s NFT sales, the company behind the operation has overhauled its environmental policy. Previously, La Collection said they would plant one tree per NFT created, but this underestimated the amount of carbon an NFT would produce over its lifetime (since each transaction on the blockchain is so energy intensive). Now La Collection say, “We’re not just planting trees but actually growing an entire forest.” It’s good to know I’m doing my bit for the planet, one ranty column at a time.

Might the forest outlive NFTs? I write in the middle of a crypto crash. Bitcoin is down by 70% from its peak. Ethereum, used to trade NFTs, has fallen further. But the British Museum is persevering, and has announced new NFTs of Piranesi drawings. Can this museum quantitative easing continue? One of the museum’s Hokusai NFTs which sold in November for the equivalent of $20,000 is now worth just under $5,000. You can still buy an actual Hokusai print for less. Those of us who warned it wouldn’t last were told we just didn’t understand crypto. Yet one asset bubble looks much like another.

A good friend never says “I told you so”, but I’m on a roll now. Prompted by news of the UK art market falling from the world’s second largest to third, I revisited an article I wrote for The Art Newspaper just five days after the Brexit referendum. I predicted that increased customs and shipping costs would lead to the art market shrinking, as it has, and that many of the changes the market hoped Brexit would bring—abolition of the Artist’s Resale Right and import VAT—would never happen. They never did. And how’s this for soothsayerness: I predicted Boris Johnson would be prime minister. I even said he’d be a disaster. But I think we all knew that.

On the other hand, long-suffering Diary readers will recall many times I’ve been wrong, and since I’m in a retrospective mood, here’s one that surprises me. In February 2021 I criticised museums for laying off so many staff, arguing that once the pandemic was over, museums would see a flood of visitors and quickly rehire. But figures from the Department for Digital, Culture, Media and Sport (DCMS) for the first quarter of 2022 show visitor numbers are significantly down, over 50% lower compared with the same period in 2019.

Does this represent people’s caution as restrictions end? Are overseas visitors refusing to come back? Or did we get used to consuming so much remotely in our homes, including culture, that we’re now less interested in the real thing? Who knows. But I noticed another concerning figure in the DCMS statistics: during the pandemic, visits to museum websites actually fell. It reflects what I felt at the time, that as a whole, UK museums didn’t respond well to serving their audiences digitally.

This must partly be because museums still see images of artworks—the foundation of any museum website—as assets to be monetised (whether through image fees or NFTs) rather than freely used. Thus the public only see poor quality images on unengaging websites. By contrast, museums that have no image restrictions, such as the Rijksmuseum in Amsterdam, saw record virtual engagement during the pandemic. Still, I’m optimistic enough to believe UK museums will one day follow suit. If they do, it will be the Diary’s ultimate victory—but I make no predictions.