Home News Call It a Selfie? Donald Trump’s Own PAC Is Paying for His... 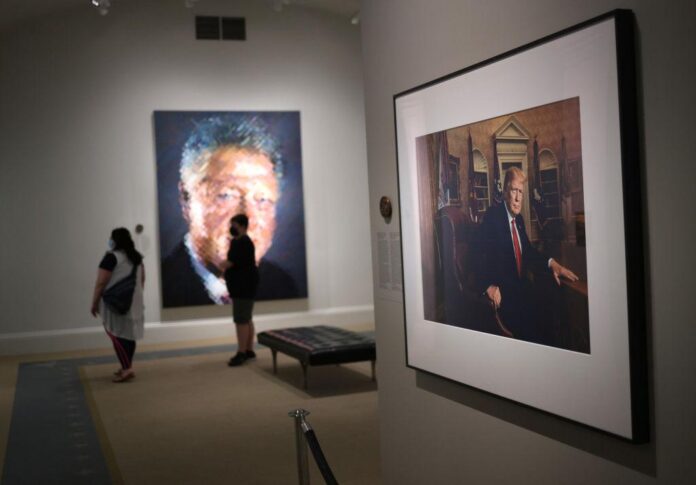 Donald Trump’s official presidential portrait is now in the works—and it’s being paid for almost entirely by his own political action committee.

The Save America PAC, which Trump established days after losing the November 2020 election, disclosed a few days ago that it had made a $650,000 “charitable contribution” to the National Portrait Gallery in July, Business Insider reported.

A spokesperson for the Smithsonian confirmed that the funds will go toward the artists’ fees and other costs related to the portraits for both Trump and former First Lady Melania Trump. Two artists have been commissioned for the jobs; their names will be shared closer to the date of the artworks’ unveiling, the representative said.

While all portraits of presidents and first ladies “are paid for with private funds raised by the museum,” the spokesperson explained, this instance marks the first time a former president paid for his own portrait through a PAC. 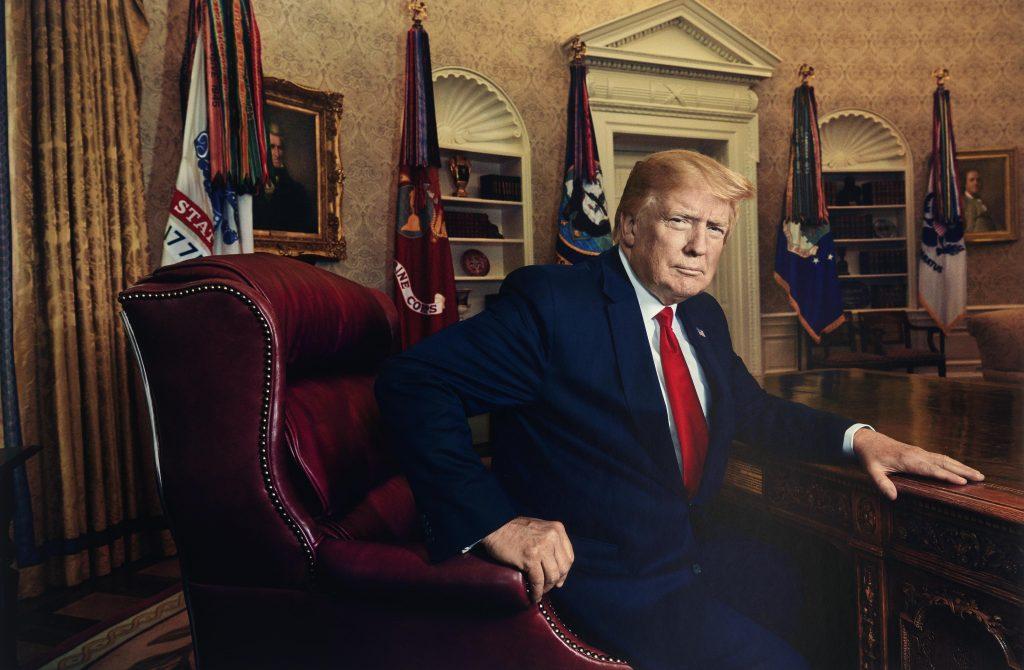 Pari Dukovic’s 2019 photograph of former President Donald Trump, which currently hangs in the National Portrait Gallery. Courtesy of the NPG.

PACs like Save America are subject to few restrictions in how they can use their funds, the Washington Post pointed out. Still, it sets a surprising precedent for such an organization to almost single-handedly fund a museum commission—especially when the leader of the PAC is openly considering a re-election bid. In a July disclosure, Save America reported $99 million in funds, much of which has come from low-dollar donations solicited through aggressive email and text campaigns. The organization has spent nearly $25 million this year.

When asked if the Smithsonian considered rejecting Save America’s donation, the representative from the institution would not comment.

The museum began fundraising for presidential portraits in 1994, when artist Ronald Sherr was commissioned to paint the likeness of George H.W. Bush. Since then, three other presidents—Bill Clinton, George W. Bush, and Barack Obama—as well as their respective First Ladies, have received their own portraits.

The donors behind each portrait are named on placards accompanying the artworks. Celebrity couples Kate Capshaw and Steven Spielberg and John Legend and Chrissy Teigen, as well as dealer Sean Kelly and collector Henry L. Thaggert II, were among the dozens of donors behind Kehinde Wiley’s 2018 painting of Barack Obama.

Since April 2021, a Pari Dukovic photograph of Trump seated behind the Resolute Desk has hung in the National Portrait Gallery’s “America’s Presidents” exhibition. It will be replaced by the official presidential portrait once it is unveiled.

Save America’s donation to the Smithsonian was accompanied by an additional $100,000 gift from an unidentified private donor, the spokesperson for the institution noted.

Symbols of Iraqi civilisation unveiled at the Basrah Museum

Temporary monuments to pop up on the National Mall in Washington, DC, in new initiative

What I Buy and Why: ‘Avatar’ Star CCH Pounder on Building a Collection of More Than 500 Works by Caribbean and African Diasporic Artists