Home News Can the Art-o-Rama Fair Turn the Seaside City of Marseilles Into an... 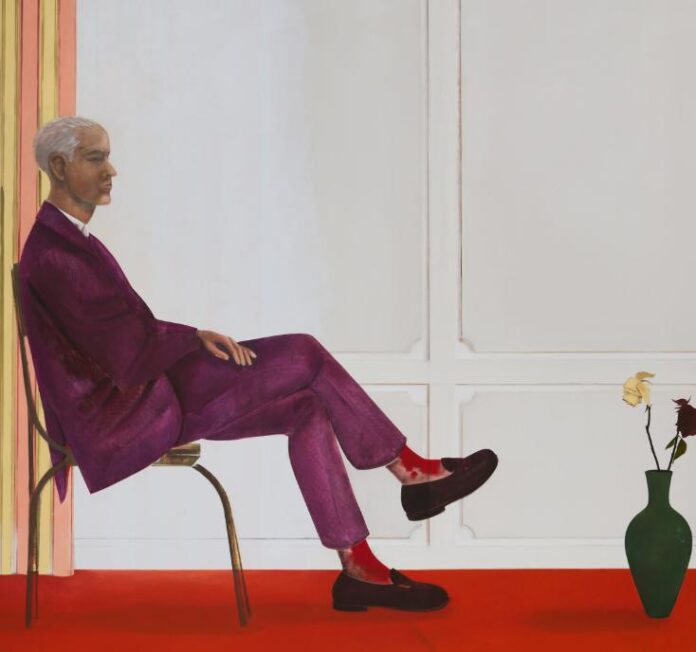 Is Marseille, the second-largest city in France, on the up-and-up? The Mediterranean hub, which has long been characterized by deep socio-economic inequality, may be situated between Montpellier and Nice, but it is a world away from the French Riviera’s glamorous towns of Cannes and Saint-Tropez. According to Insee, France’s national institute of statistics, 26 percent of Marseille’s population was living under the poverty threshold in 2019 (the last year for which information is available) and 17 percent was unemployed.

Yet last week, local newspaper La Provence ran a front-page story declaring Marseille “The place to be!” Moreover, Time designated it as one of the world’s greatest places of 2022, calling it a “Mediterranean darling” in a story about the opening of Cosquer Méditerranée, the replica of a submerged prehistoric cave.

It seems the art world has taken notice.

Gallerists, collectors, and art-lovers flocked to Marseille for the Art-o-Rama fair this month, which ran from August 25 to 28. Held at La Friche la Belle de Mai, a rundown, labyrinthine former cigar factory, Art-o-Rama was founded in 2007 by Jérôme Pantalacci.

Pantalucci previously worked for local art dealer and fair organizer Roger Pailhas. After Pailhas’ death in 2005, Pantalacci decided to start a new fair to support emerging galleries. The first edition of Art-o-Rama featured only five participants. This year, there were 42 contemporary art galleries, and 20 exhibitors of design and editions on a separate floor. 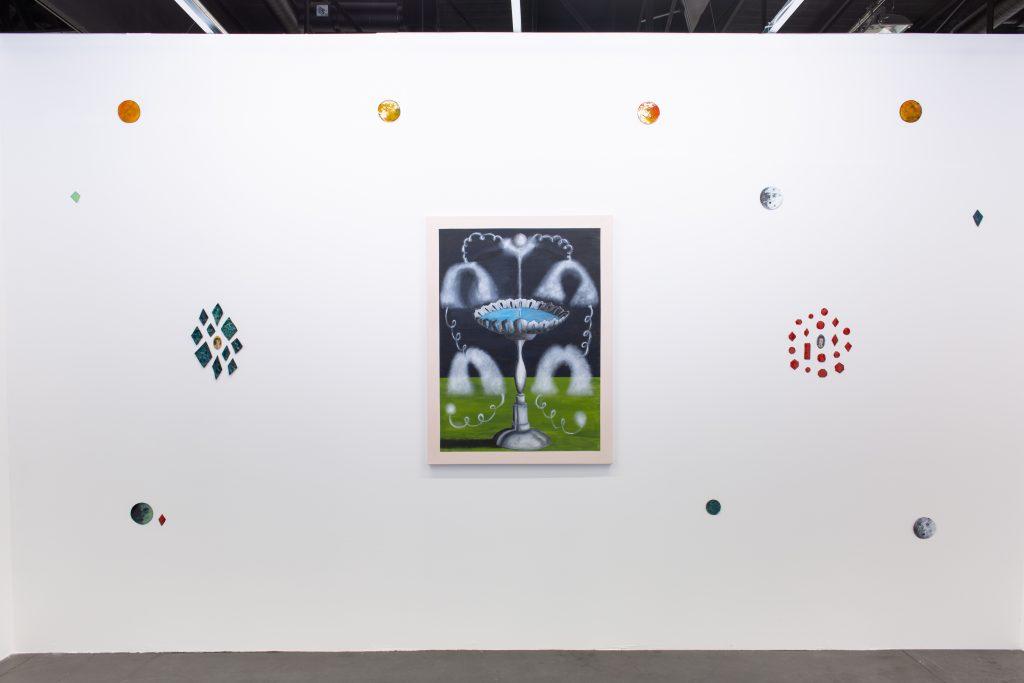 Luke Burton’s solo show at the Bosse and Baum booth at Art-o-Rama. Courtesy the artist and Bosse and Baum. Photo: Margot Montigny.

“Art-o-Rama is a non-profit fair [backed by the municipality] which charges galleries €3,000 [$3,000] to participate, enabling them to do ambitious projects,” Pantalacci told Artnet News at the opening. “We have relationships with all the regional schools, like the Beaux-Arts de Marseille and Villa Arson in Nice, and it’s important that students come to meet gallerists and show their work.”

Charging visitors $5, and free to under-18s and the unemployed, Art-o-Rama aims to make culture more accessible, a goal endorsed by local officials. “We support Art-o-Rama and the other art fairs taking place in order to make contemporary art more democratic,” said Marseille’s deputy mayor for culture, Jean Marc Coppola. (Other fairs in town include the photography show Polyptyque and the drawings fair Paréidolie.)

What attracts galleries to Art-o-Rama is the fair’s intimate, relaxed vibe and reputation.

“It’s the moment of the year just before la rentrée [when the French return to work in September] when everyone is tanned and talking about upcoming projects,” said Antoine Laurent, a partner with In Situ Fabienne Leclerc in Paris. The gallery was showing Argentine artist Marina De Caro, who won the Pébéo prize, which is sponsored by a local paint manufacturer. The company bought De Caro works worth $10,000 for its collection.

Meessen De Clercq from Brussels, another long-standing participant, appreciated the small scale of the fair. “The format’s convivial, and people take the time to look,” said  Olivier Meessen, the gallery’s cofounder, who was presenting a solo show of French artist Théo Massoulier’s meticulous micro-landscape sculptures made of shells and discarded manmade fragments. Priced at $4,400, around 10 sold. 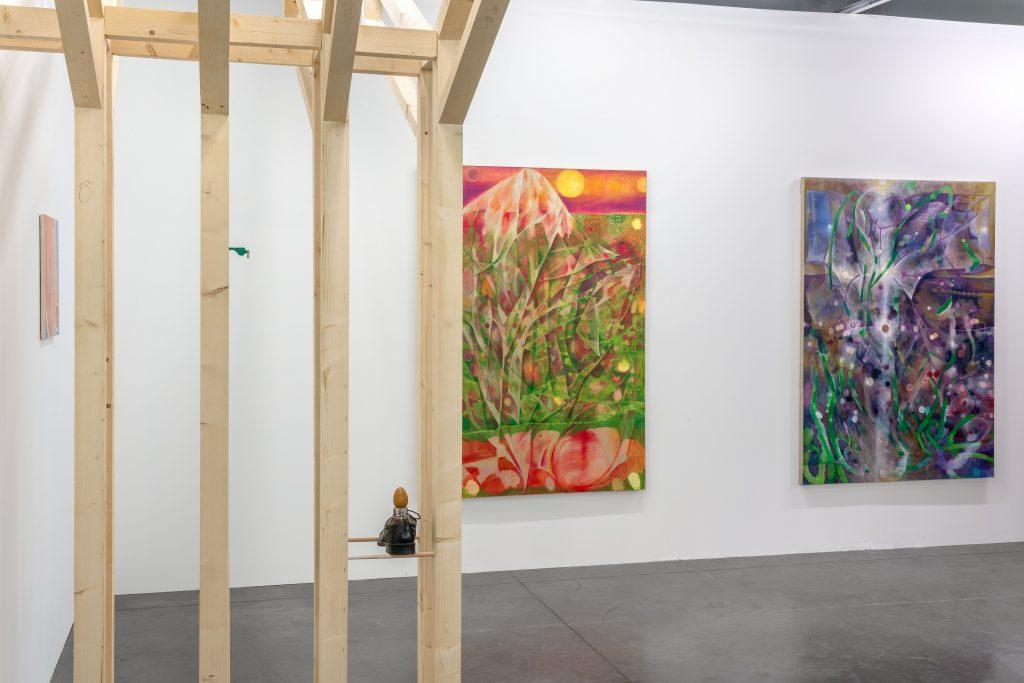 Works by Marlon Kroll and Li Hei Di at the Public Gallery booth at Art-o-Rama. Courtesy the gallery.

The future of smaller fairs was a key topic of debate. “I’ve been coming to Art-o-Rama, which is a breeding ground for good, emerging galleries, for 10 years,” Alain Servais, a Belgian collector, said. “But the quality is a bit weaker this year because the organizers have squeezed in too many galleries. The future for smaller fairs is solo shows but many galleries this year have multiple-artist shows which makes it less interesting.”

Sophie Tappeiner from Vienna, a committee member, conceded that the fair was “a bit fuller,” adding: “I don’t think we could fit any more galleries inside.” Other gallerists, wiping their brows in the scorching heat, were snippy about the lack of fans or air-conditioning.

Some of the galleries from Barcelona, Bratislava, Naples, London, and the US were participating because their artists had a connection to Marseille. “Marseille is a wonderful city and our artist Constantin Nitsche [from Germany] lives here now,” said Scott Cameron Weaver, director of O-Townhouse from Los Angeles, which sold all of Nitsche’s striking figurative paintings for between $7,000 and $20,000 each. 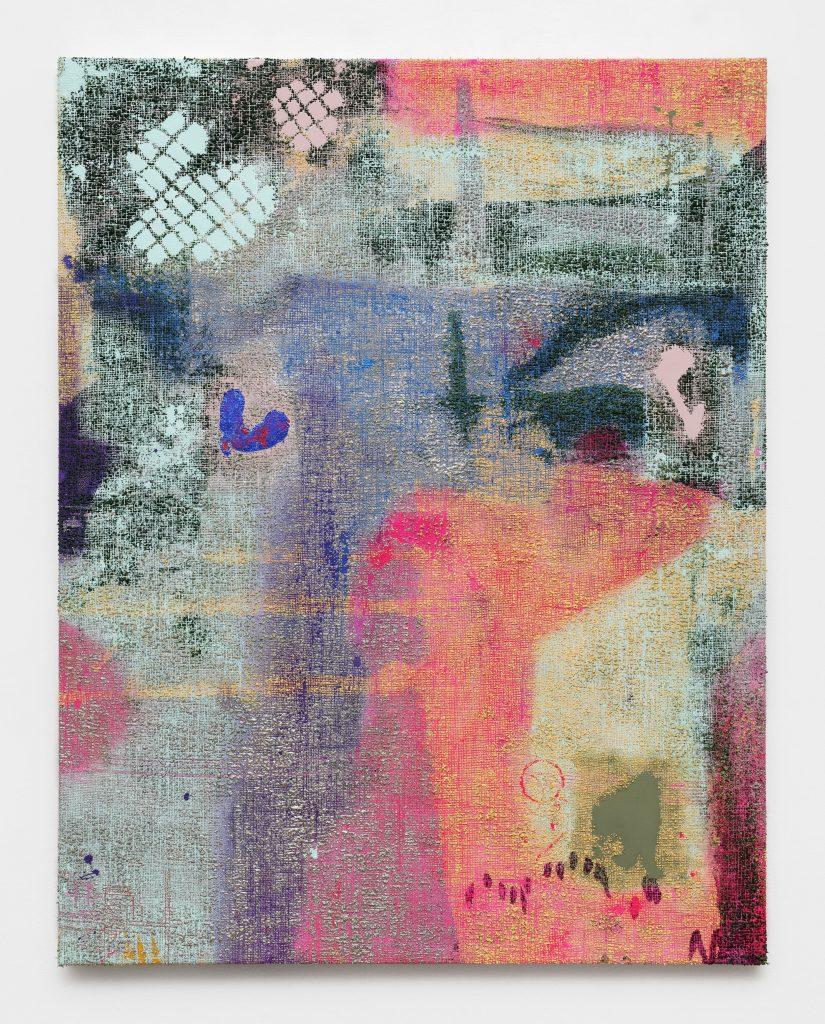 Meanwhile, Harry Dougall, co-director of Public Gallery in London, picked Art-o-Rama as his first-ever fair because one of the gallery’s artists, Marlon Kroll, had been offered a residency by the fair’s organizers. The calling card of Marseille for artists is affordable studio rents, which are cheaper than in Paris. Many graduates from the Beaux-Arts de Marseille remain in the city while some students from Villa Arson in Nice have also moved in. Several young artists, including Elvire Ménétrier and Clara Buffey, founded the association Atelier Panthera in 2018, while art historians Elise Poitevin and Anne Vimeux recently opened the exhibition space Sissi Club, where Victoria Palacios’ phantasmagoric paintings are on view.

Other initiatives are also happening.

Artagon, an association set up by curators Anna Labouze and Keimis Henni, opened an artists’ residency in the former factory of pastis-manufacturer Ricard in the downtrodden Sainte-Marthe district last year. Experimental spaces have popped up, too. Stefan Kalmár, former director of the Institute of Contemporary Arts in London, has established Octo, a non-profit production office, with curator Raoul Klooker.

“I wanted to get away from fundraising and big structures in order to get closer to cultural production,” said Kalmár, who got to know Marseille whilst serving as co-curator of the itinerant European biennial Manifesta in 2020. At Octo, he is presenting Hannah Black, Juliana Huxtable and And Or Forever’s film about a pangolin on trial for crimes against humans.

However, some artists believe Marseille offers less visibility than other places. “I like working here and exporting my works elsewhere,” said Gilles Barbier whose studio is in La Friche la Belle de Mai, which houses dozens of work and exhibition spaces. “But Marseille collectors don’t support the city’s artists enough. I moved here 32 years ago and not one Marseille collector has acquired my work.”

Samir Laghouati-Rashwan, a graduate from the Beaux-Arts de Marseille, returned to the city after a residency at the Cité Internationale des Arts in Paris, determined to succeed. “I made a political choice to stay in Marseille; people say that if you don’t move to Paris, you won’t be successful and I wanted to prove that’s not true,” said Laghouati-Rashwan, whose three-channel video, Quinquin diaspora part. 1, about the cinchona plant, was in Art-o-Rama’s Showroom section, curated by Aude Christel Mgba. Narrated in the form of a dialogue between the ancestor plant in Peru and its descendant in Cameroon, it explores colonialism in a poetic way.

Indeed, French Portuguese artist Wilfrid Almendra from Cholet in Western France, who settled in Marseille a decade ago, is reaping the rewards of staying in the Mediterranean city. This summer, he has a double exhibition, “Adelaïde,” in the Frac Provence-Alpes-Côte d’Azur and the Panorama gallery of La Friche la Belle de Mai which he imagined as a “common landscape” reflecting on working-class gardens, peacocks, roadside flowers, and industrial zones.

Here’s Every Element of the 2022 Burns Halperin Report, All in One Place