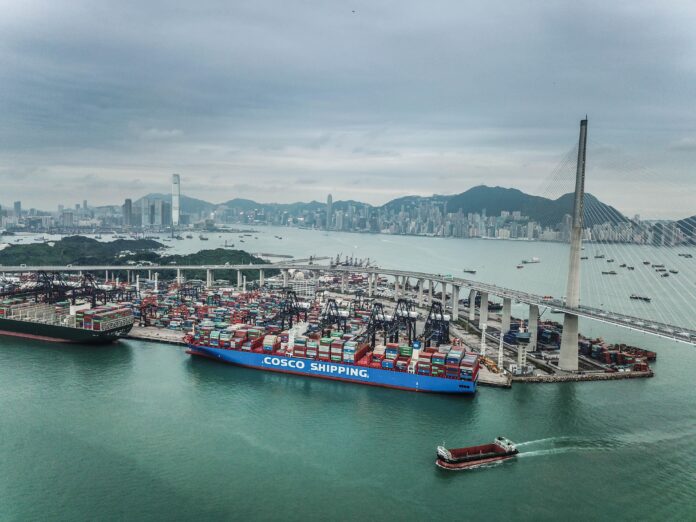 As the market continues to tilt East, the art shipping and logistics company Crozier is expanding in Asia with the acquisition of Integrated Fine Arts Solution (IFAS), a leading art storage and installation firm based in Hong Kong.

Describing the move as a “pivotal moment” in Crozier’s 46-year history, Simon Hornby, the company’s general manager in Europe and Asia, notes how there has been a significant uptick in shipping by sea freight to Hong Kong.

Earlier this year, the firm partnered with Christie’s to send a number of bespoke containers on board ships sailing between New York and London once a month and London and Hong Kong every two months. According to Hornby, the London to Hong Kong route sold out within 24 hours. “It’s about clients being able to rely on a consistent service,” he says.

The Hong Kong expansion will also allow Crozier to grow its business in other parts of Asia, notably Seoul and Singapore. Crozier is one of the official shippers for Frieze Seoul and, according to Hornby, the firm has “quite a few galleries shipping out of London and a couple out of New York, but, interestingly, out of Hong Kong to Seoul”.

While there has been undeniable growth in the Asian art market, there have also been obstacles, particularly in Hong Kong, which has been subject to greater political control from Beijing as well as stringent Covid restrictions. They are only now being relaxed. Nonetheless, Hornby says: “We still see Hong Kong’s role as being a primary gateway—into China and out of China. The Hong Kong dollar is still linked to the US dollar, the system of law is still based on English law. We have no reason to believe that’s going to change in the next 20 to 30 years.”

Indeed, Crozier’s expansions (the firm now operates in 30 locations across 11 hubs in the US, Europe and Asia) can be seen to chart the development of the art market. Founded in New York in 1976 by Bob Crozier, the company flourished on the Eastern Seaboard, acquiring a number of other businesses before launching on the West Coast. Having moved into Switzerland, acquiring firms in Zurich and Geneva, around three years ago Crozier opened in London.

In November, it will open a facility in Paris, which will use electric vehicles. Hornby says the move is “not wholly” the result of Brexit, though it has “certainly accelerated what our clients needed in Paris”. Access between London and Paris has become “very, very active”, he adds.

Climate controlled storage will not be ready in time for the new fair Paris+ par Art Basel, which opens at the end of October, but Hornby notes how Crozier “will have some resources in place to support the galleries coming into Paris for that event”. Going forward, the firm will “use Paris as an additional hub on a rolling basis”.

Crozier’s recent growth is in part a reflection of the demand from clients seeking more environmentally friendly transport options. Furthermore, with the cost of fuel spiralling, shipping by sea is increasingly being seen as a more affordable alternative—saving up to 25% on the cost of airfreight.

As Hornby puts it: “What we’re discovering is that people are happy to receive their art in six weeks time, rather than the instant gratification of receiving it in 48 hours. More people are now making that decision, because they understand that not only is it cost effective, but in the longer term, it has to be part of our industry’s model for reducing our carbon impact.”

How Does an Art Fair Booth Get Nominated for the Turner Prize? A Q&A With Blindspot Gallery’s Founder Mimi Chun